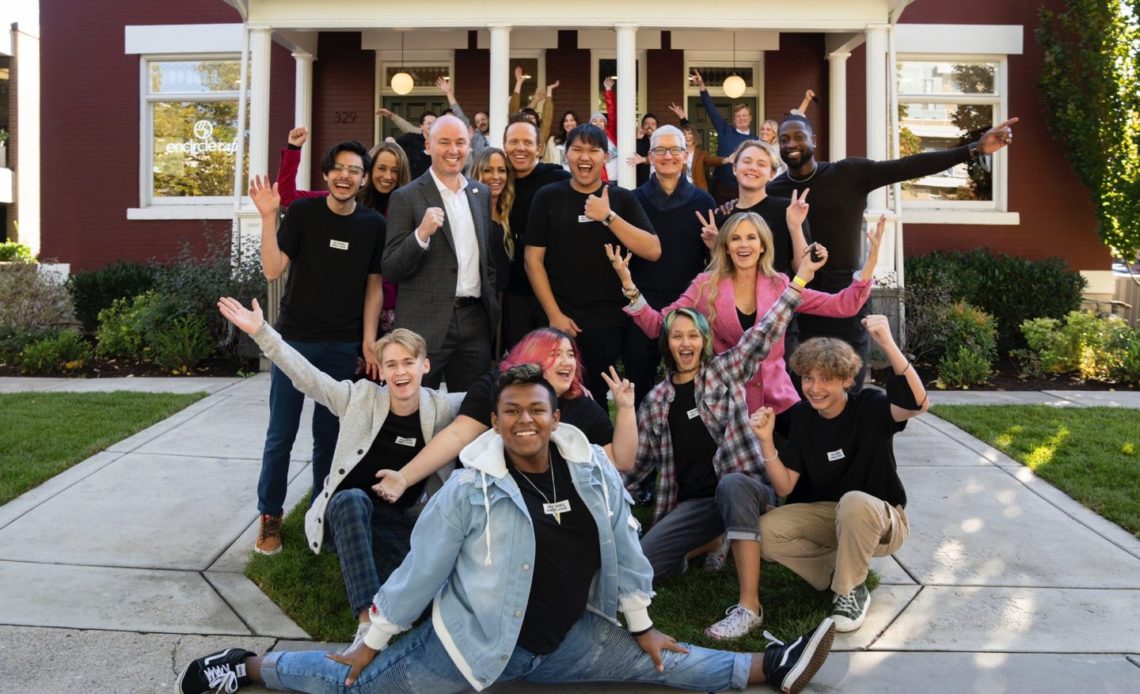 Apple CEO Tim Cook spent the day in Utah meeting with developers and visiting an LGBTQ+ resource center. Cook shared some photos from his short trip on Twitter, including a moment with Apple City Creek Center employees.

On Wednesday, Cook announced support for the Encircle project, which is a resource center aimed at supporting youth in the LGBTQ+ community. There, the Apple CEO was joined by Utah Governor Spencer J. Cox and Utah Jazz owners Ryan Smith and Dwyane Wade.

According to Encircle’s official website, Cook along with the other guests at the event donated $4 million to the project. Since Tim Cook publicly discussed his sexual orientation in 2014, Apple has increasingly supported projects that encourage diversity.

After the opening of Encircle’s first cafe, Tim Cook went to an Apple Store in City Creek Center, where he spent some time with the employees and customers.

At the end of the day, Cook visited some companies based in Utah to meet with app developers. On Twitter, Cook highlighted some of these companies that, according to him, are “solving challenges in important fields like education and health.”