Tim Cook on RCS for iPhone: ‘I don’t hear our users asking that we put a lot of energy on that’ 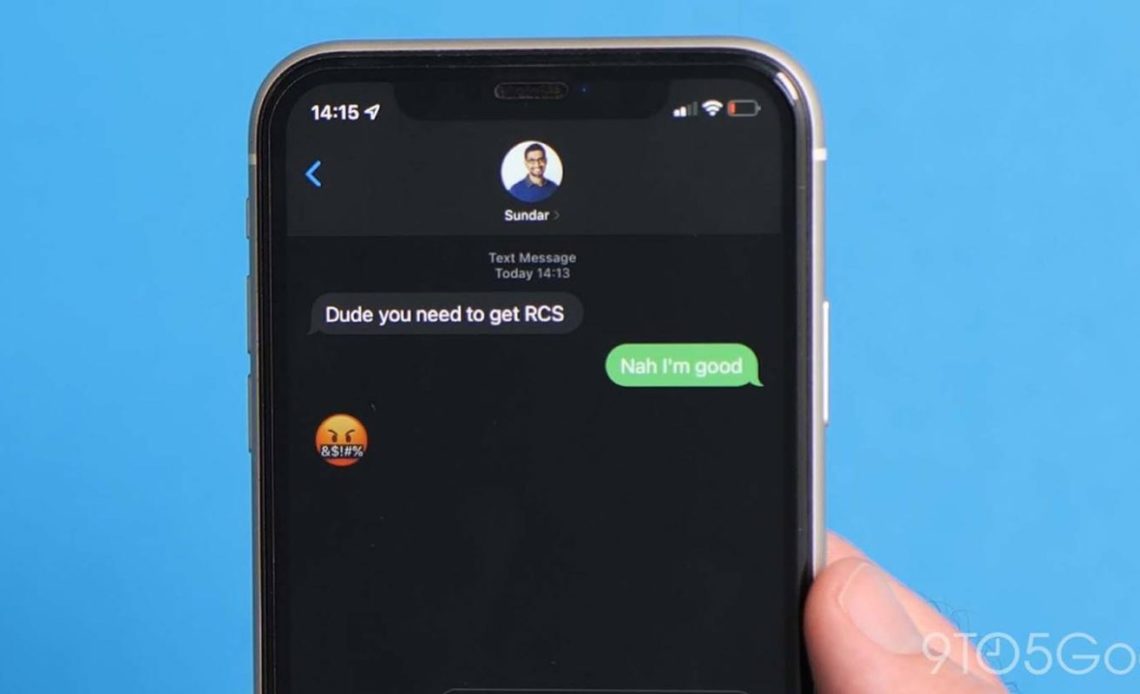 During an interesting session at the 2022 Code Conference with Jony Ive and Laurene Powell Jobs, Tim Cook said that Apple customers are apparently not asking for RCS support on the iPhone.

This question was asked by a member of the audience in the context of improving how iPhone and Android users communicate over text. That person, along with Google as of late, cited Rich Communication Services as the solution to several problems plaguing the current experience.

The Apple CEO responded with the following:

“I don’t hear our users asking that we put a lot of energy on that at this point.”

Cook is saying that Apple users are not demanding RCS on the iPhone to improve the experience of texting with Android users. This is presumably borne out in user data and customer sentiment that Apple tracks. Assuming Cook is relaying those findings accurately, this is not that surprising for iPhone owners that stay within the iMessage network.

However, there are clearly a non-zero number of Apple customers that interact with Android users via SMS/MMS in standalone conversations or group chats that are downgraded from iMessage given the presence of a non-iPhone. The latter is a particularly common pain point. Meanwhile, an Apple executive previously said that “moving iMessage to Android will hurt us more than help us,” while another employee said that “iMessage amounts to serious lock-in” and a reason customers stick with the iPhone.

Cook’s in-jest response was for the questioner to “buy your mom an iPhone” to solve the problem (of not being able to send certain video to Android users). However, the Apple CEO did not necessarily rule out RCS in the future by ending with “at this point,” which could speak to Google’s recent efforts possibly moving things along.

Back in June, Google started a “Get The Message” campaign to pressure Apple into RCS on the iPhone. As we wrote: