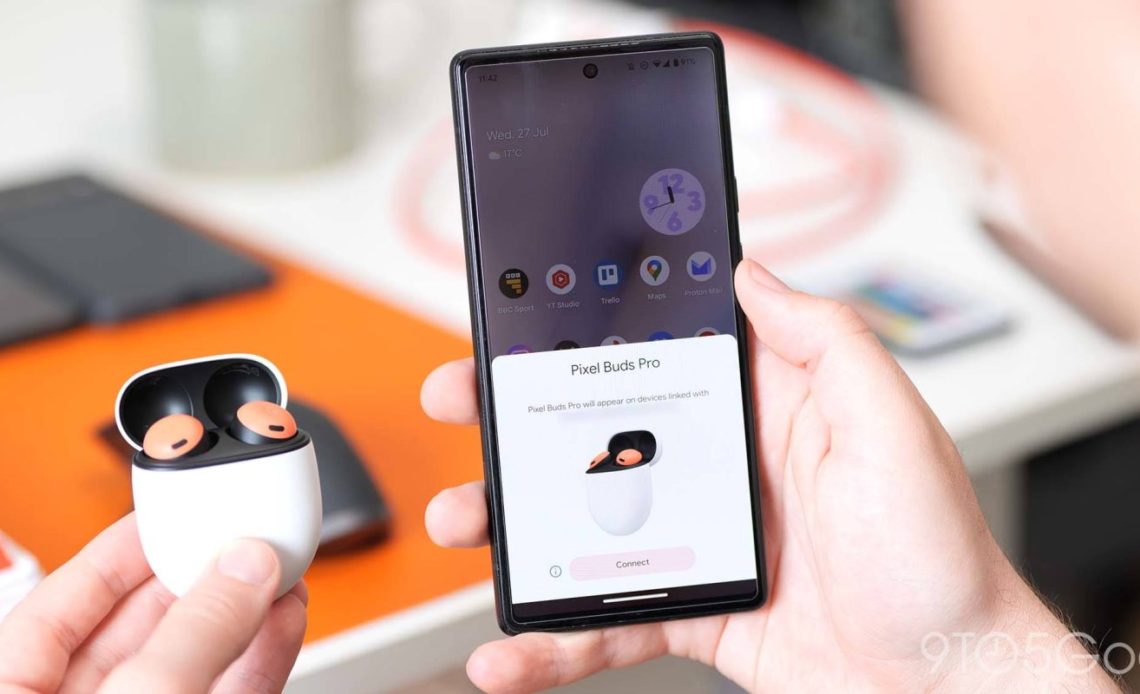 In this week’s top stories: the Pixel Buds Pro and Pixel 6a arrive in customers’ hands, the update to Google Camera 8.6 arrives, and more.

A pair of new Made by Google products launched this week, starting with the Pixel 6a powered by the same Tensor chip as the Pixel 6 Pro. In our review, we found the mid-range phone should make for a significant improvement for those who should be upgrading from the Pixel 3a this year.

In terms of size, the Pixel 6a is roughly the same size as the standard Pixel 3a, just with smaller bezels. It also comes with the addition of an ultrawide camera, a much better display, and, most crucially, the major chip upgrade that is Google Tensor. Compared to the Snapdragon 670 found in that 2019 phone, Tensor is a massive upgrade. It’s even a huge upgrade compared to what was found in the Pixel 4a and 5a, if you’re looking to move on from one of those devices.

The Pixel Buds Pro — for which we’ve shared our initial review — arrived on the same day and brought noise cancelling to Google’s line of earbuds, a long-awaited addition. The Pixel Buds Pro are available in four colors, but it seems Google was considering as many as eight different options at one point.

Google nailed it as far as sound quality is concerned, at least in my opinion. Everyone has different tastes when it comes to sound, but the Buds Pro really do a great job of creating an overall pleasing listening experience.

Just before the Pixel 6a arrived for customers, an update for the series’ Google Camera app arrived. On the surface, the update brought “Speech enhancement” for the rear-facing camera and some UI tweaks. Digging a little deeper, our team also uncovered a new mode specially designed for the foldable Pixel Notepad.

The primary visual change today is to the “Modes” tab at the end of the carousel. The buttons for Panorama, Photo Sphere, and Lens are now placed in a rounded rectangular container instead of being directly overlaid on the live preview.

Elsewhere in Google Camera news, a researcher discovered information about the camera hardware inside the Pixel 7 & 7 Pro, Pixel tablet, and more. Where the Pixel 7 series is set to see a few minor improvements, the Pixel tablet appears to be aiming for the low end of the market.

These lower-end camera sensors point to the ways that Google may be planning to make the Pixel tablet easily affordable, albeit at the cost of losing the top-notch photography that the Pixel series has become known for. Kuba’s findings corroborate our reporting that the Pixel tablet would likely be missing quite a few Google Camera features, such as 4K recording, Audio Zoom, and Slow Motion.

The folks at OnePlus took the wraps off their next flagship-tier phone, the OnePlus 10T. The new phone is set to feature 150W fast charging, but will remove the series’ signature design element, the alert slider.

OnePlus chief designer Hope Liu explains that the move was “necessary” for other key components of the device, including a bigger battery, even faster charging, and a better antenna. The Alert Slider takes up around 30 mm² on the motherboard, which has a “relatively large impact” on building the device. The alternative to removing the Alert Slider on the OnePlus 10T would have been stacking the motherboard, making the phone thicker.