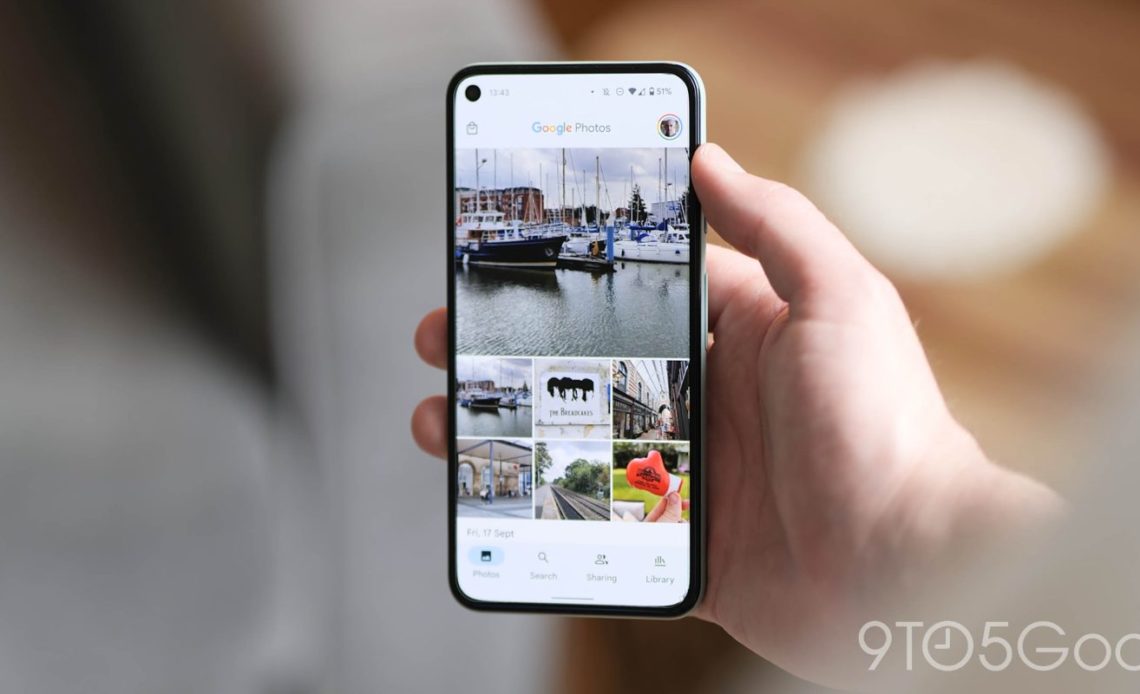 Once an exclusive perk of the Pixel series before being retired, Google has announced the upcoming return of an unlimited backups plan for Photos. The option will seemingly be exclusively available to T-Mobile customers through Google One, adding $5 to the monthly cost of the $10 2TB plan.

Behind-the-scenes, T-Mobile is presumably subsidizing the new storage tier in one way or another as part of the broader partnership. As such, internally, the pricing of this new perk is very likely not just an additional $5 for Google.

Nearly a year after arriving on the Nest Hub and Nest Hub Max, this week, owners of the 2nd-gen Nest Hub gained access to the Weather Frog clock face. As the name suggests, when enabled, your Nest Hub will show artwork themed to the current weather, prominently featuring the Google Weather frog mascot.

Some examples include Froggy camping and looking through a telescope, laying in a hammock, reading on a mountain top, and splashing in puddles while wearing a yellow raincoat. It’s very delightful and provides a great dose of whimsy throughout the day.

Waze, Google’s other traffic and navigation app, launched its own bit of whimsy this week with a new “Retro Mode.” Once enabled, the app offers navigation voices, themes, and in-app car designs based on the 70s, 80s, and 90s.

All of these individual elements are interchangeable, too. That means you can choose the 90s PC mood with the red sports car and 70s DJ. The voices sound pretty great and have their own quirks, which can do a lot to keep someone entertained on the road.

This week, our Ben Schoon shared his review of Bellroy’s leather case for the Pixel 6 series. While it’s certainly one of the best leather cases for the phone on the market, the material used doesn’t naturally form a patina like you would expect from genuine leather.

But the tough thing right now is that, if you want a leather case for a Pixel 6, Bellroy is pretty much the only choice. A quick search through Amazon shows a bunch of leather cases for the Pixel 6 and Pixel 6 Pro, but you’d be hard-pressed to find any known names outside of Bellroy.  that come to mind for adding a leather look to the Pixel 6, but the company’s case is only leather on the back, not the sides, and it’s a thicker design too.

Google is preparing to launch a “Switch to Android” app for iPhones, and our team was able to get hands on with the app ahead of its arrival. As you’d expect, the application is designed to make it easy to wirelessly copy your most essential data from your old iPhone to your new Android device.

All in all, Switch to Android is a delightfully straightforward experience, making it as easy as possible to leave behind the walled garden of the iPhone ecosystem. It’s not clear at this time when Google intends for Switch to Android to launch widely, but considering how long Apple’s own “Move to iOS” app has been in the Play Store, Google’s alternative is already arriving years later than it should have.