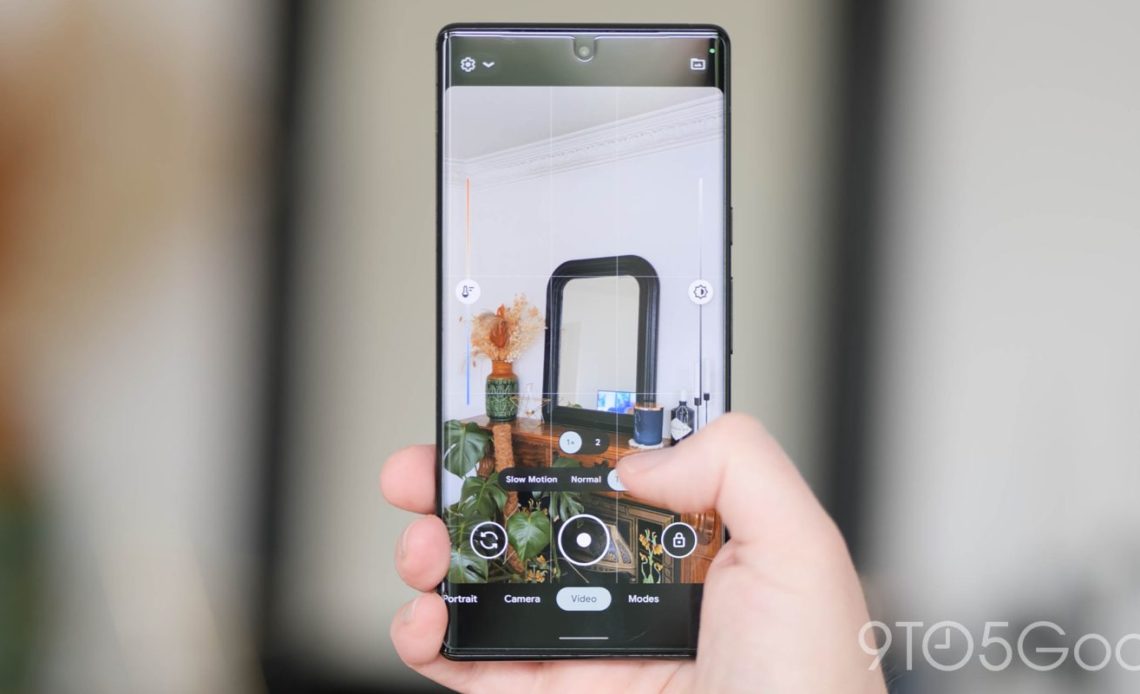 In this week’s top stories: Google Camera updates to version 8.5 with new Pixel tidbits, Gmail for web gets Material You redesign, Nvidia Shield TV devices get an update, and more.

We’re less than a month away from the Pixel 6a’s release, and ahead of that device’s launch, Google has released an update for the Pixel series’ Camera app. In addition to a few minor tweaks spotted by readers, our APK Insight team has found new details about this fall’s Pixel 7 and next year’s Pixel tablet.

That said, one detail we’ve been able to find is that both the Pixel 7 and Pixel 7 Pro should be able to use the front-facing camera sensor to record videos in 4K.

That’s in contrast to the Pixel 6 series, where only the Pixel 6 Pro could shoot 4K video from the selfie camera. The $599 Pixel 6 was limited to FHD recording as it used an entirely different selfie camera with lesser resolution — 8MP, versus 11.1MP on Pixel 6 Pro.

Google has begun rolling out a significant redesign of Gmail’s web app this week, complete with (an all too blue) Material You redesign. With that change, Gmail now defaults to its new “integrated” view which incorporates Google Chat and Meet. Luckily, Google has also included a way to switch to a “Gmail-only” view, without those apps.

The left bar is gone and you just get a list of default folders and labels at the left. The top search field spans more of the screen since the Chat status indicator has been removed. There’s still a side panel with Calendar Keep, Voice (if eligible), and Tasks at the right.

Owners of an Nvidia Shield TV device should have gotten an update this week to Shield Experience 9.1. The most critical portion of this update is that the Shield will now, where possible, automatically put your TV into “game mode” when using latency sensitive activities like games and video calling apps.

Beyond low-latency support, this latest update for the Shield TV also adds support for a “night listening” mode when using HDMI audio. This feature, which is also used by Roku, lessens the impact of certain sounds to better balance sound for listening at night. The feature might lessen loud explosions, while boosting quiet dialogue, to let you hear everything better when the volume as a whole is turned down.

First announced in April, Google’s partnership with iFixit launched this week, allowing Pixel customers to buy genuine parts to perform at-home repairs. For a few dollars more, you can get a full “Fix Kit” which includes the various tools you’ll need to complete a specific repair.

At ifixit.com/google, you can see available components by phone, with even the original Pixel and Nexus listed. You can buy the Pixel 6 Pro’s rear camera for $169.99 with a “Genuine Part” label on the listing.

Google Stadia announced a major expansion this week, with the game streaming service now set to launch in Mexico later this year. Mexico will mark the 23rd country to gain access to Stadia, with Google following the lead of competitors like GeForce Now and Xbox Game Pass.

This news comes just as Stadia has also expanded to a new platform, with Samsung’s Smart TV lineup and the new “Gaming Hub” feature. In recent weeks, Stadia has also greatly expanded its list of free game demos, as well as announcing a few new games including Five Nights at Freddy’s.