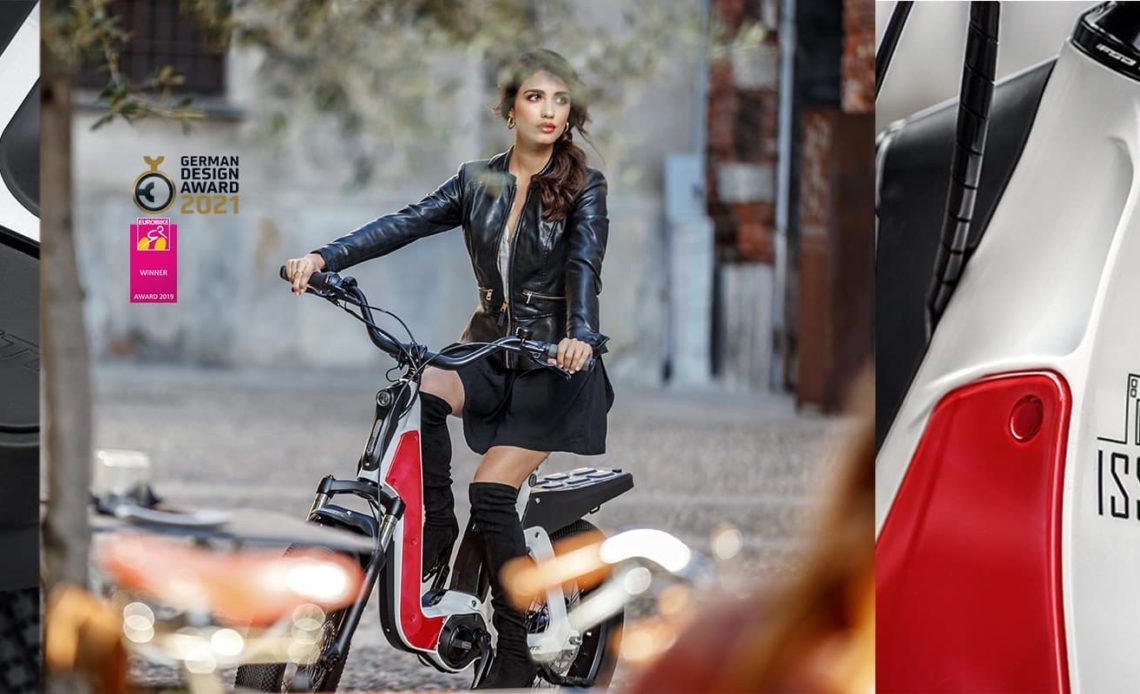 The first time I saw the Fantic ISSIMO electric bike on a trip to Milan last year, I instantly fell in love with the design. And now that the company is offering a 45 km/h (28 mph) version that maxes out the legally allowable speed, I’m even more head over heels for this eye-catching electric bike.

The ISSIMO 45 shares the same frame as the original ISSIMO, which is designed like a truss bridge on wheels.

Not only does that make for a strong and rigid setup even with a low step-through design, but it opens the door to fun customization options like colorful side panels.

But the real takeaway here is of course the performance of this fun little electric moped.

It sports a Bafang M600 mid-drive motor, which puts outs a whopping 120 Nm of torque. That crushes essentially anything built by German manufacturers like Bosch or Brose that typically lead the European e-bike market.

The motor is listed as a 500W continuous-rated unit, but there’s obviously a lot more power in there than meets the eye – or the label.

An ENVIOLO Heavy Duty continuously variable transmission in the rear hub provides the bike’s gearing. That hub and its wheel get wrapped in a 20″x4″ fat tire with urban tread. Between the 80mm front suspension fork and high-volume tires, this should be a fairly cushy ride on both manicured and rough roads.

As a speed pedelec in Europe, the ISSIMO 45 includes a side view mirror, type-approved motor vehicle lighting, and a license plate holder in the rear. The speed pedelec designation means it has to be registered like a motorbike, but the advantage is that it also gets to use a hand throttle – unlike most electric bicycles in Europe.

And when it’s time to come down from those high speeds, the Radius hydraulic disc brakes should bring the bike to a stop quickly.

The ISSIMO 45 offers serious performance and functionality, but it comes at a cost. Pricing in Europe is set at €3,590, which equates to around US $3,670. That’s not cheap, but it may compare well to a number of 45 km/h (28 mph) electric bicycles like those from SUPER73 and other high-performance moped-style electric bike makers.

I love the look and the performance of the ISSIMO 45. Fantic did a great job there with the design.

It’s a bummer that the bikes require registration and can’t be used in bike lanes, but them’s the laws in Europe.

As it stands, it’s still a really cool design that mixes conventional electric bike parts with a more moped-style build. And the fact that you can customize it with all of those colorful accessories is icing on the cake. Gone are the days of one color for everyone!

What do you think of the Fantic ISSIMO 45 electric bike? Let’s hear your thoughts in the comments section below!