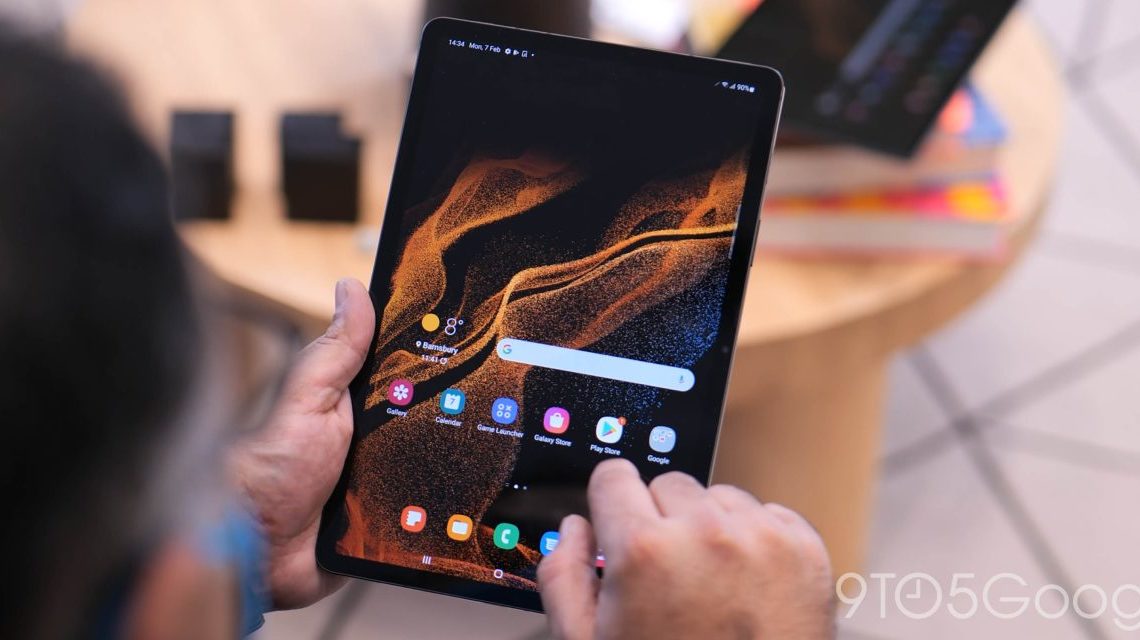 Android tablets are going through a renaissance of sorts, with renewed interest on a software level and from hardware makers. If you’re looking to pick up a tablet this holiday season, these are the best Android tablets to choose from.

9to5Google’s picks for the best Android tablets are based on value, performance, length of software support, and availability in the United States.

If you truly want the best of the best when it comes to an Android tablet, the Galaxy Tab S8, S8+, and S8 Ultra are the best choices.

All three run on top of the super-powerful Snapdragon 8 Gen 1 processor, feature plenty of storage and a microSD card slot, and have big and bright displays. The Tab S8 has an 11-inch LCD display while the Tab S8+ and Tab S8 Ultra both feature AMOLED displays. The Tab S8+ measures in at 12.4 inches while the Ultra hits a truly massive 14.6 inches in screen size. All three include an S Pen in the box too.

You’ll get Android 13 on all three tablets as of November 2022, with software support that runs for four years on major Android updates and five years on security updates, starting from the tablet’s release in early 2022.

On the other end of the spectrum, the Amazon Fire Tablet series is a great place to go for a killer value. Each tablet is running on top of a heavily modified version of Android that uses the Amazon Appstore instead of the Google Play Store, which is perhaps the biggest problem.

But for streaming movies, playing games, reading books, or general web browsing, Amazon Fire Tablets are a great option that start at around $50 and often much less around the holidays. There’s even a special edition for kids which comes with a protective case and a replacement warranty.

A more affordable option for a Play Store-equipped tablet that’s full of features is the Galaxy Tab A8. Samsung’s affordable tablet has a 10.5-inch display, USB-C charging, 128GB of storage, and an affordable $229 price point, down to $149 for Black Friday.

Alternatively, the Galaxy Tab A7 Lite has a smaller 8.7-inch display and a $159 price tag, but that’s down to $99 for Black Friday.

Perhaps the biggest asterisk on these tablets is the software update policy, which will only give a couple of major Android updates and less frequent security patches.

An alternative to Samsung’s Galaxy Tab S8 series on the higher end is the Lenovo P12 Pro. It has a 12.6-inch AMOLED display, Snapdragon 870 processor, and an included stylus too. The P12 Pro launched with Android 11, but Android 12L has been on its way. It’s a great alternative and left us walking away pretty happy. It also features Google’s Entertainment Space and some other tablet-exclusive features. It’s usually sold for $750, but can be found for less.

Or… maybe just get an iPad

While Android tablets are getting much better, it remains abundantly clear that the best tablet for anyone, even those with an Android phone, is Apple’s iPad. You get several years of major updates, a robust library of apps and games optimized for the big screen, and software that takes advantage of the large screen better than most Android tablets.

The most affordable iPad is the $329 iPad 9th Generation, which is often on sale. For Black Friday, it’s down to just $270.

The next step up from there is the iPad 10th Generation, which has a revamped design and costs $449. The iPad Air and iPad Pro further improve on features and performance for higher price tags. You can learn more over at 9to5Mac.