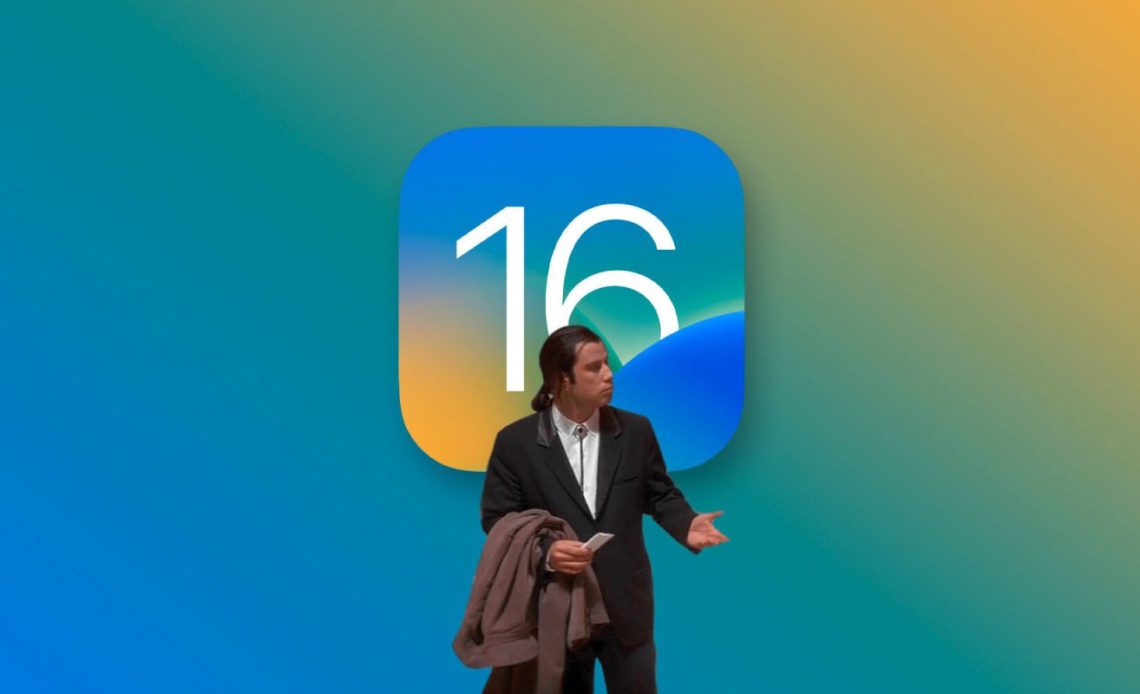 iOS 16 will launch this Monday. Previewed during the WWDC 2022 keynote, it’s been three months since Apple started beta testing the new operating system for iPhones. Unfortunately, some of its key features won’t be available at launch.

Last year, the same happened with several functions, whether they were delayed during the beta cycles or Apple just decided they weren’t ready just yet. With that in mind, here are the features you shouldn’t expect to see until later this year.

iOS 16 redesigned Lock Screen is for sure one of the coolest features arriving with this new operating system later this fall, but not everything that Apple previewed with it will be available a few months from now. According to the company, these two features will arrive later this year:

Without Live Activities arriving with iOS 16 first public version, the App Clips won’t support it when the new operating system launches, although it will feature an increased size limit and precise location suggestions in Spotlight and Siri Suggestions widgets.

With the Freeform app, users will have a canvas for diagramming new projects, and having real-time collaboration, while chatting via iMessage or FaceTime. This whiteboard has plenty of space for lots of people working together by writing or drawing.

Game Center will also lack features when iOS 16, iPadOS 16, and macOS Ventura launch as these two features will need a bit more time:

For iOS 16 and tvOS 16, Matter support won’t launch until sometime later this year. Matter is a new smart home connectivity standard that will enable compatible accessories to work together seamlessly, across platforms. Matter will allow you to choose from even more compatible smart home accessories and control them with the Home app and Siri on Apple devices.

For iPadOS 16, Focus filter, which will be the ability to set boundaries within Apple apps like Calendar, Mail, Messages, and Safari to draw boundaries for each Focus you enable, won’t launch with the first version of iPadOS 16.

Last but not least, a few days after announcing the release date of iOS 16, Apple said the iCloud Shared Photo Library won’t be available at launch – most likely due to iPadOS 16 and macOS 13 Ventura delay. Here’s how Apple describes this feature:

“iCloud Shared Photo Library gives families a new way to share photos seamlessly with a separate iCloud library that up to six users can collaborate on, contribute to, and enjoy. Users can choose to share existing photos from their personal libraries, or share based on a start date or people in the photos. A user can also choose to send photos to the Shared Library automatically using a new toggle in the Camera app. Additionally, users will receive intelligent suggestions to share a photo that includes participants in the Shared Photo Library. Every user in the Shared Photo Library has access to add, delete, edit, or favorite the shared photos or videos, which will appear in each user’s Memories and Featured Photos so that everyone can relive more complete family moments.”

iPadOS 16 and macOS 13 Ventura will also be delayed

According to Bloomberg, Apple will delay the iPadOS 16 and macOS 13 Ventura launch by a month. Journalist Mark Gurman reports that the company is aiming at an October release alongside macOS 13 Ventura.

While Apple has usually released macOS updates after the other operating systems, it seems the same will happen with iPadOS this year to make sure Stage Manager and other new features work smoother.

As we’re just a few days aways from the iOS 16 release, we’ll probably learn more about delayed features before the beta cycle ends. We’ll make sure to update this article once we hear what other functions will be delayed – let’s hope that not as much as iOS 15.