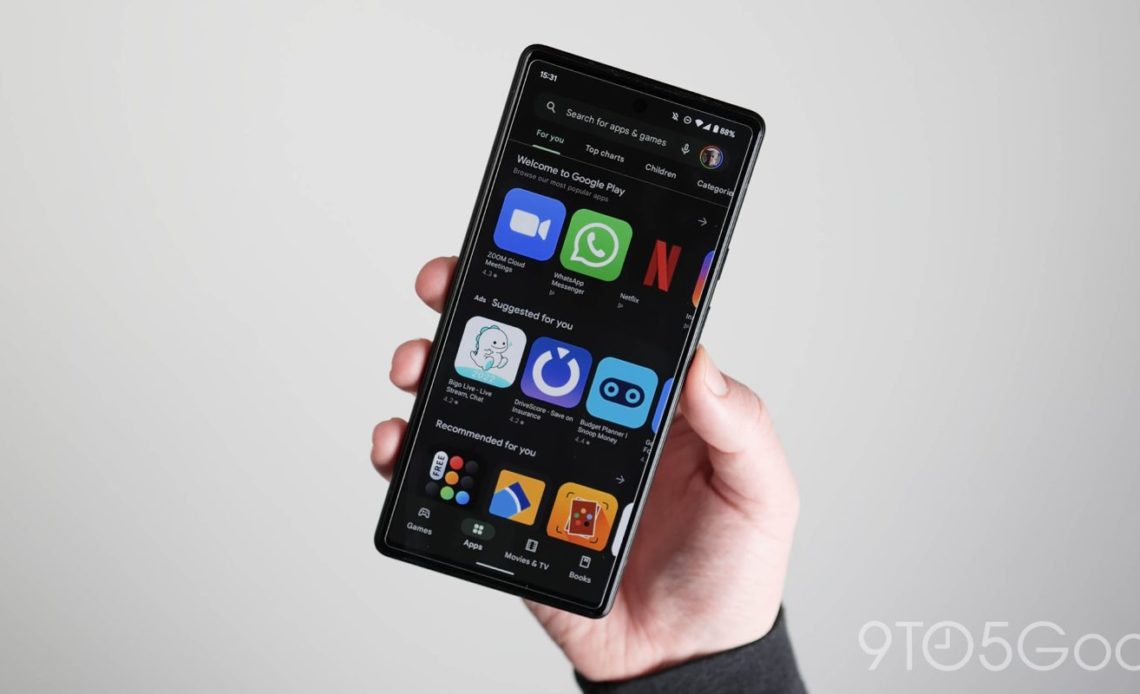 Update 7/27: The new icon is starting to appear on Android with version 31.6.13-21 of Google Play. It’s a pretty straightforward replacement with not a lot changing in terms of proportions or triangle size.

That update is not yet widely rolled out, but it has already appeared on one of our devices. You can also manually sideload it here.

Update 7/26: Following the official 10th anniversary announcement yesterday, the new logo is live on play.google.com , as well as the developer site. It’s meant to better reflect the “magic of Google and matches the branding shared by many of our helpful products — Search, Assistant, Photos, Gmail and more.”

Of course, most users will encounter it when the Android app is updated and the homescreen icon changes.