The Morning After: Google delivers a new look for Android Auto

July is almost over. So after you double-check your UltraViolet account, it’s time to look over quarterly results from Apple and Samsung to find out what’s working (services) and what isn’t (high-end phones). Plus, the new look for Android Auto is rolling out and you can pre-order a Switch Lite.

The idea is to make it safer to launch and use apps in the car.Google’s refreshed look for Android Auto is rolling out now 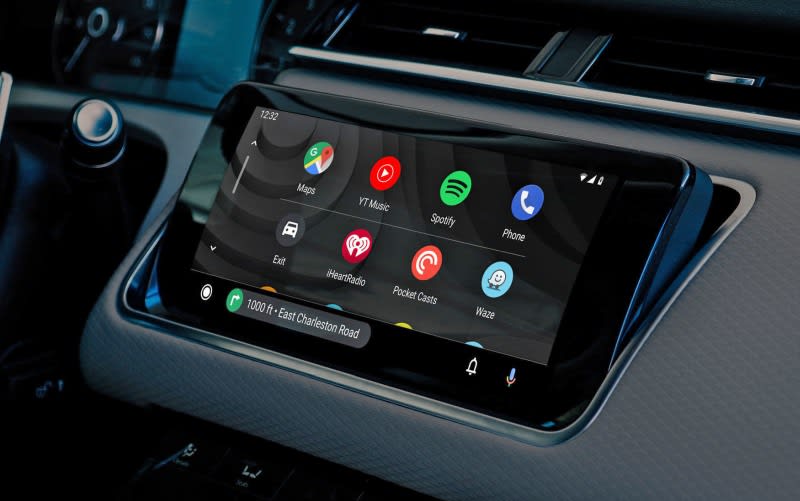 Now whenever you are in Android Auto and following a route, the information is shown along the lower portion of a car’s display — no more launching Spotify and wondering if you’re about to miss a turn while choosing a playlist. The weird, notification-style layout of the home screen is gone. Instead, Android Auto’s home screen now resembles a tablet with all your apps in one place. 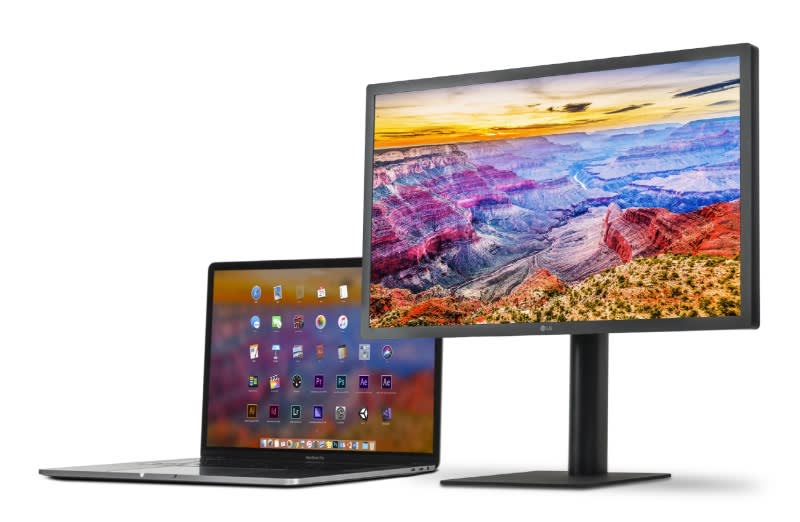 The UltraFine 5K Display by LG has returned to Apple’s store after a months-long hiatus, with just one notable change. The updated version of the 27-inch monitor is compatible with the USB-C output from recent iPad Pros, making it a viable option if you need a large secondary screen for media previews or screen mirroring.

Wearables revenue grew by 50 percent.Apple’s wearables and services made up for weak iPhone sales 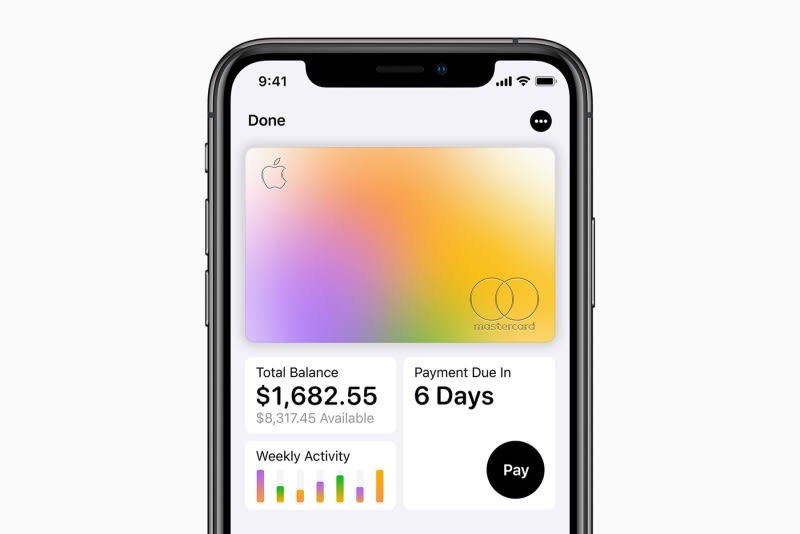 Apple — which can’t count on people splurging on pricey new iPhones the way they used to — is shifting to focus on its services business. It’s not hard to see why, either: in the last two quarters, iPhone sales have dipped significantly year-over-year while Apple’s service revenue continued to climb. Not coincidentally, CEO Tim Cook revealed that its Apple Card would launch in the US sometime in August. 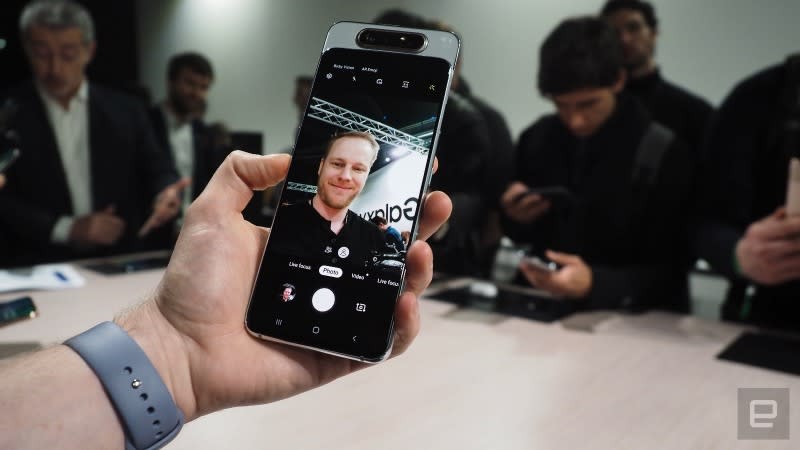 So what does Samsung do when the money isn’t rolling in quite like it used to? The electronics giant still showed an operating profit of $5.6 billion over the last three months, but that’s less than half of its haul over the same period in 2018.

Besides the upcoming Galaxy Fold and Galaxy Note 10, Samsung said it’s going to focus on midrange devices like its all-screen Galaxy A80. For larger screens, it’s looking to make 8K ‘mainstream’ this fall. 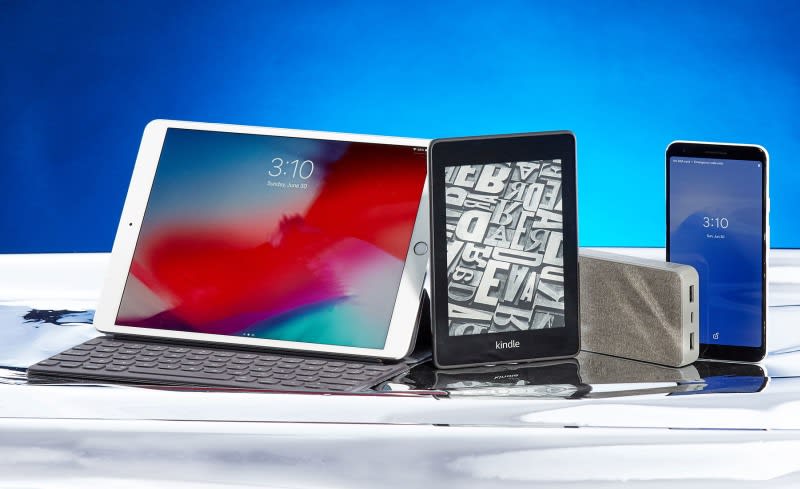 New school year, new gear. Maybe you’re due for an upgrade, or maybe you broke your phone over summer break, or maybe you just want a new toy. Either way, you might be looking to refresh your slate of devices before heading to campus. For the mobile section of our back-to-school guide, we considered the best phones you can get on a student-friendly budget. We also threw in our favorite smartwatches for both Android and iOS users.

Following the company’s financial results (almost 100 million PS4s sold!), Sony’s financial chief Hiroki Totoki warned that US plans for expanded tariffs on Chinese products could force a price hike on PlayStation consoles. Passing higher costs to consumers could be the result. It’s TBC whether or not widened tariffs will apply in the first place — that depends on the US administration’s negotiations with China.

The US raised tariffs on $200 billion in Chinese goods back in May, to 25 percent. A further tariff expansion would cover another $300 billion in products, including PlayStation systems — and consoles are typically sold at slim profit margins in the first place. And the Playstation 5 isn’t far away.

If it’s not a problem, then why is it secret?Amazon’s Ring service may already have 200 law enforcement agency partners 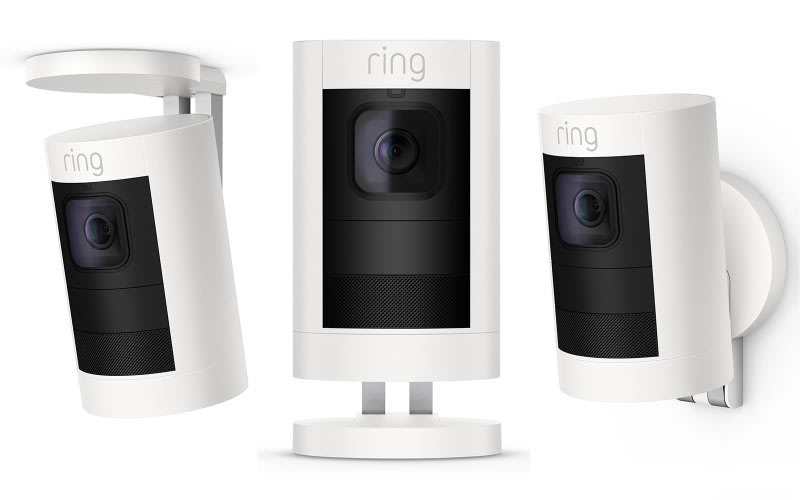 Some of those partners are reportedly required to advertise Ring home security cameras in exchange for free units and access to an anonymized portal that allows them to request security footage from users. A Ring spokesperson denied that the program was supposed to be a deep, dark secret, but the company never disclosed the number of partnerships it maintains.