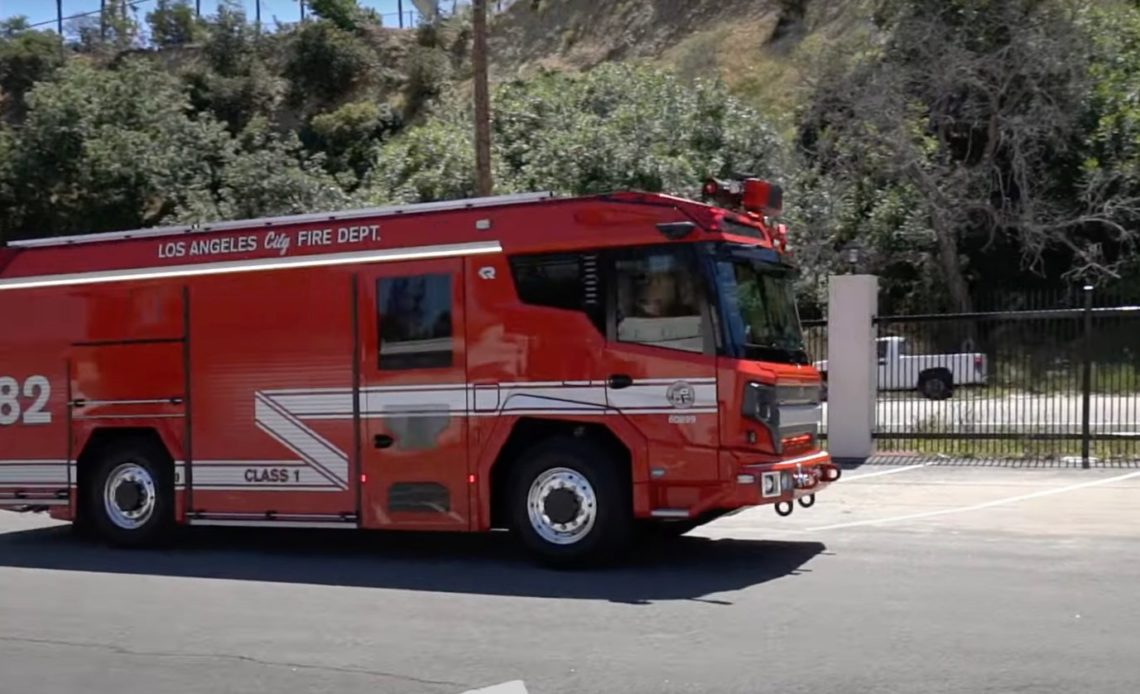 The Los Angeles City Fire Department (LAFD) has deployed what is believed to be the first electric fire truck in North America.

Back in 2019, we reported on them bringing a prototype on a tour of North America to show it to some fire departments.

The Menlo Park Fire District was the first interested in the truck and aimed to secure the first order, but the LAFD ended first on the list in February 2020. They placed an order for the electric fire engine, which starts at $900,000, but the LAFD configured a version at $1.2 million.

They have recently received the truck and officially debuted it this weekend as it is now being introduced in the LAFD fleet of fire engines.

It will reduce noise, and bring it basically to nothing in regards to diesel emissions. We will actually create the space for our firefighters to be healthier around our fire engines.

Here’s her speech in full:

Rosenbauer says that its electric truck is equipped with a 360 kW electric powertrain and a 132 kWh battery pack, which is good for two hours of operation.

The Rosenbauer RTX is also equipped with an adjustable air suspension that can provide between 7″ and 19″ of ground clearance.

The LAFD has been testing it:

Here’s a full walkaround of the electric vehicle: