The Air Force is interested in buying a budget-conscious, clean sheet fighter to replace the F-16 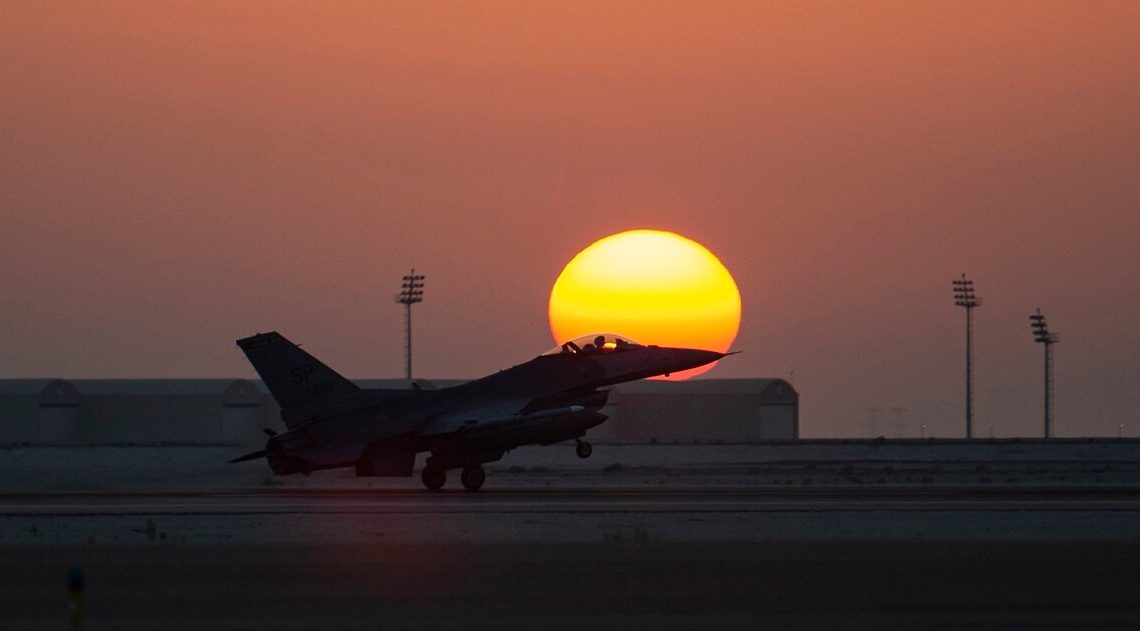 WASHINGTON — The Air Force could be in the market for a brand-new, advanced fourth generation fighter as it looks to replace its oldest F-16s, the service’s top general said Wednesday.

The Air Force has started a study that will describe its preferred mix of fighters and other tactical aircraft that will be used to help build the fiscal year 2023 budget. That result could include a brand new “four-and-a half or fifth-gen minus” fighter with capabilities that fall somewhere in between the 1970s era F-16 and stealthy fifth-generation fighters like the F-22 and F-35 joint strike fighter, said Air Force Chief of Staff Gen. Charles “CQ” Brown.

“If we have the capability to do something even more capable for cheaper and faster, why not? Let’s not just buy off the shelf, let’s actually take a look at something else out there that we can build,” Brown told reporters during a Defense Writers Group roundtable.

Brown’s comments are the first time an Air Force official has spoken about introducing another fourth generation aircraft into the service’s fighter inventory. In January, former Air Force acquisition chief Will Roper disclosed that the service’s ongoing study will also weigh whether to buy new-build F-16s from Lockheed Martin.

“As you look at the new F-16 production line in South Carolina, that system has some wonderful upgraded capabilities that are worth thinking about as part of our capacity solution,” Roper told Aviation Week.

But Brown said he is still yet to be convinced that the F-16 is the right option.

“I don’t know that it actually would be the F-16. Actually, I want to be able to build something new and different that’s not the F-16 — that has some of those capabilities, but gets there faster and features a digital approach,” he said. “I realize that folks have alluded that it will be a particular airplane. But I’m open to looking at other platforms to see what that right force mix is.”

So what capabilities would this new clean sheet aircraft have?

At the top of the list, Brown said, is an open mission systems with a computing system powerful enough that software code can be updated very quickly.

Brown also pointed to the approach the Air Force has taken with Boeing’s T-7A Red Hawk trainer and its secretive future fighter, known as Next Generation Air Dominance. Both aircraft have been designed using digital engineering practices, which have allowed the service to model the lifecycle of various designs and rapidly get full-scale demonstrators ready for flight tests.

“And so the question is, what is the son of NGAD?” he said.

The ongoing study will include modeling, simulation and analysis aimed at nailing down the right mix of aircraft, what capabilities they each have and how many of each type are needed in order to ensure the Air Force can be successful in future conflicts.

Although the Air Force is currently conducting the study without input from outside organizations, Brown said he would like to involve the Pentagon’s Cost Assessment and Program Evaluation office, an influential organization inside the Office of the Secretary of Defense that often pushes against service budget decisions and advocates lower-cost solutions.

“I can make a recommendation, but I don’t actually have the final vote because, again, I have to work with OSD and with the Congress. But that’s why the analysis to me is important and a dialogue is important,” he said.

Investing in another fighter type could be a hard sell for the Air Force to make to Congress, particularly with several fighters already in production.

The Air Force has not officially deviated from plans to buy 1,763 F-35A conventional takeoff and landing jets from Lockheed over its program of record, although internal documents from the Air Force’s future warfighting cell have indicated a plan to curb orders at 1,050 jets, Aviation Week reported in December.

Last year, the service placed its first order for Boeing F-15EX jets to replacing aging F-15C/Ds, and could buy more than 144 of the new planes. The first F-15EX completed its inaugural flight earlier this month.

Meanwhile, Lockheed’s F-16 line has pivoted to international sales since its move to Greenville, South Carolina, in 2019.