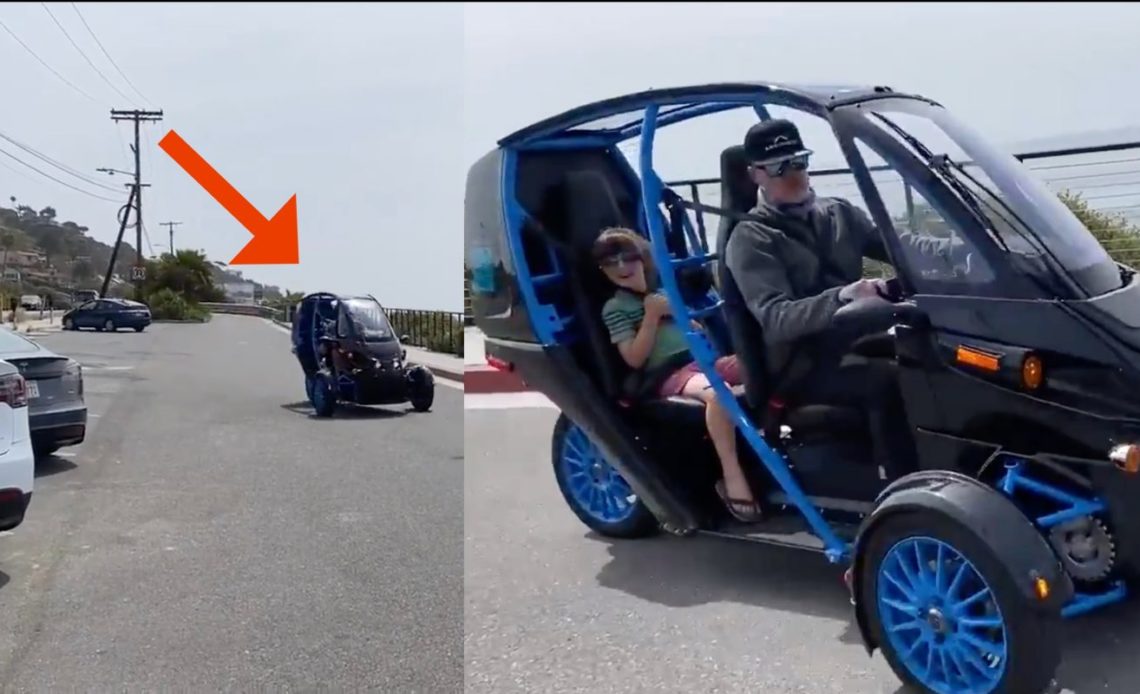 Tesla’s chief designer Franz von Holzhausen might have his plate full, but that didn’t stop him from testing out a smaller format electric car known as the Fun Utility Vehicle (FUV) from Arcimoto.

Technically considered a motorcycle-class vehicle thanks to its three-wheeled design, the Oregon-produced Arcimoto FUV is the leading highway-capable electric three-wheeler in the US.

Franz took a spin on the electric three-wheeler and shared the test video on Twitter.

It looks like he was trying out a standard model FUV, though an Arcimoto Roadster with the chopped top can be seen briefly at the end of the vehicle.

The roll cage design of the Arcimoto FUV negates the need for a helmet in most jurisdictions, though the Arcimoto Roadster with its open top doesn’t escape such helmet laws.

Franz’s test ride appears to have gone much better than that of his boss. As Arcimoto CEO Mark Frohnmayer claimed late last year, Elon Musk crashed an Arcimoto FUV during an early test ride.

The Arcimoto FUV is still operating in low-scale production, but the company has plans to reach large-scale production of a rate of 50,000 vehicles per year by the end of next year.

The current price of an Arcimoto FUV is $17,900. As production has scaled up, that price has dropped from closer to $20,000, but the company is still eyeing a goal of around $12,000 once having reach sufficient scale.

I recently took a test drive on both the standard FUV as well as the Arcimoto Roadster. The full test ride experience including ride videos will be coming soon, but you can see a sneak peak in the clip below.

While Franz appears to have taken his test drive nice and easy, I pushed both vehicles much harder.

Both the FUV and the Roadster were an absolute blast to drive.

While I often hear concerns about the stability of the three-wheeler, the combination of the tadpole trike layout (two front wheels) and the low center of mass from the batteries meant the FUV felt glued to the road when I tested it.

I never once felt like I was going to flip it, and I pushed that Roadster hard.