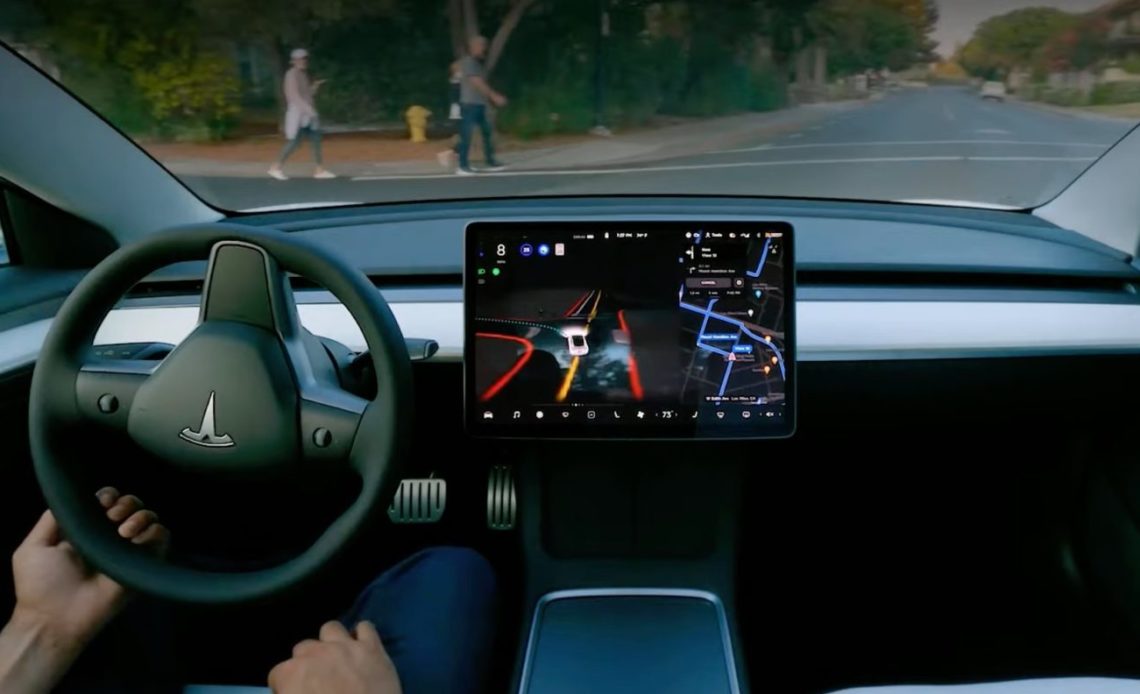 Elon Musk’s claim that Tesla will have “1 million robotaxis by end of the year” has now become “1 million people in Full Self-Driving (FSD) Beta.”

Musk has a long history of making claims about Tesla’s self-driving effort that haven’t come through, especially when it comes to the timing. The biggest claim has been that “Tesla will have 1 million robotaxis on the road by the end of the year.” That year was originally 2020, but it has since been pushed several times.

Until somewhat recently, Musk was still claiming that this was the goal in 2022, but he has now greatly changed it. Instead of “1 million robotaxis” on the road, now, the CEO is talking about Tesla having 1 million people in its FSD Beta program.

Musk said this week during the All-in Summit:

The Full Self-Driving Beta at this point can very often take you with zero intervention across the Bay Area from San Jose to Marin through complex traffic. It’s really quite sophisticated. I invited anyone to join the Beta or look at the videos of those in the beta. We got over 100,000 in the beta, so it’s not tiny, and we will be expanding that to probably 1 million people by the end of the year.

Tesla FSD Beta enables the vehicle to drive autonomously to a destination entered in the car’s navigation system, but the driver needs to remain vigilant and ready to take control at all times.

It’s true that FSD beta is capable of driving impressive distances without driver interventions, but it has also been known to be inconsistent, and most objective people who have been using the Beta believe that it is still far from being operated without driver supervision, which would be required to have a robotaxi.

We don’t have a lot of data to show if the system is improving beyond the anecdotal videos mentioned by Musk.

When asked to share more data about the program, especially the driver intervention rate, the CEO instead said that people should just join the FSD Beta program.

In order to have access to the FSD Beta program, you first need to have purchased or subscribed to the FSD package, which costs up to $12,000 depending on when youe bought it. Then, you need to have a high enough “Driver Safety Score,” and even then, Tesla has been known to not include everyone with a high enough score.

To be fair, an order of magnitude (10x) increase in people in the Beta program by the end of the year would be impressive. I don’t even know if there are currently 1 million Tesla owners who purchased the FSD package.

However, there’s a giant gap between a robotaxi and FSD Beta. A giant gap.

I know I sound like a broken record, but I think Tesla and Musk have been wrong so many times about their publicized timelines and goals when it comes to FSD that they need to do two things to regain some goodwill.

I think Tesla needs to offer refunds on the FSD package for those who want it, and it needs to start relating concrete disengagement and driver intervention data. It would help track actual progress with the program.