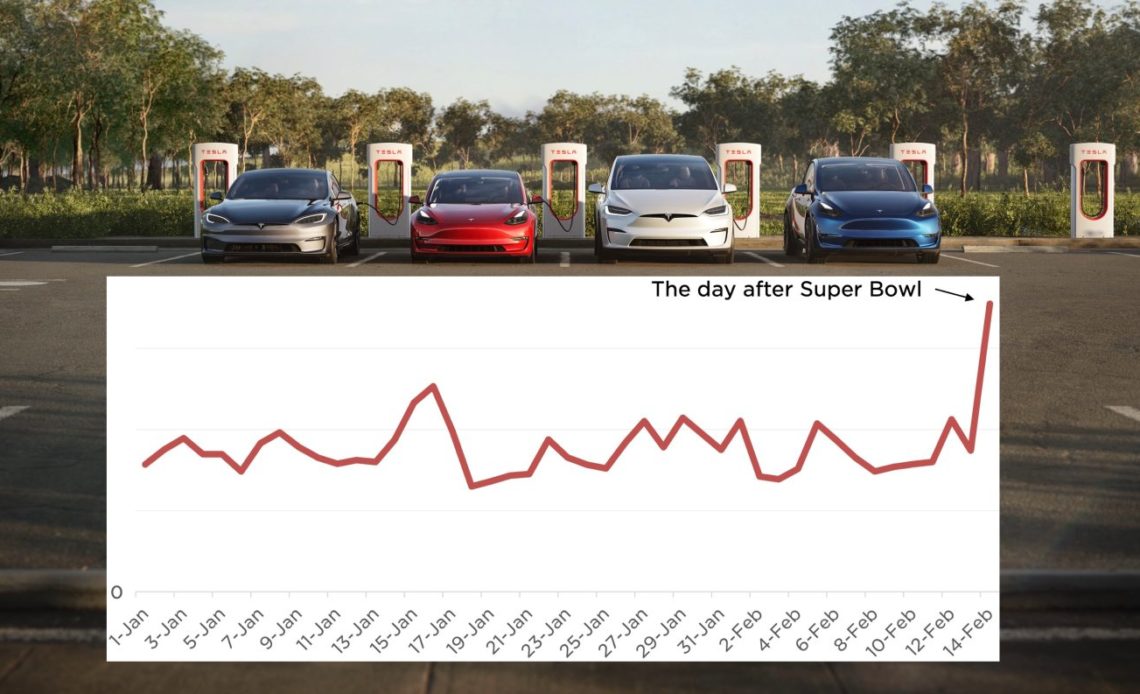 Tesla has confirmed that its order rate surged following this year’s Super Bowl, which featured many electric vehicle ads. These numbers show that the long-standing idea of “Tesla killers” doesn’t work and that the automaker actually benefits greatly from other automakers investing in electric vehicles.

Over the last few years, several automakers started buying airtime during the Super Bowl, which is famous for its extravagant and expensive commercials, to promote their electric vehicles. This year’s Super Bowl was particularly popular for EV ads.

BMW had an ad about the X1. GM promoted its Ultium electric platform, which powers a series of new electric vehicles starting with the GMC Hummer EV. Kia featured its new EV6 electric car. Hyundai, Kia’s partner, also bought a Super Bowl ad to promote the Ioniq 5. Polestar had an ad during the game. And, EV charging station maker Wallbox also had an ad.

Several of those campaigns were successful in bringing attention to electric vehicles – and not just the ones featured in the ads.

In the release of its Q1 2022 financial results, Tesla disclosed that its order rate surged the day after the Super Bowl 2022:

The automaker didn’t release any actual metrics and only focused on the increased rate, which looks about twice as high as its average rate.

Now several of Tesla’s models are listed as sold out until 2023.

This is fascinating because it shows what many Tesla detractors (and Tesla fans attacking the competition) have been missing for years, which is that EV competition is good for Tesla. And I don’t just mean good for the mission to accelerate EV adoption, but directly good for orders and Tesla financially.

Those ads simply pushed the idea of going electric to more people and now people are evaluating all their EV options. For some, likely many, Tesla proved to be the best option.

I think that this kills the idea that every other new EV is a “Tesla killer.”