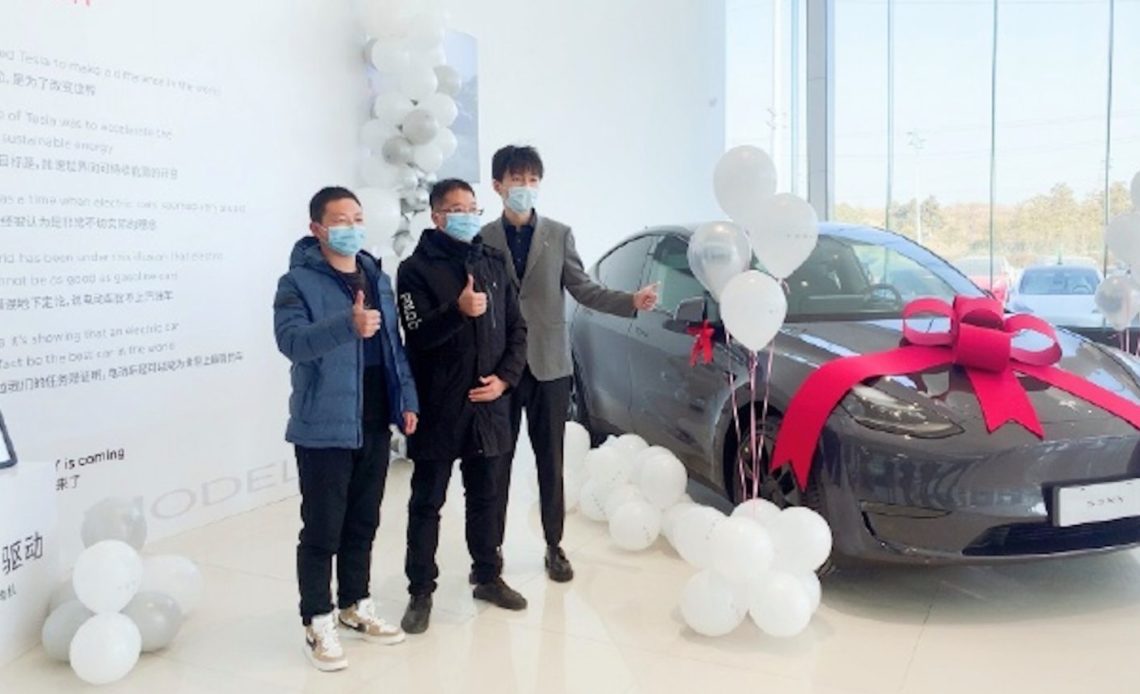 As we previously reported, Tesla is using a new vehicle introduction strategy for Model Y. Unlike previous vehicle programs, which were launched in different markets with vehicles imported from Tesla’s Fremont factory in California, Tesla is only introducing Model Y in new markets once the vehicle is being produced there.

For the past nine months, Tesla has been expanding Gigafactory Shanghai to prepare for the production of the electric SUV.

The plant has more than doubled in size.

In November, the automaker also obtained approval for Model Y made in China from the Ministry of Industry & Information Technology.

Finally, Tesla started production of the Model Y at Gigafactory Shanghai over the last few weeks, and just last week the automaker updated the online configurator with the production version – confirming that deliveries will start this month.

A few days after the launch, we learned that Tesla sold out the first quarter of Model Y electric SUVs in China.

Tesla China has now confirmed that they have started deliveries of the new Model Y in the Chinese market.

The automaker announced that they started deliveries in 10 Chinese cities at once:

Here are the pictures released by Tesla for the start of Model Y deliveries in the country:

Tesla wrote in the announcement (translated from Chinese):

“Special” Don’t be surprised, overjoyed Y! Today’s first batch of #中国制造Model Y# was officially delivered in Shanghai, Hangzhou, Nanjing, Suzhou, Wuhan, Hefei, Wenzhou, Wuxi, Changzhou and Ningbo. This is the Tesla speed! During the special period, the delivered vehicles have been fully disinfected, and the staff also prepared an “epidemic prevention package” for car owners to make the delivery more secure. Thanks to the car owners for their trust and support, Tesla will continue to “power up” to bring smarter and more convenient travel experience to car owners and friends, so that every trip will be full of electricity!”

The company didn’t confirm how many Model Y vehicles have been delivered or the production capacity in Shanghai.