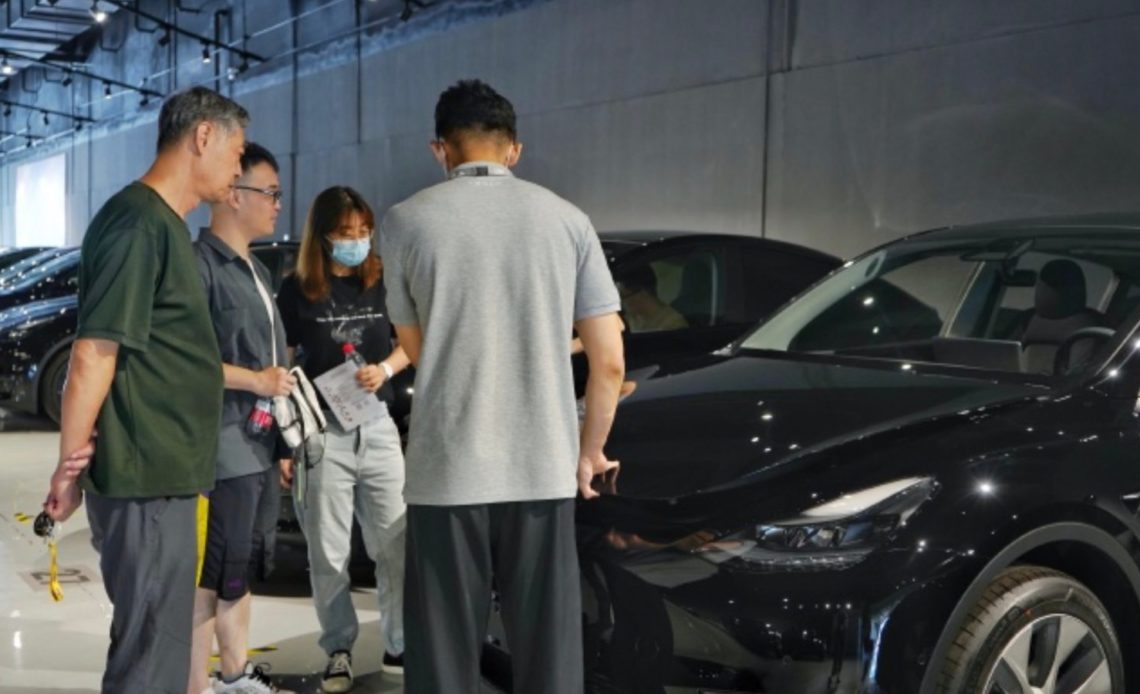 Tesla has pulled on another demand lever in China by creating some urgency to get an insurance incentive worth ~$1,000 as it tries to increase sales at the end of the year.

Over the last few months, there have been increased concerns about softening of demand for Tesla vehicles.

It was enough for CEO Elon Musk to address it during the conference call following the release of Tesla’s Q3 2022 financial results last month.

The CEO reiterated that “Tesla doesn’t have a demand issue.”

In terms of demand softening for Tesla, we reported last month that Tesla’s demand shouldn’t be seen as a concern until Tesla starts pulling on some “demand levers” – meaning that the automaker takes some action to actually create some demand.

For the last two years, Tesla has mostly coasted on organic demand, but it now looks like the automaker has to take action to boost sales – especially in China, which is an important market for Tesla.

We reported last month that Tesla reduced the price of Model 3 and Model Y in China and launched a new referral program. It was the first time in two years that Tesla cut prices on its electric vehicles.

Now we have learned that Tesla has added a new insurance incentive to new vehicle purchases in China, and it has modified the program to encourage buyers to place an order by December (via Reuters):

The U.S. automaker previously offered an insurance incentive of 7,000 yuan ($970) for orders between Oct. 1 and Dec. 30. But on Tuesday Tesla said the incentive for November was raised to 8,000 yuan and reduced for December orders to 4,000 yuan.

The insurance incentive comes in the form of a cash rebate with Tesla’s insurance partners in China.

In a post announcing the change on its official Weibo account, Tesla encourages people to order: “As long as you like it enough, pick up Tesla immediately!”

By putting this incentive in place, it seems like Tesla is looking to boost orders in China in November to have enough vehicles on order for deliveries in December.

With the increased capacity at Gigafactory Shanghai and Gigafactory Berlin, Tesla China is both producing more cars and having more allocations for the local market since the need to export from China to Europe is being reduced by Giga Berlin’s ramp-up.

With price cuts and direct incentives like this one, it could mean demand is slowing down for Tesla in China or the automaker could just be adapting to its new higher capacity in the market.