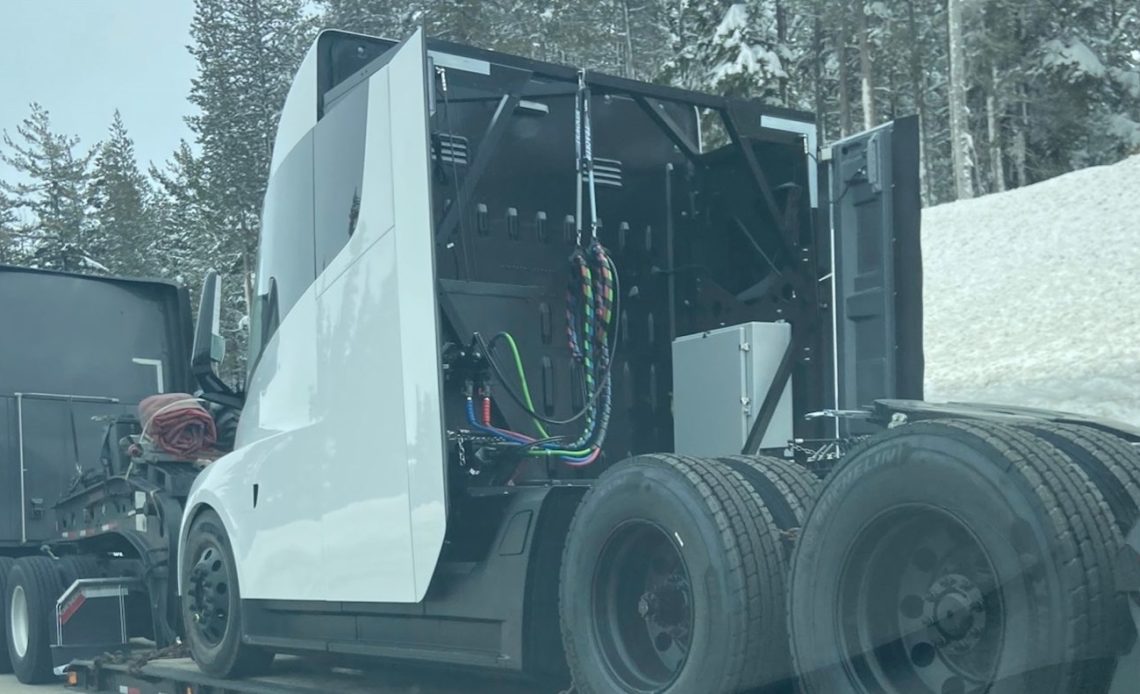 Another Tesla Semi electric truck prototype was spotted, the second one in a few weeks after years without a new prototype, as Tesla is moving to volume production later this year.

As we reported earlier this month, a new Tesla Semi prototype was spotted being transported in Sacramento, and it was later seen all the way in Illinois.

It’s the first time we have seen a new Tesla Semi prototype since the electric truck was unveiled in 2017.

At the time, Tesla unveiled two prototypes, and the automaker took them around the US to do some real-world road testing and show them to customers who reserved the electric truck with deposit.

When unveiling Tesla Semi, the automaker said that the electric truck would be available in 2019.

After a few delays, Tesla talked about “low-volume production in late 2020,” but the timeline was later pushed to 2021.

More recently, Tesla has indicated that the electric truck would enter production this year with some deliveries to customers.

Now another new Tesla Semi prototype was spotted in Truckee, California this weekend (pictures via SacTesla):

The new electric truck features the same changes found on the other new prototype spotted earlier this month.

But it is definitely a new prototype since it has different wheels than the one from earlier this month, and the back of the truck also features a different setup of the components:

The truck was also heading east, like the previous prototype. It was suggested that it might have been heading from Fremont factory to Gigafactory Nevada, but it ended up going much further east, and it was spotted all the way in Chicago.

Tesla CEO Elon Musk said that the Tesla Semi would be produced at Gigafactory Texas in Austin.

Recently, we have also seen indications that Tesla is gearing up to have some production of the Tesla Semi at Gigafactory Nevada.

Now we know that Tesla has recently produced two new prototypes of the Tesla Semi electric trucks – the first new ones spotted in over three years.