Tesla Model Y caught on fire while driving; driver claimed to have to break window to get out 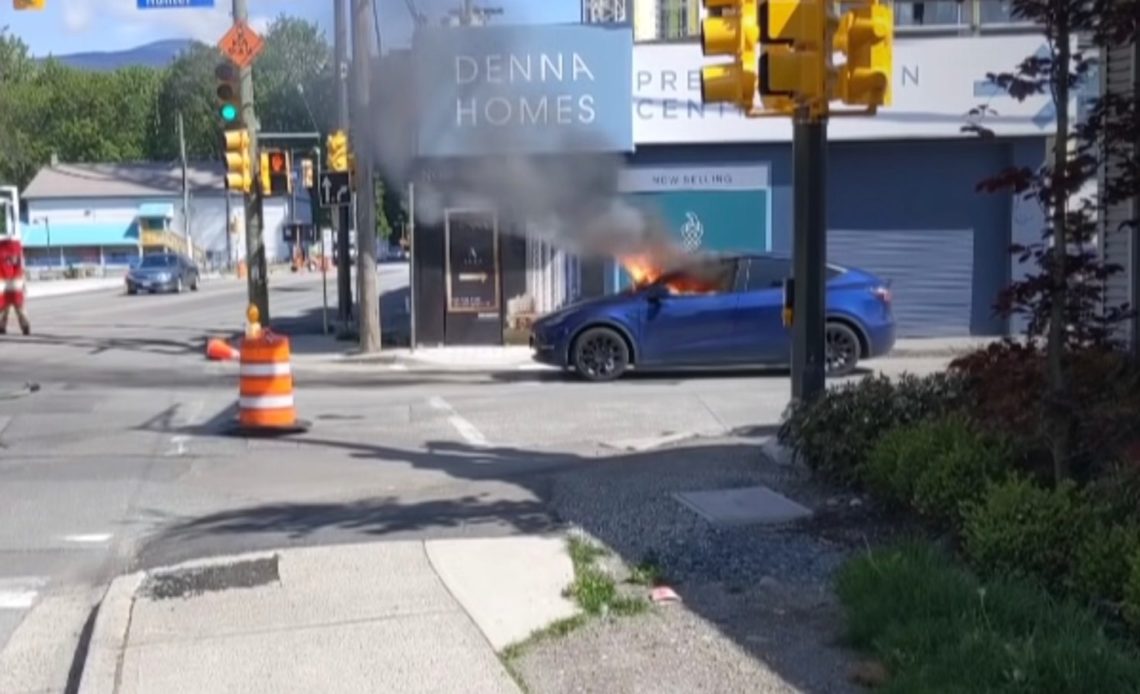 An almost brand-new Tesla Model Y caught on fire after powering down while driving. The driver claimed to be stuck inside the car and had to break the window to get out.

It serves as a good reminder to know and remember that all doors in Tesla vehicles have manual releases.

Jamil Jutha was driving in his 2021 Tesla Model Y that he bought just eight months ago when he claims that the vehicle pushed an error notification and then powered down.

He felt the cabin fill with smoke. He told the fire department when they arrived, after being asked if there was someone else in the car:

While it’s true that the primary way to operate the doors in a Tesla vehicle is through the electronic releases, which don’t work in case of a loss of power, every door is also equipped with a manual release in plain view.

In fact, it’s often a problem for people who are not familiar with the car as they use the manual release instead of the electronic release, which enables the windows on the frameless door to go down before enabling the door to be pushed open – ensuring a safer opening of the doors.

After a few minutes of smoke coming out of the car, flames started to be visible inside the vehicle. The fire department arrived about five minutes after the car started smoking, and they were able to quickly extinguish the fire.

Here’s a video of the whole incident:

While you should avoid using them too often, you should be aware of the manual releases on your doors. Regardless of your car, since this is not unique to Tesla at this point.

It’s important to note that electric vehicles are not known to catch on fire at a higher rate than gasoline-powered vehicles.

Most instances of EV fires come after a severe crash, which is fairly normal for an electric or gasoline-powered vehicle. There are some more worrisome instances of EVs catching on fire without a crash, like this instance, or while charging.

Battery fires also offer different challenges for fire departments than other vehicle fires, but in this case, it’s not clear if the battery was on fire.

They are currently investigating the source of the fire, but with battery fires, the fire generally engulfs the whole vehicle since it is located at the bottom. They also tend to be difficult to extinguish, but the fire department got it under control within seconds in this case.

It’s going to be interesting to see the results of this investigation.