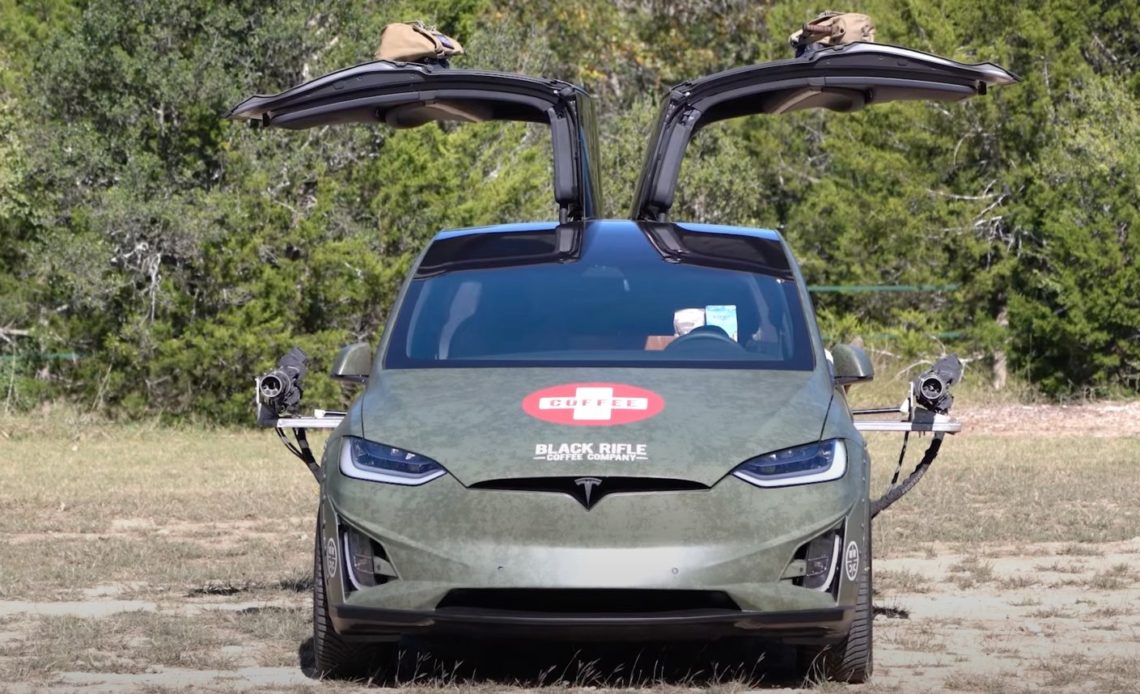 A YouTuber managed to turn a Tesla Model X into a war machine with dual machine guns deploying out of the falcon wing doors.

For a while, Tesla made military-inspired builds of its vehicles for Veterans Day.

Some of those were pretty cool, but they can’t hold a candle to this Model X build.

There are a bunch of modifications to the vehicle, but the most impressive by far are the two deployable machine guns that come out of the falcon wing doors:

They worked with Unplugged Performance to install the body kit, and they also used the Tesla tuner’s expertise with Tesla vehicles to hardwire the mount and electronic deployed and fired system.

It means that the entire machine gun system is powered by the Model X’s battery pack.

Since this vehicle will more likely be found in coffee trade shows and shops than on an actual battlefield, they put a full Marzocco GS3 espresso machine in the trunk.

They decided not to hardwire the system to the Tesla powertrain:

Instead, they are using a Yeti Goal Zero power station that can fit in the lower trunk of the Model X.

They have a custom walnut bottom plate with a hole in it to pass the wires to the bottom and power the coffee-making equipment.

If you see this Model X coming, don’t worry, it doesn’t mean warfare, it means good coffee is coming.