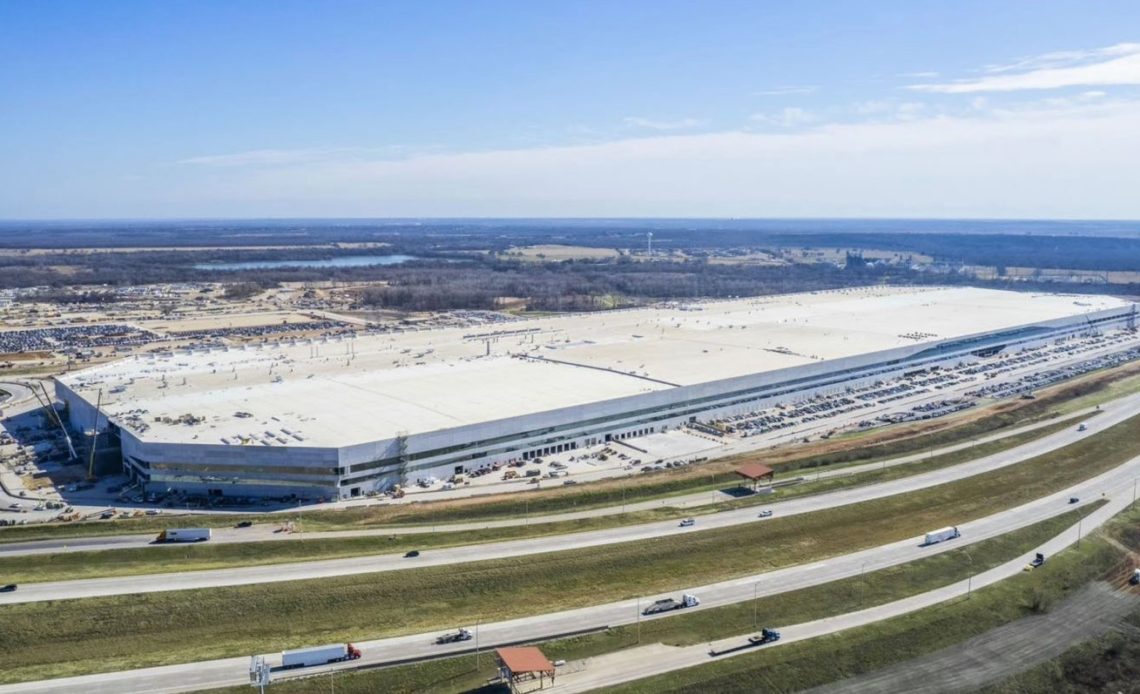 According to new local flings, Tesla is planning a big Megapack project at Gigafactory Texas in order to complement its planned giant solar system and to try and mitigate problems that come with the state’s unreliable electric grid.

Tesla is preparing to launch Gigafactory Texas with its Cyber Rodeo event next week.

While production is just starting, the plant is still growing and more features are being added to it. Drone flyovers in recent weeks have revealed that Tesla has started building a large solar array on the rooftop of the factory; the solar panels are expected to spell out ‘Tesla’ from the sky.

Now, we learn that Tesla is looking to add energy storage to its renewable energy solution at Gigafactory Texas. According to a new filing with the city of Austin, Tesla is applying for a new project at Giga Texas called: “GIGA TEXAS LCRA PERMANENT SWITCHYARD & BESS”:

The application doesn’t reference any type of planned capacity, but it does cover a very large building area of 53 acres, which would be enough for a significant number of Megapacks. The Megapack project would enable Tesla to get to better use its upcoming rooftop solar panel system and provide some protection against Texas’ notoriously unreliable grid – the last few winters have been rough on the Texas grid, and the state experienced several blackouts and brownouts.

Those issues have led many homeowners to turn to products like Tesla Powerwalls, and it only makes sense for Tesla to do the same for Gigafactory Texas, but on a larger scale.

Earlier this year, Tesla unveiled a giant Megapack project in Texas for an electric utility. This new project at Gigafactory Texas could potentially be larger, but we won’t know until Tesla releases all the details.

There’s no completion timeline for the solar rooftop or battery project.

As we previously reported, Tesla has been approved to be an energy distributor in the state of Texas. The move is part of CEO Elon Musk’s vision for Tesla Energy to become a distributed global utility, an endeavor that could even outgrow the company’s automotive business.