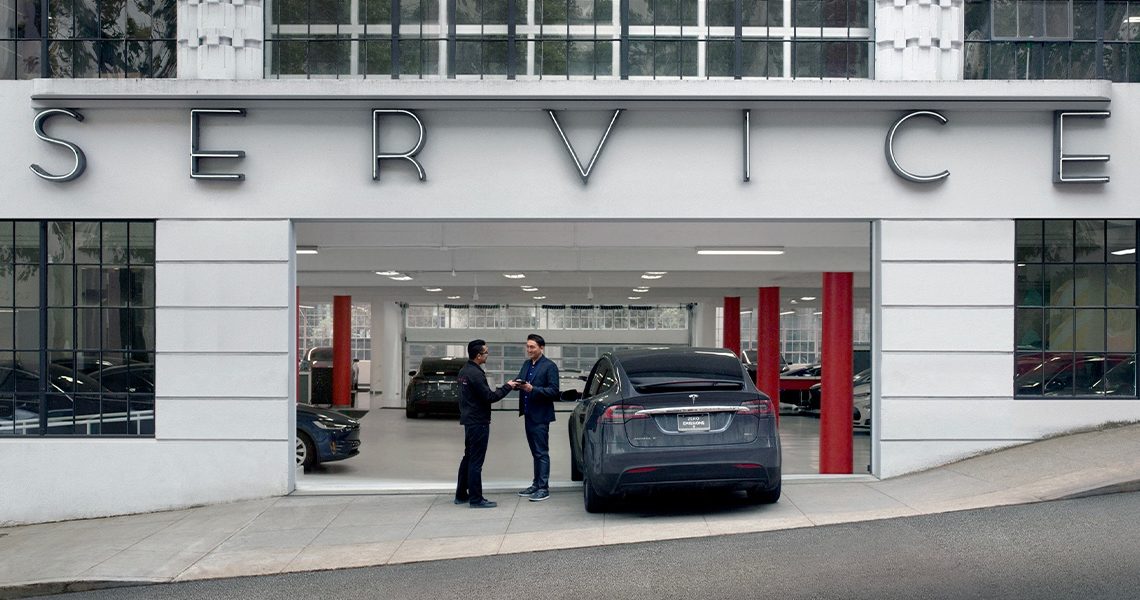 Elon Musk announced that he is working in order for Tesla to achieve same-hour service on its vehicles as often as possible using ‘Formula 1 pit crew techniques’.

As usual, Musk took to Twitter to make the announcement:

This is actually not the first time that Tesla announced such an effort.

One of the first programs he put in place was F1-inspired ‘fast lanes’ at service centers to curb wait times.

Handkammer left Tesla in 2017 and he is now in charge of Global Technical Service & Operations at Lucid Motors.

This new announcement today comes after Tesla already announced a renewed focus on service over the last few months.

Last month, we reported on Musk’s announcement that Tesla is working on service in North America and how Telsa is aiming to make the majority of appointments same-day repairs. As we noted, it is much needed since Tesla’s customer fleet is growing at a much faster pace than its service infrastructure. However, Musk didn’t elaborate on how Tesla plans to achieve that.

Tesla’s service problem was much bigger than we anticipated as we learned that the automaker was going as far as sending untrained employees from other department to work on cars.

During a company-wide meeting a week after the same-day repair announcement, Musk elaborated after being asked by an employee:

The CEO said that the goal to get to two-third thirds of appointments being same-day repairs is part of that mission. He said that Tesla looked at the data of all the different repairs, and he believes that most of them can be done on the same day as long as parts are available at the service centers.

Musk said that he aims for Tesla to achieve that goal with bigger centers and more specialization – meaning that each service centers is going to have service bays to perform very specific services.

It sounds like the newly announced “Formula 1 pit crew techniques” could play into that new model.