Tesla is about to raise the bar with new Model S Plaid, expect a few surprises 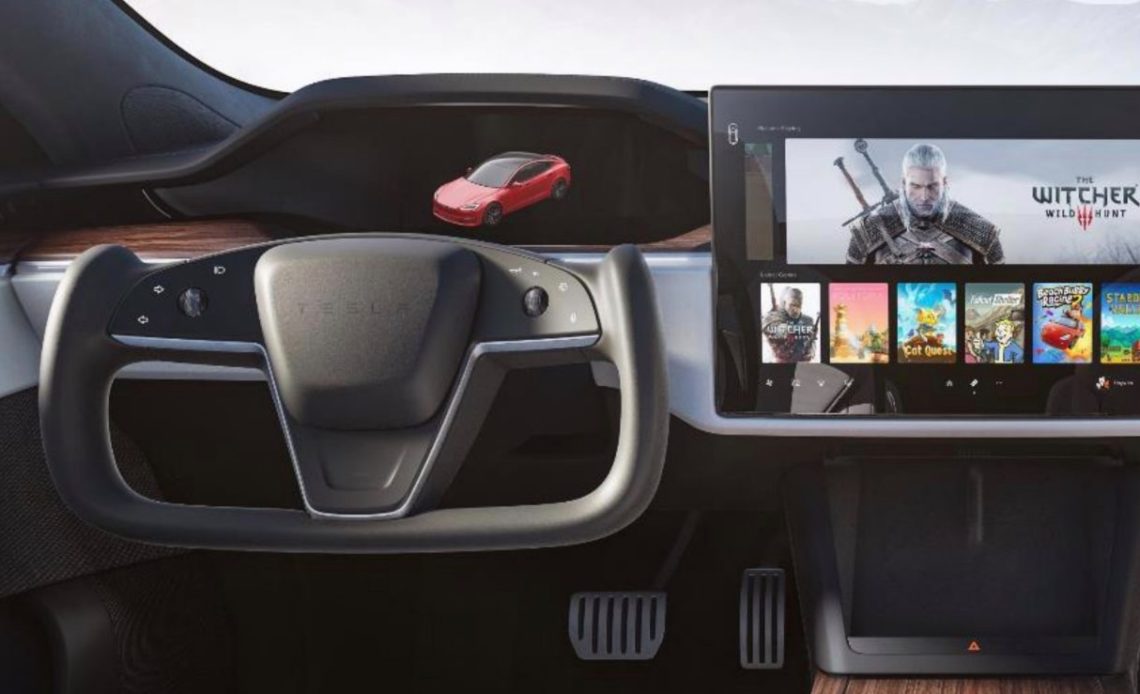 Tesla is about to unveil the new Model S Plaid, arguably the biggest update to the vehicle program, which is already almost a decade old.

We expect that the automaker is going to unveil a few surprises that will raise the bar.

I have a 2012 Model S Signature. It’s still a great vehicle that performs better than many brand-new electric cars today, but it’s unrecognizable compared to a new Model S.

It was built before Tesla started building dual motor all-wheel-drive powertrains and Autopilot.

You could easily make the argument that the 2020 Tesla Model S was already the best car you could buy, which makes it hard to imagine how Tesla is going to raise the bar with the new 2021 Model S Plaid.

There’s what we already know, like the new tri-motor Palladium powertrain enabling a 0-60 mph acceleration in 1.9 seconds and a quarter-mile in 9 seconds.

Tesla also confirmed the use of a new powerful gaming computer to power its new entertainment system inside the new Model S.

But we expect Tesla to have a few surprises during the delivery event tomorrow night.

There’s the infamous new butterfly steering wheel that has gathered most of the attention since the announcement of the new version of the Model S.

People want Tesla to explain what the situation is with the steering wheel since several prototypes were spotted with a round steering wheel.

We already discussed how Tesla removed the stalks on the steering wheel and even plans to use Autopilot to automatically activate the right driving mode (Drive, Reverse, Neutral, or Park).

But what I’ve seen people talk about less is the potential for Tesla to introduce a steer-by-wire system with the new steering wheel.

People have ben worried about turning radius of the new butterfly steering wheel, which Tesla is calling its new “Yoke” steering wheel, but Tesla could tune that to perfection with a steer-by-wire system.

We previously exclusively reported on Tesla working on a new steer-by-wire system, and while we couldn’t confirm that it was for the new Model S, it’s not impossible that Tesla ends up releasing more details during the unveiling event.

With a steer-by-wire system, Tesla would be able to tune this new steering wheel to have a perfect feel for its shape and even potentially offer a variety of customizable feels.

As for surprises, I think Tesla could also unveil a brand-new user interface with the new Model S.

The new Model S and Model X require a new interface because of the new screen configuration.

Tesla went horizontal for the center screen, like in Model 3 and Model Y, but it can’t just copy the same user interface since, in those two vehicles, the left side (right side for right-hand drive) is occupied by the instrument cluster.

The new Model S and Model X still have a separate screen for the instrument cluster, which mean Tesla is going to have a lot of screen real estate to bring a new UI to production in those new vehicles.

That’s on top of the new screen in the backseat, which also requires a new user interface.

The user interface is something Tesla has been miles ahead of other automakers for years now, but there’s always room for improvement, and it’s exciting to see where they take things.

Tesla’s new user interface is expected to be coming in a new v11 software update.

Glimpses of Tesla v11 have leaked in a Model S Plaid prototype that was spotted in the wild earlier this year.

Join us at Electrek tomorrow, Thursday June 10, at 7 p.m. PT (10 p.m. ET) for all the details during Tesla’s delivery event.

What else do you think Tesla could announce tomorrow? Let us know in the comments section below.