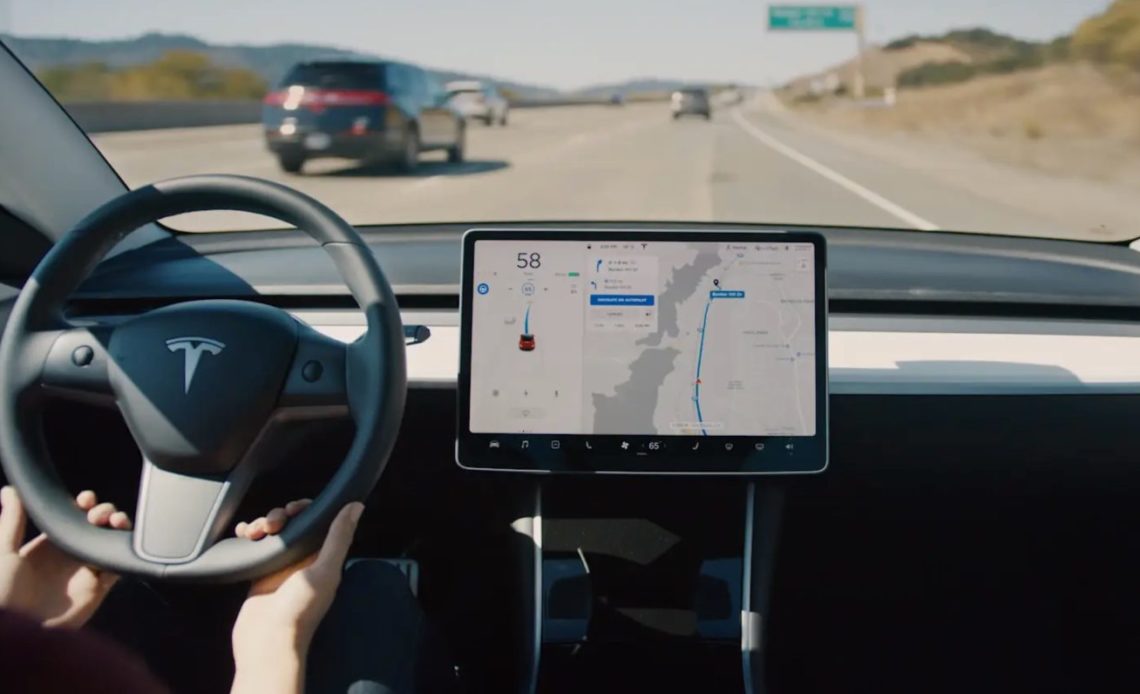 Tesla has started to push a new software update to increase the top speed limit of Autopilot for vehicles with ‘Tesla Vision’ to 85 mph.

It is almost a year to the day that Tesla announced the transition to its “Tesla Vision” Autopilot without radar.

The idea was that it would transition to only using camera-based computer vision in its Autopilot system instead of using inputs from both cameras and radars.

You’d think that more data would be better, but Tesla’s idea is that the roads are designed for humans who operate them using a vision-based system with their natural neural nets in their brains. The automaker believes it best to try to replicate that purely with cameras and artificial neural nets and not let the data from the radar pollute that.

However, Tesla warned that the transition would result in limitations of some Autopilot features at first.

One of those limitations has been the top speed at which Autosteer, Autopilot’s main feature that keeps a vehicle in its lane, was limited to 75 mph.

This was quickly raised to 80 mph, but it has stayed at that speed for a while and owners have been asking for Tesla to raise it. Regular Autopilot with radar would have a 90 mph top speed.

Now Tesla has started to increase the limit for vision-only vehicles to 85 mph, according to an update on Tesla’s website (hat tip to Artem Russakovskii):

“Autosteer will be limited to a maximum speed of 85 mph and a longer minimum following distance.”

It’s not quite at parity with pre-vision-only Autopilot, but it is getting closer in terms of the top speed.

Though there are other bigger problems that the vision-only system brought to Autopilot.

As we have previously reported, reports of phantom braking errors have soared since Tesla transitioned to vision-only Autopilot.

Back in November, Electrek published an article titled “Tesla has a serious phantom braking problem in Autopilot.“

Phantom braking is a term used to describe when an advanced driver assistance system (ADAS) or a self-driving system applies the brakes for no good reason.

The system can be falsely detecting an object on the road or anticipating a collision that won’t actually happen and apply the brake to try to avoid it.

Obviously, phantom braking is something you want to avoid since it can create accidents if someone is following too closely behind you.

This issue is not new in Tesla’s Autopilot, but our report focused on Tesla drivers noticing an obvious increase in instances based on anecdotal evidence, but it was also backed by a clear increase in complaints to the NHTSA.

We linked the start of the increase in phantom braking reports to the transition to Tesla Vision.

Our article made the rounds in a few other outlets, but it didn’t really go mainstream until the Washington Post ended up picking the story up with a very similar report that was more widely distributed earlier this year.

Since then, NHTSA announced an investigation of Autopilot’s phantom braking problem.