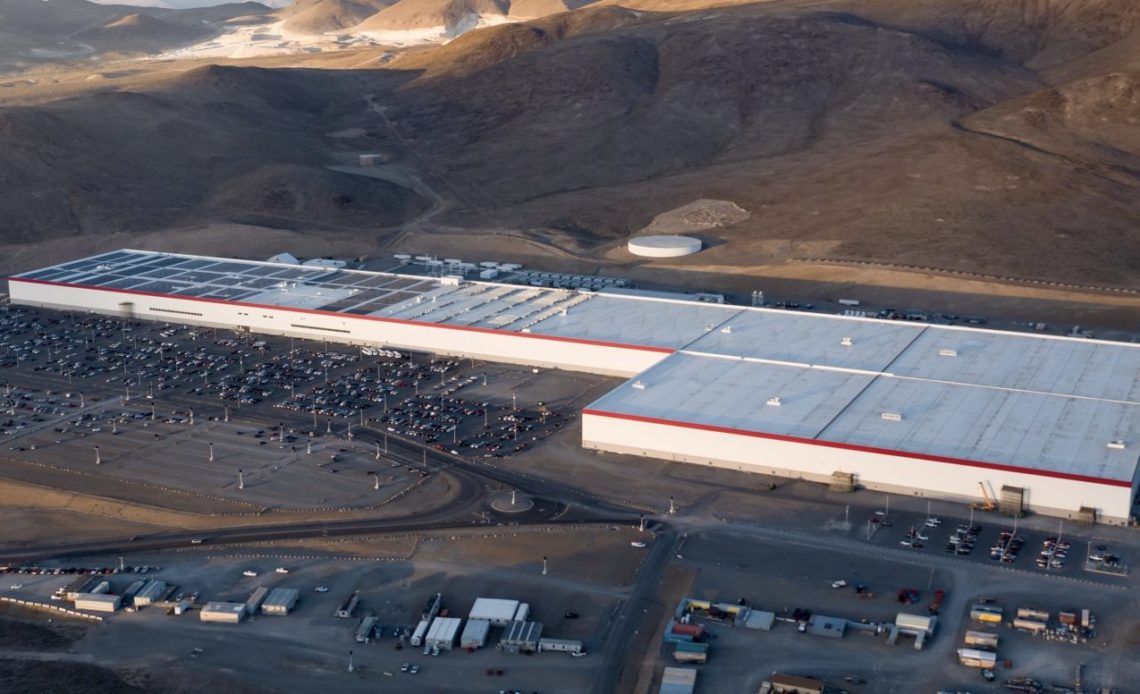 Tesla has revealed the output Powerwall, Megapacks, vehicle motors, and batteries of Gigafactory Nevada as new leadership is taking over the factory.

Gigafactory Nevada is a factory that Tesla shares with Panasonic where the latter produces battery cells that the former puts into battery packs for its electric vehicles produced at Fremont Factory.

Tesla also produces electric motors at the plant, as well as stationary energy storage products like Powerwall and Megapack.

Chris Lister, vice president of Gigafactory operations, was in charge of operations at Gigafactory Nevada, but he left Tesla this summer.

Now Hrushikesh “Hrushi” Sagar, senior director of vehicle operations and manufacturing engineering, is taking over his responsibilities, along with leading Fremont Factory, and held a meeting with Gigafactory Nevada employees this week to discuss the direction of the plant.

CNBC obtained a recording of the meeting during which the leadership shared some rare data about Tesla’s output at the factory.

Sagar confirmed that Gigafactory Nevada produced 283,473 drivetrains during the second quarter of 2022. Most of those powertrains fed vehicle production at Tesla’s Fremont and Austin factories.

The new leadership also stated that the factory needs to maintain “a steady output of 8,800 high voltage battery packs per week” just to feed Fremont Factory with packs for vehicle production.

Tesla has also managed to significantly ramp up Megapack production at the factory. The automaker is reporting a capacity to produce 42 giant Megapack per week compared to 34 during the last quarter.

The company also confirmed that it produced 37,600 Powerwalls in the second quarter, but it is now capable of producing over 6,500 Powerwalls per week, which should put Tesla’s quarterly output over 70,000 Powerwalls.

During the meeting, Tesla’s management also talked a lot about Fremont factory, which needs to be seen as a “client” by Gigafactory Nevada, according to Sagar. The company confirmed that Tesla now has a production rate of 12,000 cars per week at the factory and it is in the process of ramping that up to 14,000 per week.

These are all very impressive numbers. Gigafactory Nevada is obviously critical to Tesla’s success with an output of nearly 300,000 drivetrains per quarter.

Forty-two Megapacks per week is also really good, and that’s not accounting for Tesla’s new Megafactory in California, which should greatly increase Tesla’s capacity to produce Megapacks. 6,500 Powerwalls per week is also a massive increase in output. We might finally see Tesla expand the availability of the Powerwall as Musk hinted at earlier this week.

These two combined together should set Tesla up for a massive deployment of energy storage products in 2023.