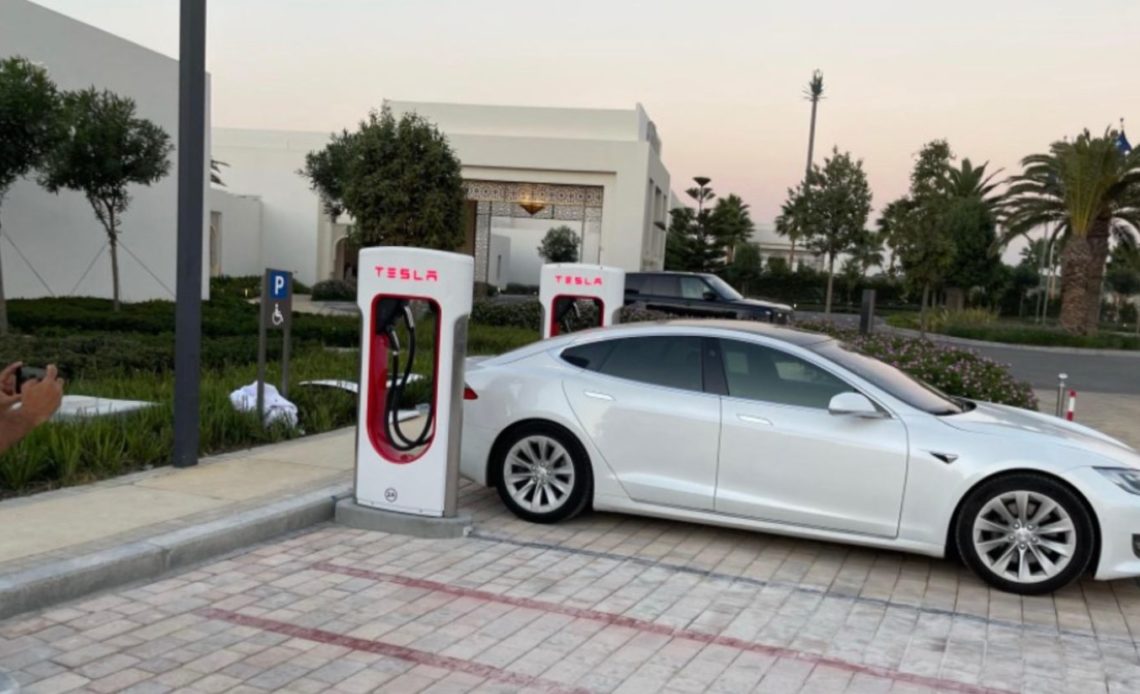 Tesla has deployed its first two Supercharger stations in Morocco, marking its first entry in the African market.

Supercharger stations are generally the first step toward Tesla entering a new market.

Over the years, CEO Elon Musk has often talked about Tesla launching in his native Africa, especially his home country of South Africa, but it has yet to happen.

It doesn’t mean that there are no Tesla vehicles in Africa.

There are plenty of them, but they have been privately imported by individuals who have to jump through hoops to make it happen.

Once they have their electric vehicle, they also face some issues since Tesla doesn’t support the market with service centers, Supercharger stations, navigation updates, and connectivity.

Yesterday, Tesla opened the new stations at the Onomo Hotel in Casablanca and the Al Houara Resort and Spa in Tangier (picture via Plugshare – first spotted by Drive Tesla Canada).

There are only four Supercharger stalls at each station and they are only v2 150 kW, which is the previous generation of Tesla’s Supercharger technology.

Based on those locations, those first Superchargers in Africa might be more about servicing vacationing European Tesla owners than the local market.

Nonetheless, it’s an important first step toward Tesla entering the African market. After opening those Supercharger stations, it will be easier for Tesla to open more.

There are already a decent number of Tesla owners in Morocco and a few other African markets.

Tesla has been known to look at the number of owners who imported their own cars into a market as a data point to consider officially entering the market.

In Morocco, Tesla is also doing more business after recently starting a supply agreement with semiconductor company STMicroelectronics based outside of Casablanca.