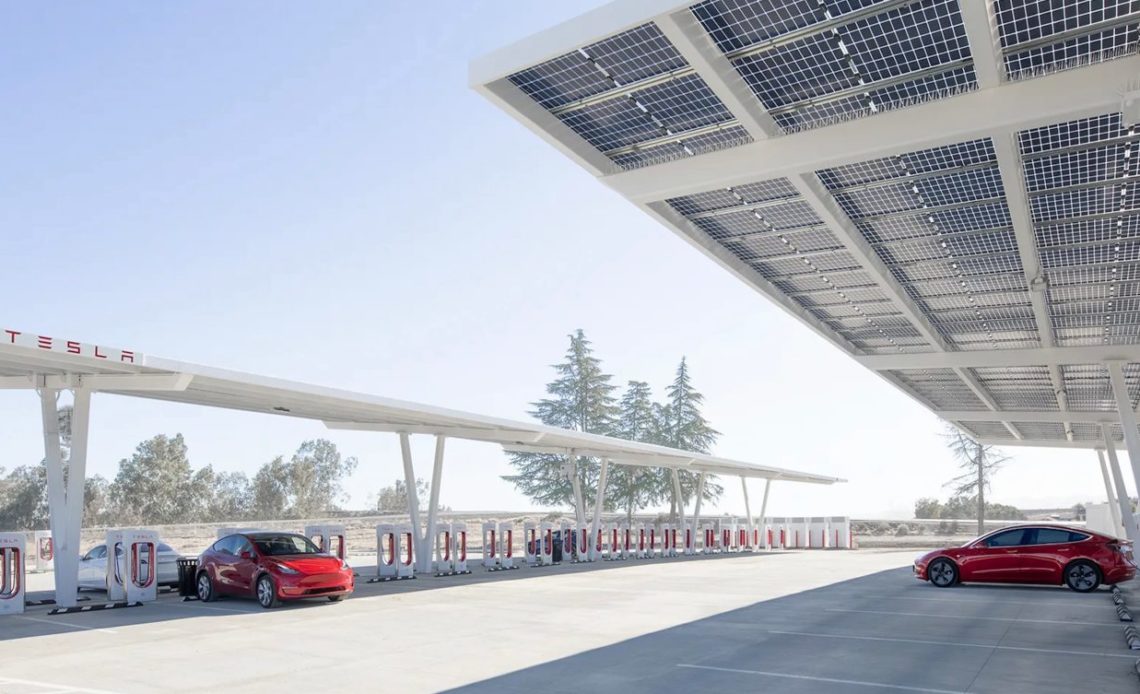 Tesla announced that it has deployed its 35,000th Supercharger stall today at a new station in Wuhan, China.

However, it is lagging behind vehicle deliveries, which grew 87% during the same period of time – on top of now gradually starting to allow non-Tesla EV owners to use the network. It also lags behind Tesla’s own goal to triple the Supercharger network in two years, but the automaker is nonetheless deploying new and larger stations at an impressive rate.

Today, Tesla announced its Supercharger network hit a new milestone by deploying its 35,000th Supercharger in the world:

The automaker also noted that it deployed 5,000 Superchargers over the last six months.

As Tesla also noted, it operates the largest fast-charging network in the world, and it remains an important advantage for the automaker, but it is in a transition phase. The company is starting to open up the network to non-Tesla electric vehicles – increasing the charging options for all electric vehicles.

As it does that, Tesla has to accelerate deployment in order to support both its own growing fleet of customer vehicles and other EVs looking to use the Supercharger network.

We expect that Tesla is going to continue accelerating its Supercharger station deployment in the coming months, especially with its new pre-fab method that can deploy a new station in days. It greatly simplifies the installation process, which is just one part of the complex process involved in deploying new charging stations. It includes finding an appropriate location, making a deal with the property owner, getting approval from the local electric utility, building the station, and lining up an installer.