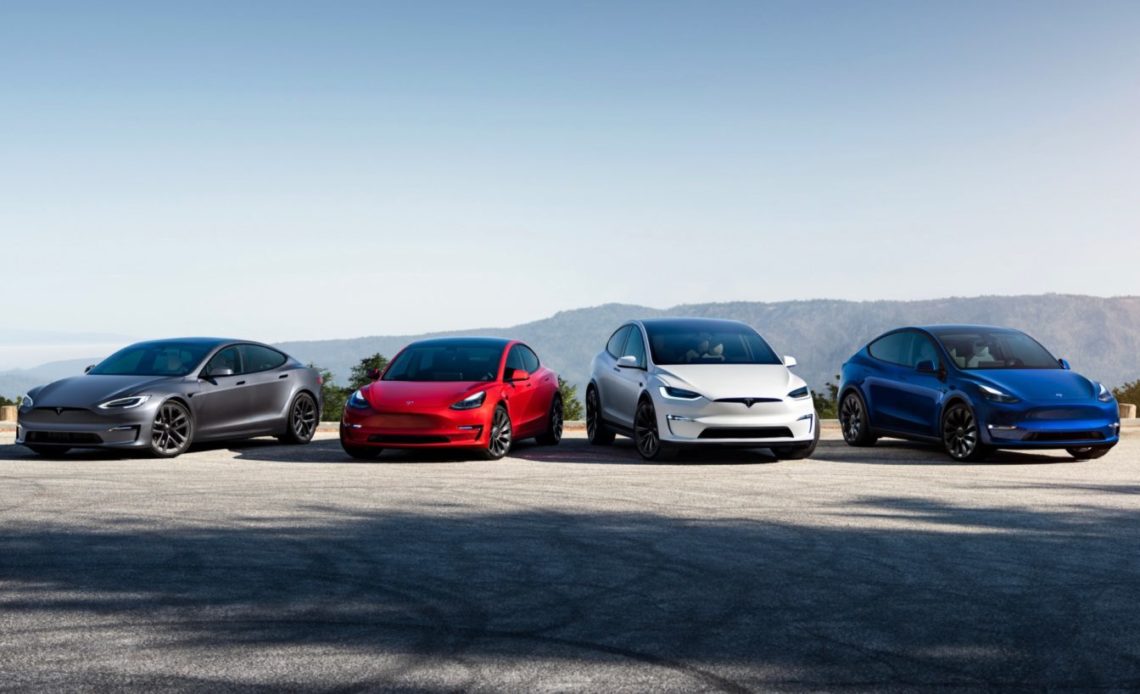 Tesla released its Q1 2022 delivery and production results today and confirmed just over 310,000 deliveries, which is a new all-time delivery record despite a difficult quarter for several reasons.

Due to supply chain issues and 2 separate shutdowns at Gigafactory Shanghai, many believed that Tesla would finally break its impressive streak of quarterly delivery records.

We estimated that Tesla would easily beat its Q1 delivery record, but it would be extremely hard to beat its all-time delivery record of 308,000 vehicles achieved last quarter (Q4 2021).

However, the automaker surprised today by releasing its results and announcing deliveries of over 310,000 vehicles in Q1 2022:

“In the first quarter, we produced over 305,000 vehicles and delivered over 310,000 vehicles, despite ongoing supply chain challenges and factory shutdowns.”

Production is slightly down from last quarter’s all-time high of 305,840, but Tesla had enough inventory to manage to still beat its all-time delivery record.

Here’s Tesla’s breakdown of production and delivery results for Q1 2022:

The results are most impressive if we compare them to the same period last year (Q1 2021) when Tesla produced 180,338 vehicles and delivered 184,800 vehicles.

It represents a year-over-year increase in production of 69% while most other automakers saw a reduction in production capacity over the last year due to supply chain issues.

Tesla would have also done better if it didn’t have to shut down Gigafactory Shanghai on two occasions last month due to COVID-19 restrictions. We estimate that Tesla would have likely produced about 10,000 additional vehicles if it wasn’t the case.

These are impressive results for Tesla within the context of the current supply chain issues and factory shutdowns due to COVID-19 restrictions in China.

Unfortunately, those are expected to continue in Q2 2022.

Otherwise, Tesla would be well-positioned to grow significantly during the current quarter as it ramps up Gigafactory Berlin and Texas.

Another problem is that the former also rely on supply from Gigafactory Shanghai and other suppliers in China, who could also suffer from the ongoing restrictions due to the surge in COVID-19 cases in the country.

It should be another interesting quarter for the biggest EV automaker.