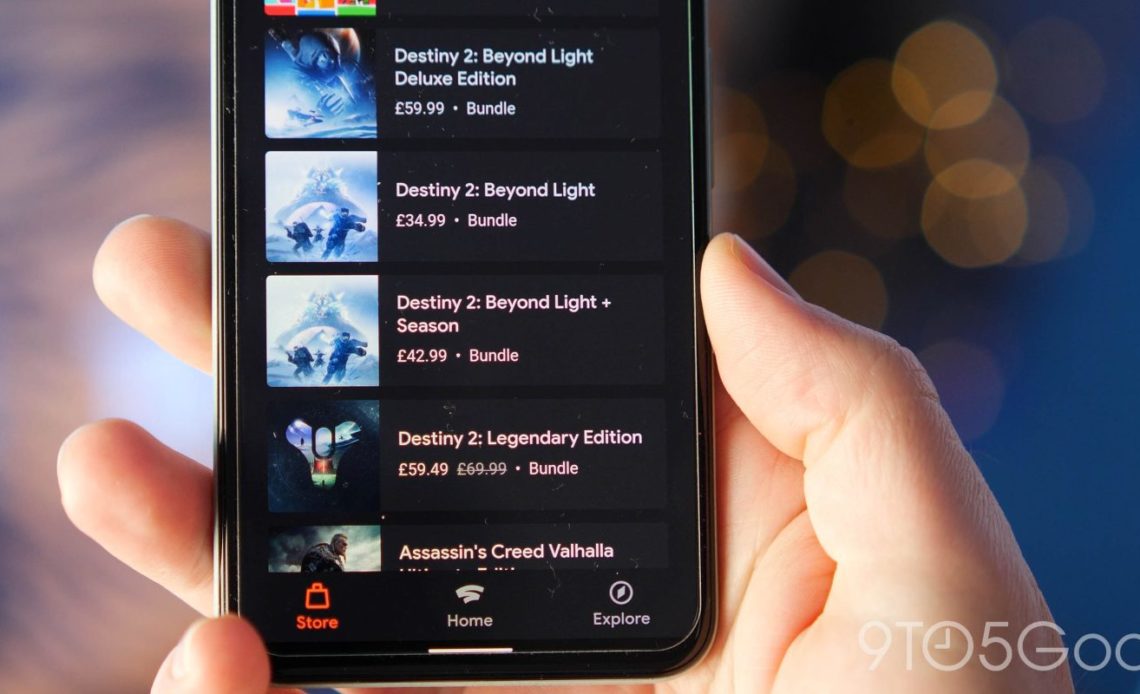 One thing that Google has been quite clear since it was first announced that Stadia was shutting down is that all purchases would be returned to their original payment method. Meaning if you made a purchase through PayPal, your PayPal account would receive the funds from that transaction.

Notably, one of the ways that you could purchase Stadia games — at least on Android — is with Play Store credit, whether obtained through redeeming Play Points, answering Opinion Rewards surveys, or purchasing Google Play gift cards. Like every other payment method, Stadia purchases made with Play Store credit are being refunded back as credit.

Unfortunately, it seems some customers frequently stacked their accounts with Google Play Store gift cards and used that credit to fund many of their Stadia purchases. Over on Reddit, there are numerous examples of customers receiving incredible amounts of Google Play Store credit, into the thousands of dollars. Expectedly, Google’s support team is unable to transfer the newly accumulated Play Store credit to any other form of payment.

The current assumption is that any Stadia-related transactions split between Play Store credit and another form of payment (bank, credit card, etc) will follow that same split when being refunded. That would mean any Play Store credit used will be returned as credit, while the remainder will go back to the original payment method.

Another complicating factor here is that of Google Opinion Rewards, which offers Play Store credit that expires one year after completion of each survey. Stadia customers are finding that this credit is being returned with its original expiration date still in place, potentially meaning any Opinion Rewards credit spent over a year ago will not be refunded. We’ve asked Google for clarification on this.

One potential solution to the Play Credit problem, suggested by some members of the community, is to simply outright delete your Google account before the Stadia refund can be processed. The working theory is that since the original form of payment (Play Store credit to your account) would no longer be available, Google would be obligated to send the refund another way.

While certainly an extreme solution — which would involve losing access to your Gmail account, any Android app purchases, YouTube data, and much more — it’s a potentially feasible plan for those expecting to receive hundreds or thousands of dollars in Stadia refunds as Play Store credit. However, those who do so should not expect to get their alternate refund in a timely manner, as you’ll likely need to manually confirm your ownership of the Google Account and purchases. It’s also a gamble, as it’s not been confirmed whether deleting your account would actually ensure a noncredit refund.

Meanwhile, for those enrolled in Google’s Play Points system, it seems that the wave of Stadia refunds is causing the Play Points earned with each transaction to also be deducted.

In a statement to 9to5Google, Google has confirmed that this issue is unintended and should only affect customers in the US. The company is investigating solutions for those seeing Play Points deductions related to their Stadia refunds.

We are aware of the Play Points balance issue caused by Stadia refunds that is impacting some users in the US. We are working on a resolution for this issue.