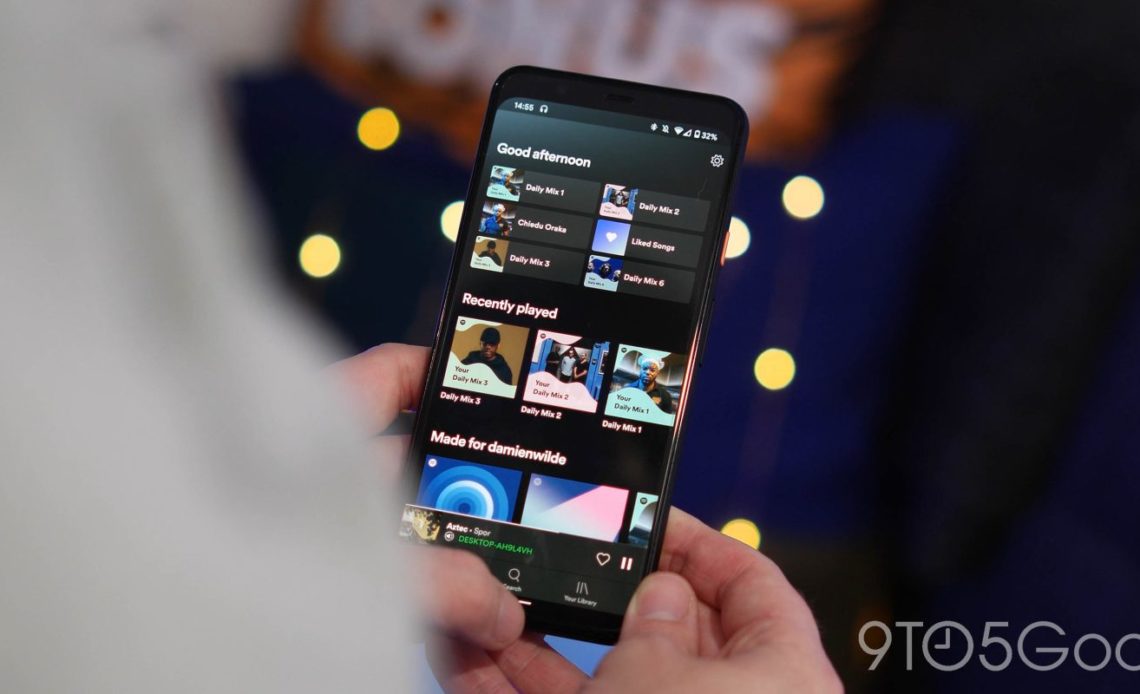 A recent update to the Spotify app for Android has been causing issues, with playback being interrupted or the notification-based controls disappearing.

Across Spotify’s own community forum and posts on Reddit, in the last few days, Android owners have been reporting issues with the latest update to the app. According to the reports, and first-hand experience on our own devices, the usual playback bar in the bottom of Spotify for Android is disappearing, meaning the app doesn’t recognize that anything is playing.

When the issue occurs, there’s also no notification for the Android OS to know that media is being played. As such, it will also allow for things that aren’t normally possible, like listening to a song on Spotify while also playing a YouTube video. In our own testing, on occasion, music playback would cut out entirely or be interrupted for a few seconds.

The exact cause of the bug has yet to be discovered, though Spotify has publicly acknowledged the issue and put out a request for additional information from those affected. So far the majority of the reports have been on Android 12 devices, which means most of those with the issue have been on Samsung Galaxy and Google Pixel phones, though there have also been reports of Spotify’s playback issues on OnePlus devices.

One simple way to resolve the issue on your device would normally be to install a version of the Spotify app older than version 8.7.20.1261. However, as Spotify does not allow its app to be uploaded to app archiving websites, it would be safer to wait for the company to roll out a new update in the coming weeks.