SpaceX successfully landed a Starship prototype for the first time 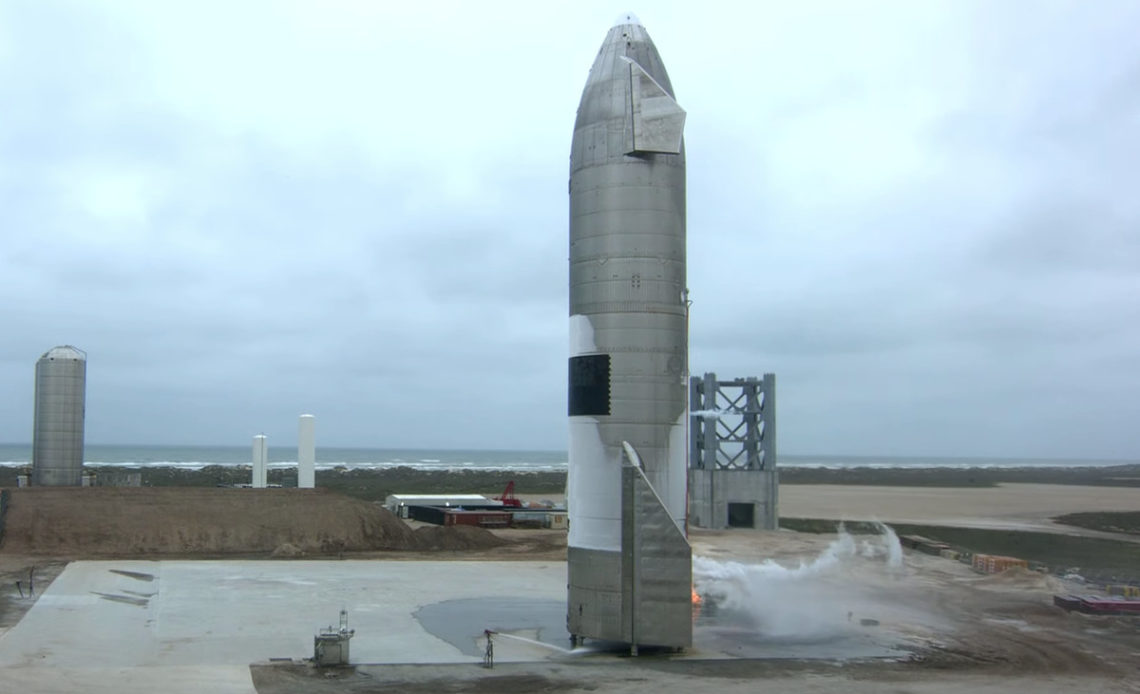 SpaceX launched a high-altitude Starship prototype rocket and successfully landed it for the first time on Wednesday, overcoming a key challenge in Elon Musk’s whirlwind quest to build a fully reusable Mars rocket. Musk has said the SN15 rocket contained “hundreds of design improvements” over past high-altitude prototypes, which were all destroyed during explosive landing attempts.

Starship SN15 lifted off at 6:24PM ET from SpaceX’s Boca Chica, Texas facilities, soaring more than 6 miles in the sky to test in-flight maneuvers. As it reached peak altitude, SN15’s three Raptor engines gradually shut down to begin a horizontal free-fall back to Earth. Nearing land, two engines reignited to execute a complex “landing flip maneuver,” where the rocket reorients/repositions itself vertically ahead of a soft touchdown.

The rocket deployed a set of tiny legs and landed firmly on a concrete pad not far from its launchpad, becoming the first surviving Starship prototype. A small fire appeared near the base of the rocket after landing — “not unusual with the methane fuel that we’re carrying,” SpaceX engineer John Insprucker said on the livestream — and was extinguished a few minutes later.

All four previous high-altitude prototypes exploded upon attempting to land — either on, shortly before, or moments after the touchdown.

SpaceX’s Starship system is made for sending humans and up to 100 tons of cargo to the Moon and Mars. The 16-story-tall high-altitude prototypes like SN15 represent just the top half of Starship. The bottom half will be a towering “super-heavy” booster that will help launch Starship’s top half before returning back to land.

The success at SpaceX’s so-called “Starbase” facilities in Texas on Wednesday follows a strong signal of approval from NASA, which last month awarded Musk’s space company $2.9 billion to use Starship for the agency’s first two missions to the Moon by around 2024. Two other companies were in the running for the award: Blue Origin, which led a group of established space contractors including Lockheed Martin, and Dynetics.

SpaceX’s award shocked many in the space industry who expected NASA to pick two companies. Blue Origin and Dynetics protested NASA’s decision, saying two companies should have been picked as expected and alleging the agency’s evaluation unfairly favored Starship. Those protests have put a hold on SpaceX’s ability to use the $2.9 billion in funds, but development of Starship, supported largely by private funding and Musk’s wealth, has continued regardless.

A busy two weeks for SpaceX

“The past two weeks have been full of accomplishments by the SpaceX team,” Insprucker said after SN15’s clean touchdown, mentioning SpaceX’s launch of astronauts on its used Crew Dragon capsule last month and the first nighttime splashdown of a US astronaut capsule in 52 years.

For SpaceX and NASA’s two Moon missions, Starship will need to demonstrate it can refuel itself in orbit before flying to the lunar surface — two feats never before accomplished by a private company. The lunar version of Starship will also need to prove it can use an entirely different set of thrusters to ease itself down on the dusty surface of the Moon.