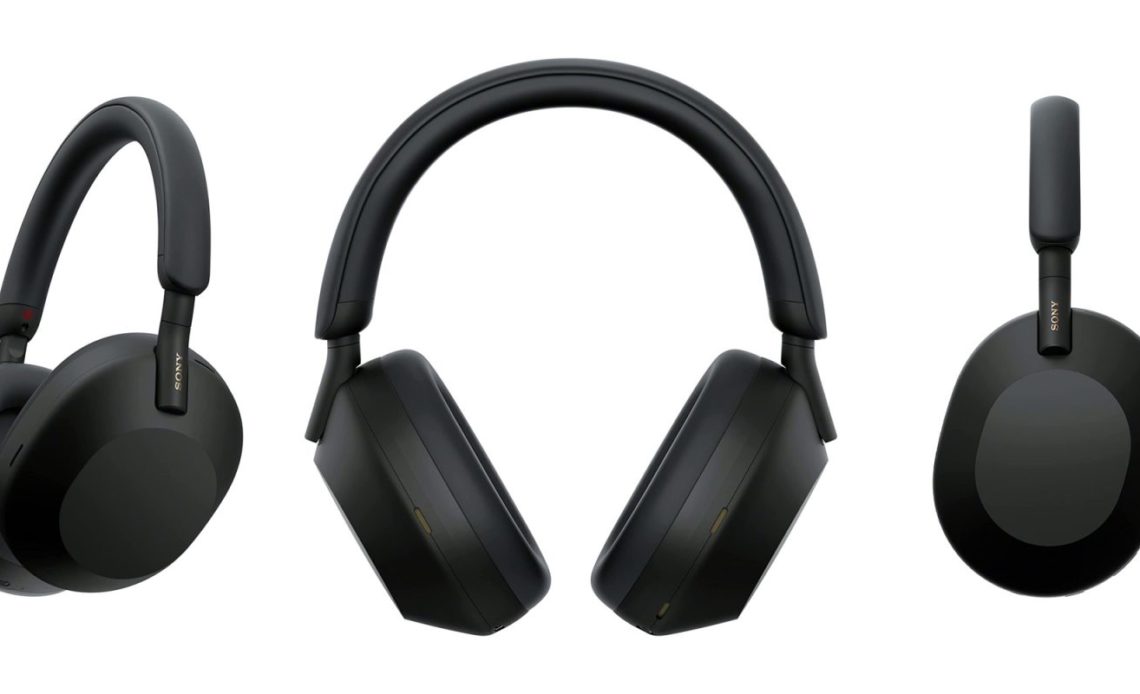 Leaked many times in the last few weeks, the Sony Wh-1000XM5 headphones have become a much-anticipated update to Sony’s line of wireless noise-canceling headphones. Today, Sony officially announced the WH-1000XM5 with improved features and a new design for $399.

First off, the WH-1000XM5s are supposedly packing some incredible improvements in noise cancellation over last generation’s XM4s. Where the XM4s struggled, these new cans are supposed to shine. Sony claims that the noise cancellation on-board does a lot better, comparatively, when it comes to mid and high-frequency noises. A second processor was added in order to handle even more situations where noise canceling could fail altogether. In total, the wireless headphones have two processors for this purpose: the QN1 processor and the new V1 processor.

The other main internal difference is the driver that the XM5s house. Rather than the 40mm driver found in the XM4 headphones, these carry two 30mm drivers that are apparently better equipped to handle music for those who want a more natural sound. In addition, lows are more responsive and the overall sound clarity has improved. That, paired with Sony’s LDAC codec and Sony’s form of spatial audio, the Sony WH-1000XM5s are set to put out some really good audio.

As far as design goes, Sony has ditched the wider band on the XM4 headphones and gone for a more modern look with two colors. This new design more directly competes with Apple’s AirPods Max headphones, specifically in the stem department. The band is made of synthetic leather that should keep the wearer relatively comfortable all day. One huge oversight may have been portability. Unlike the Xm4s, the WH-1000XM5 headphones don’t fold up. This was one of the best features that the previous model had to offer since it allowed for mobility and the option to stuff it in your bag and go. Unfortunately, that’s no longer an option.

Of course, the XM5s are capable of using your favorite digital assistant, whether that’s Google Assistant or Amazon Alexa. To pair with that, we’re happy to see that Sony is utilizing Fast Pair and Multipoint pairing on these headphones, which will make it a bit easier to move between devices. Also, as leaked previously, Sony’s WH-1000XM5 headphones have a 30-hour battery life, which isn’t an improvement over the last generation.

Overall, the Sony WH-1000XM5 headphones look like absolutely solid headphones with a lot of features to keep you going throughout the day. The new drivers and improved noise cancellation are exciting features, as well. Sony’s new headphones come in at $399, about $50 more than the XM4s cost at launch. Here’s where they’re available: