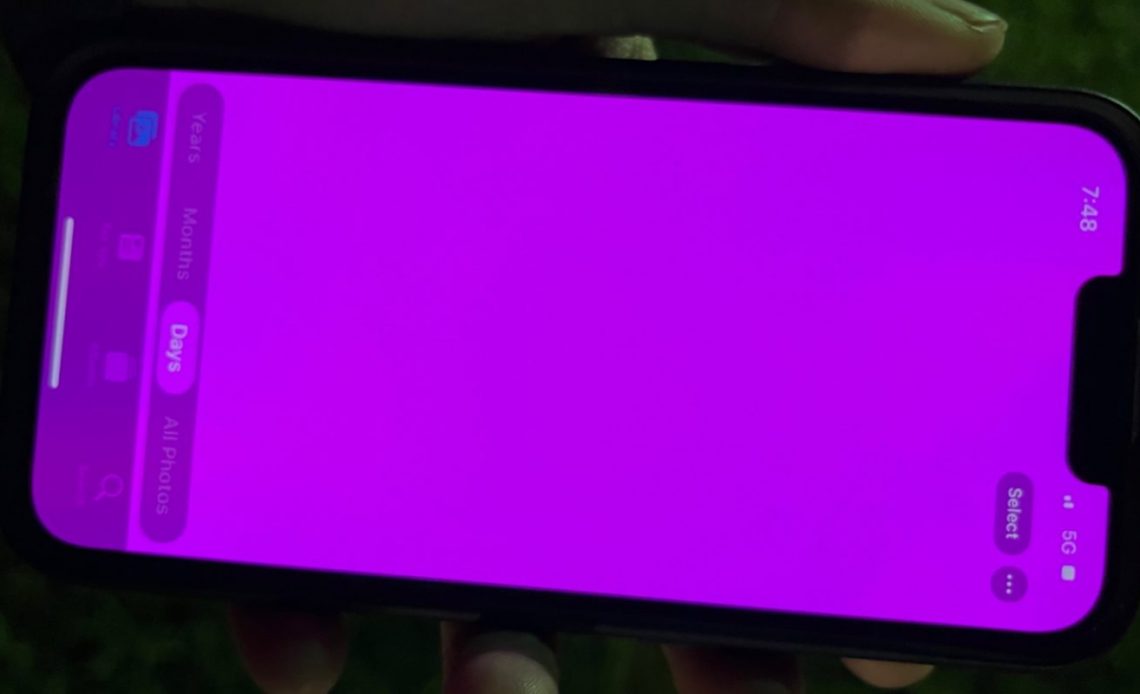 Several users are reporting a random pink screen problem when using the iPhone 13, making it impossible to use the phone without restarting it. In an Apple discussion forum, a user posted in October that their iPhone 13 Pro screen turned itself pink and randomly started crashing.

While their iPhone has been replaced, several other users started to report this problem over the coming weeks and months.

While some customers were able to get a new iPhone 13, others didn’t have the same luck, as Apple said it was just a software bug. Reading the reports, it’s not possible to find a pattern of why this happens, although it seems restricted to the iPhone 13 line. One user wrote in December:

Had the same issue when taking a picture and it froze screen turned pink and then restarted. Called apple support they ran diagnostics and said there was nothing wrong. So gonna keep it until it happens again or happens constantly.if it does i am returning it since I just got it day before yesterday.

Then, on Reddit, more users reported the same problem with their iPhone 13. One said:

This happened to me in the car the other day. It was preceded by my GPS being a few streets off until I power cycled it. During the cycle it pink screened. Been fine ever since.

My phones battery was acting weird and it kept freezing so I power cycled it and it pink screened too. 13 pro.

With all these reports, the blog My Drivers discovered that Apple made a statement on the social network Weibo this weekend. This is because most of the cases are apparently coming from China. The company said:

We didn’t notice relevant problems in the hardware of the devices because this situation [pink screen] is caused when the system is locked.

According to the publication, Apple advises users to backup their data and install the latest update available to rule out the incompatibility between an app version and the iOS version.

As of now, iOS 15.3 RC doesn’t mention the pink screen bug fix. It’s also somewhat confusing because some of these reports first surfaced back when the iPhone 13 was originally launched.