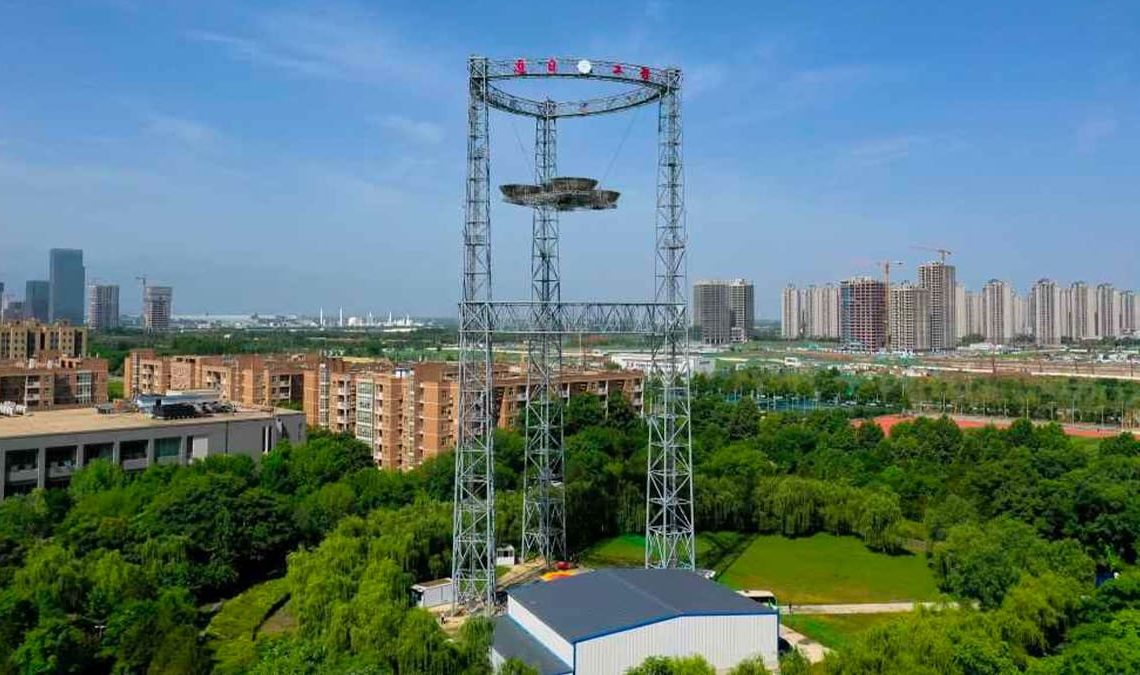 LONGi Green Energy, the world’s largest solar company, is going to launch solar panels into space to test whether they can successfully work in orbit and transmit power back to Earth.

The Xi’an, China-based solar giant’s newly announced project is called the LONGi Green Energy Future Energy Space Laboratory. It aims to “promote the integrated development of aerospace technology and new energy.” The company is also going to test its products in similar environments on Earth in order to assess whether they’re suitable for space.

So what’s the point of launching solar panels into space? Unrestricted exposure to the sun while they’re in orbit.

I also look forward to LONGi and China’s photovoltaic enterprises speeding up their pace and moving forward hand in hand with China Aerospace.

In June, Chinese scientists at Xidian University in Shaanxi province announced that they had successfully tested a full-system model (pictured above) that could wirelessly transmit solar power from space to Earth. Bloomberg summarized how it works:

[It] captures sunlight high above the ground and converts it into microwave beams. It then transmits through the air to a receiver station on the ground, where it can be converted back to electricity. While the model only sends the energy 55 meters through the air, the researchers hope the technology could one day be expanded to send power from orbiting solar panels to Earth.

I write about solar a couple times a week, but solar from space? It was time to talk to the space experts. I asked the writers at Electrek‘s sister site, Space Explored, what they thought of this initiative, and they weren’t overly enthused.

We already have a problem with too much space debris and large constellations in orbit. Regulations don’t exist to ensure operators of satellites cooperate in avoiding each other, and adding more isn’t going to help the situation.

It’s a great idea in theory, but I think the additional problems it will create will outweigh the benefit it will bring. But the technology LONGi could create out of these tests could be useful for future space exploration on the Moon or Mars when we have less congestion in our orbit.

Continuing to explore and improve solar panel tech for space flight will continue to improve that same tech down here on earth, and in other space applications. But the idea of “space-based power stations” is a very … optimistic take. I just can’t see it happening. If LONGi is getting double the power, or even triple the power, due to lack of clouds and darkness, I see no way that can make up for tens of millions of dollars per launch.

A [SpaceX] Falcon 9 can launch (very roughly) 20,000 lbs to low earth orbit, and that would be less for sun synchronous orbit. Solar panels made for space could be lighter, but would have faster degradation than on Earth. And if the company is paying $35-45 million per 20,000 lbs of solar panels … that’s a ton of extra solar panels and batteries you could buy here on Earth.