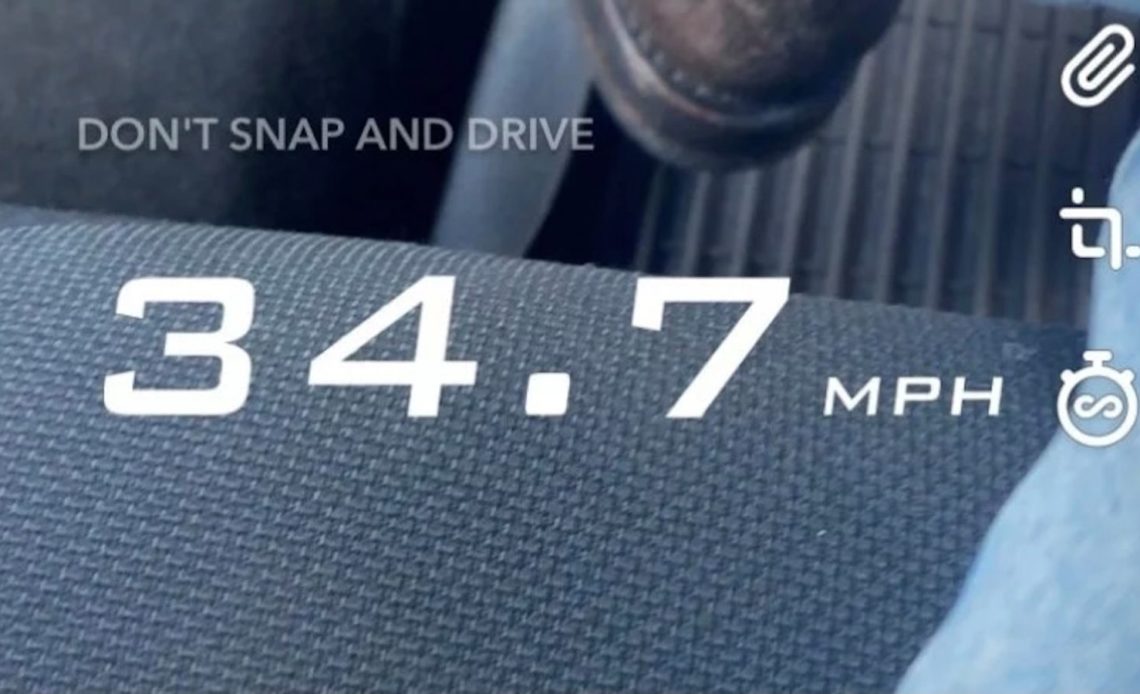 Snapchat for iOS is dropping its once-popular speed filter amid concerns about safety and reckless driving. The filter has become significantly less popular over the years, and Snap says it’s now being fully removed from the app because it’s “barely used.”

For those unfamiliar, the speed filter in Snapchat allowed users to record and share how fast they are moving. The feature naturally raised concerns about reckless and distracted driving when it was introduced in 2013. Over the years, Snap has stood by the speed filter despite lawsuits, resisting calls to remove the feature entirely.

Snapchat instead made some changes to reduce the popularity of the speed feature, including changing it to a less visible sticker, adding a “Don’t Snap and drive” warning, and limiting it to 35mph.

Snap has defended the feature in the face of warnings from safety advocates who’ve argued that it encourages reckless driving. The company has also faced lawsuits from the families of those who have been injured or killed in car crashes where drivers were moving at excessive speeds, allegedly to score bragging rights on the app.

And the legal battles continue. Naveen Ramachandrappa, a California lawyer who sued Snap over the speed filter, wrote in a lawsuit that some teenage users of Snap believed they would be rewarded with digital prizes and trophies for recording a speed in excess of 100 miles per hour.

But after eight years of the feature, Snap confirmed today that it is officially removing the speed filter for good. A spokeswoman confirmed that the sticker is “barely used by Snapchatters, and in light of that, we are removing it altogether.”

You can read the full story of the Snapchat speed filter at NPR.