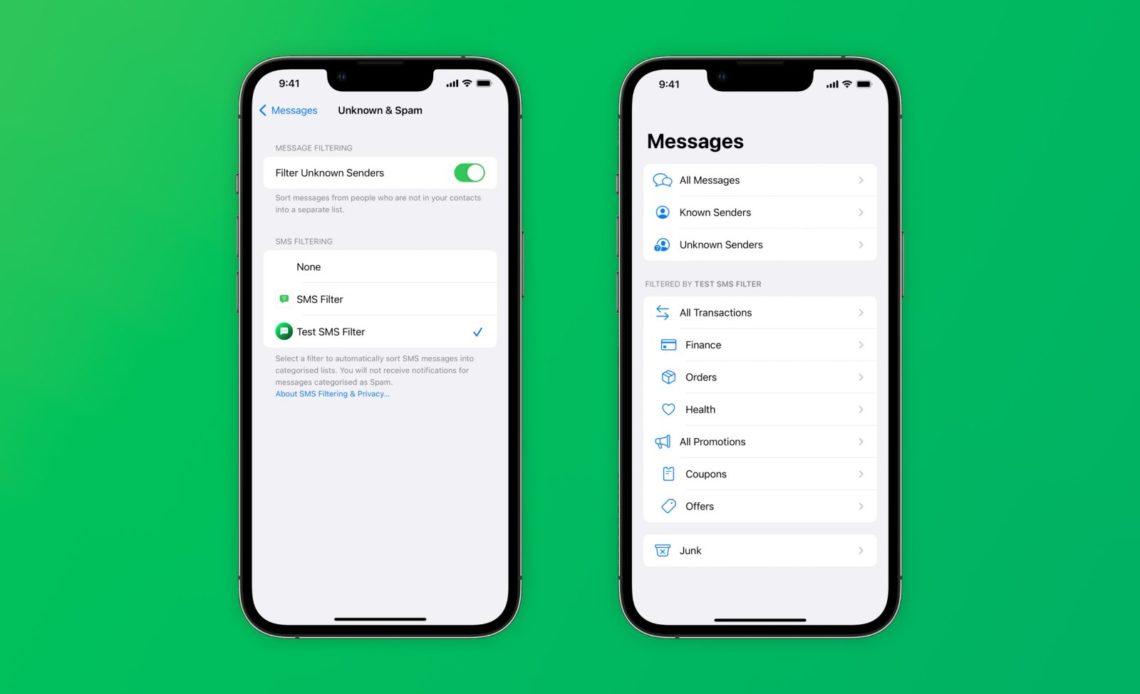 You may not be familiar with this, but iOS has APIs to let third-party apps detect and alert users about spam calls and SMS. With iOS 16, the SMS filtering API is getting an update to support even more categories in the Messages app.

This API was introduced back in 2017 with iOS 11, and it basically integrates spam database apps into Apple’s Messages app. That way, every time you receive a message from a number reported as spam, it automatically goes to a separate inbox. Now with the latest version of iOS, developers will be able to filter spam messages into even more different categories.

iOS 14 introduced two new different categories for spam SMS in addition to Junk: Transactions and Promotions. For example, SMS with banking transaction alerts go into the Transactions folder, while SMS with offers on products and services are kept in Promotions.

As detailed by Apple in a WWDC 2022 session, iOS 16 adds 12 new subcategories to the SMS filtering API. These are:

Apple’s Messages app identifies which types of categories are supported by the SMS filtering app installed on the device and will show only those categories to the user. For example, an app can filter SMS only by Finance and Orders in the Transactions category.

Apple notes that SMS filtering apps use a local database to identify the subject of a message, so the app doesn’t need to upload the user’s messages to a server in order to work.

Interestingly, Apple has its own SMS filter built into iOS, but there’s a catch. Right now, it is only available for users in Brazil and India – as these countries are heavily affected by SMS spam. With iOS 16, some of the new SMS filtering subcategories will be available by default in India, but users in Brazil will continue with the Transactions, Promotions, and Junk categories.

Apple’s SMS filter is based on machine learning to identify whether a text message is spam, and if it is, it also identifies in which category it belongs. There’s no word on when Apple will expand this feature to more countries, but luckily developers can build apps based on this API for everyone.

iOS 16 is currently available as beta software for developers. A public beta will be released next month, while the official release is expected this fall. More details about the message filtering API can be found on the Apple Developer website.