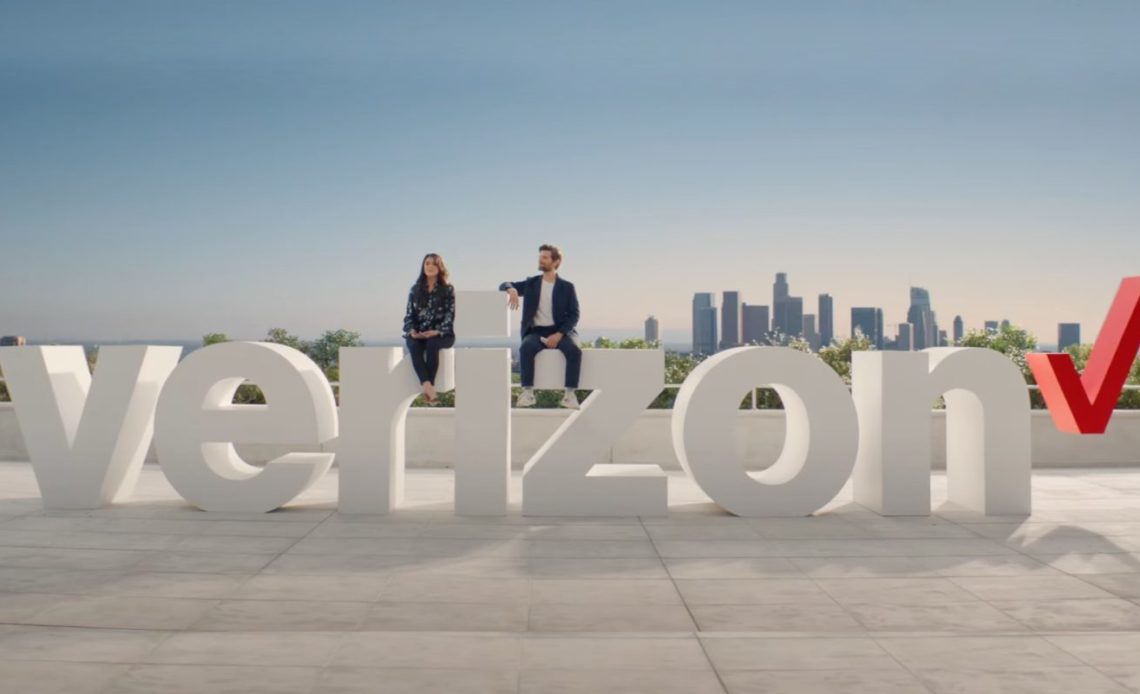 Apple TV+ stars Adam Scott (Severance) and Cecily Strong (Schmigadoon) are promoting the new Verizon One Unlimited plan for iPhone as part of a marketing campaign between Apple and Verizon.

Verizon is the exclusive carrier in the United States to offer a mobile phone service plan with Apple One as a perk. Single line customers get Apple One Individual ($14.99/mo value), and two lines or more gets Apple One Family services included (usually $20/mo on its own).

Apple and Verizon are collaborating on marketing the new plan, alongside the launch of the iPhone 14. From inside Apple Park, Apple Services VP Peter Stern and Verizon execs presented some exclusive first looks at upcoming content across Apple Music, Apple TV+ and Apple Arcade.

You can see the TV commercial here, at the end of the First Look presentation:

Unfortunately, some of the compositing work in the ad leaves a little to be desired. The screenshot of Severance on the phone screen is roughly pasted into place, lacking any sign of a notch or Dynamic Island cutouts …

Sci-fi drama Severance is about to head into production on season two this October, so a release on Apple TV+ is at least a year away. Broadway musical parody comedy series Schmigadoon wrapped production on its season two recently, so you can expect to see that hit Apple TV+ sometime next year.