Send Later with Mail: How the new scheduling feature works in iOS 16 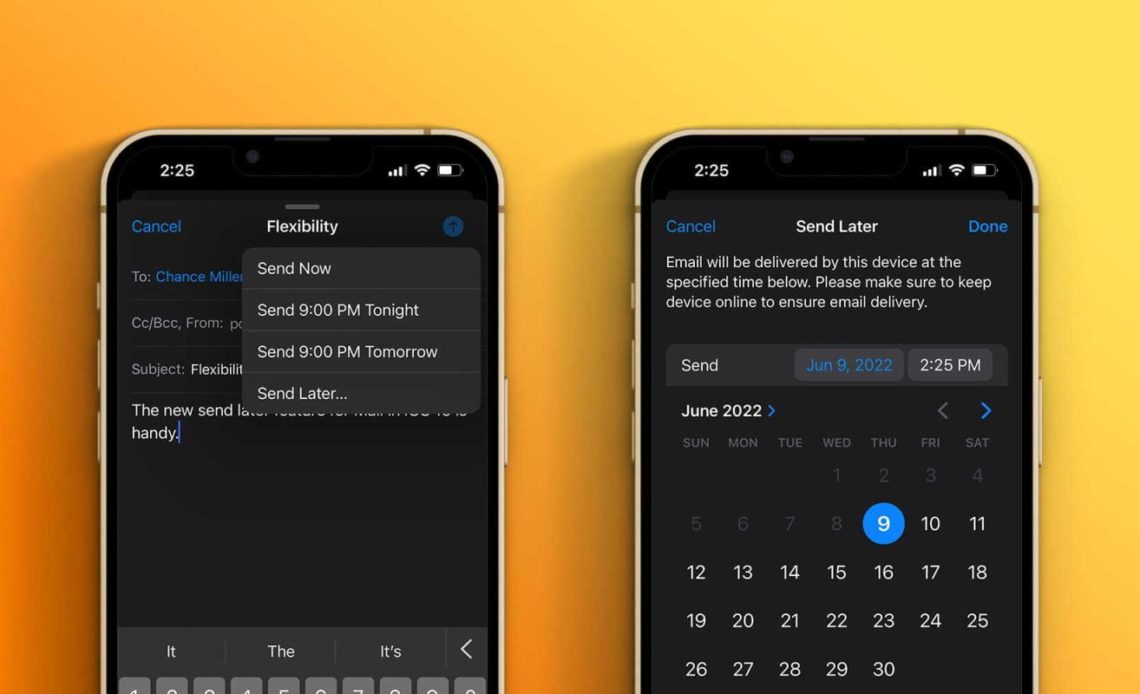 The Mail app gets some valuable enhancements with iOS 16. One of the headlining features is the ability to schedule emails to be sent at a specific time. Follow along for a hands-on look at how it works to Send Later with Mail on iPhone.

Apple’s Mail app has gotten a mix of new features with iOS 16. Several of the major ones are the option to Send Later, Remind Later, and even unsend an email if you act quickly enough.

Below we’ll focus on how it works to Send Later with Mail on iPhone.

Send Later with Mail: How scheduled email works in iOS 16

Here’s how the Send Later with Mail feature looks in iOS 16 along with some more details:

Back on the main Mail screen, you’ll see a new Send Later location. Tap it to see all of your scheduled emails.

You can swipe from right to left to delete one or tap on one and choose Edit to change the scheduled send time.