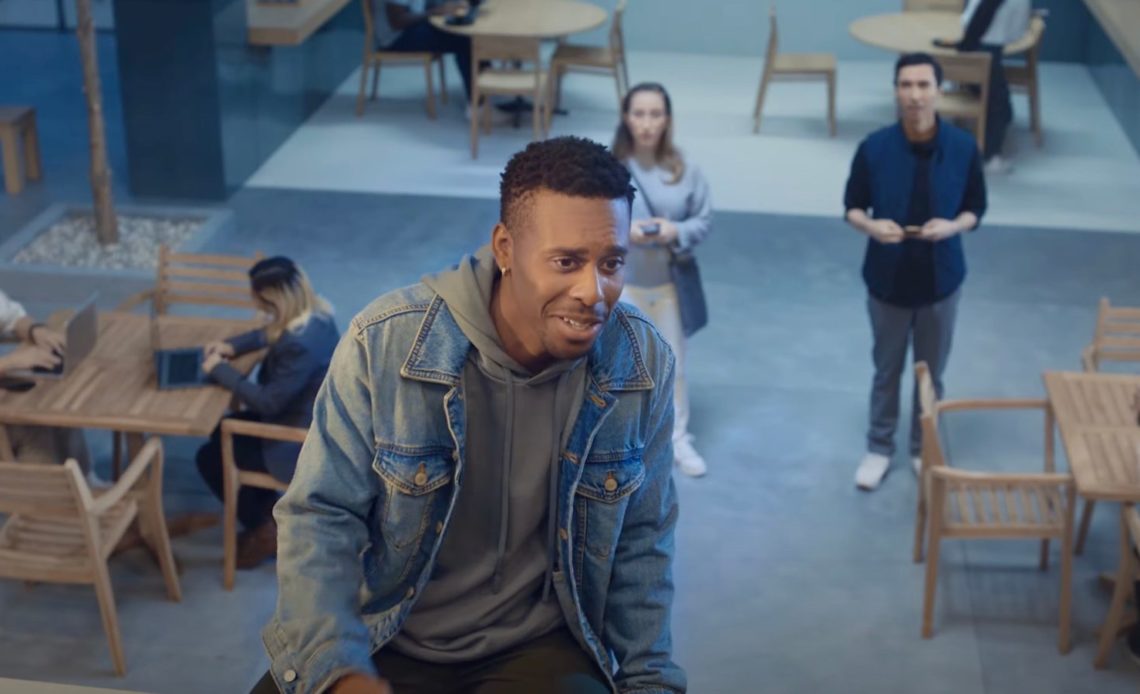 Samsung is continuing its obsession with Apple, this time with a new ad mocking the company for not releasing a foldable iPhone. The video argues that it’s “time to get off the fence” and make the jump to Samsung devices, rather than “wait” for Apple to match the features and products it already offers…

Samsung has been heavily targeting iPhone switchers with its recent ads. Following the announcement of the iPhone 14, the company sent a series of tweets making fun of Apple’s latest flagship devices. The insults ranged from the lack of a foldable/flip design, the camera hardware, and more.

Even before the iPhone 14’s release, Samsung said: “Innovation is not coming soon to an iPhone near you. It’s already here in the galaxy.”

This time around, Samsung is once again targeting Apple’s apparent lack of innovation with a new ad titled “On the fence.” The ad features an iPhone user sitting on a fence, about to make the jump while fellow Apple users try to convince him to stay. “‘I’m going to Samsung’s side, they have folding phones and epic cameras,” the person says.

The other iPhone users say they are “waiting for all that to come over here,” to which the switcher questions why they’re waiting when everything’s already available on the “Samsung side.”

Apple is investing in foldable iPhone development, but it’s unclear when or if a device will ever hit the market. Many of the early Android phones with foldable and flip designs also come with a number of different compromises. As usual, Apple is waiting until the tech is more advanced before publicly releasing anything.

You can check out the full video below. What do you think of the new Samsung ad? Clever or cringe? Let us know down in the comments.