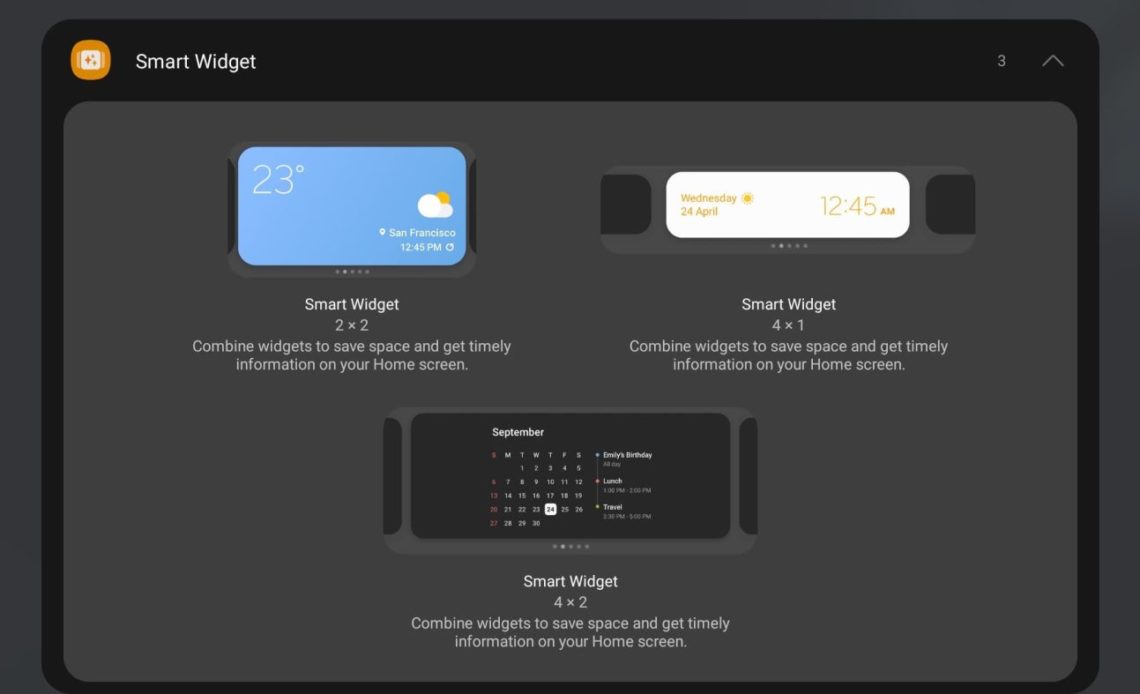 Samsung improved on Android 12’s big widget push by letting you combine them and have multiple occupy the same spot on your homescreen. After being exclusive to the latest One UI 4.1 phones, Smart Widgets are now appearing on Samsung’s Galaxy tablets, including the Tab S8.

On our standard-sized Tab S8 running the March security patch and released on April 15, there’s a new “Smart Widget” item at the very top of the Widgets list. Expanding reveals three sizes: 2×2, 4×1, and 4×2.

Combine widgets to save space and get timely information on your Home screen.

The 2×2 widget is not resizable, but the other two can be expanded to span the entire width of your screen. Long-pressing on a grouping allows you to access any available customization options for the current widget, remove it, or add a new one.

Settings, next to Remove, lets you customize with a fullscreen UI and toggle on/off “Auto rotate widgets.”

Rotate widgets automatically to show you the most relevant information.

Like on phones, you swipe left or right to cycle through widgets, with an indicator at the bottom noting how many are available. This was a recent addition and looks to have been installed with the aforementioned mid-April update. Availability does not appear to be widespread at this point.

On phones, availability is limited to the Galaxy S21 and S22. Smart Widgets were not available on the Tab S8, despite debuting with One UI 4.1, at launch. It’s remarkably efficient, though slightly more useful on display-constrained phones than tablets.