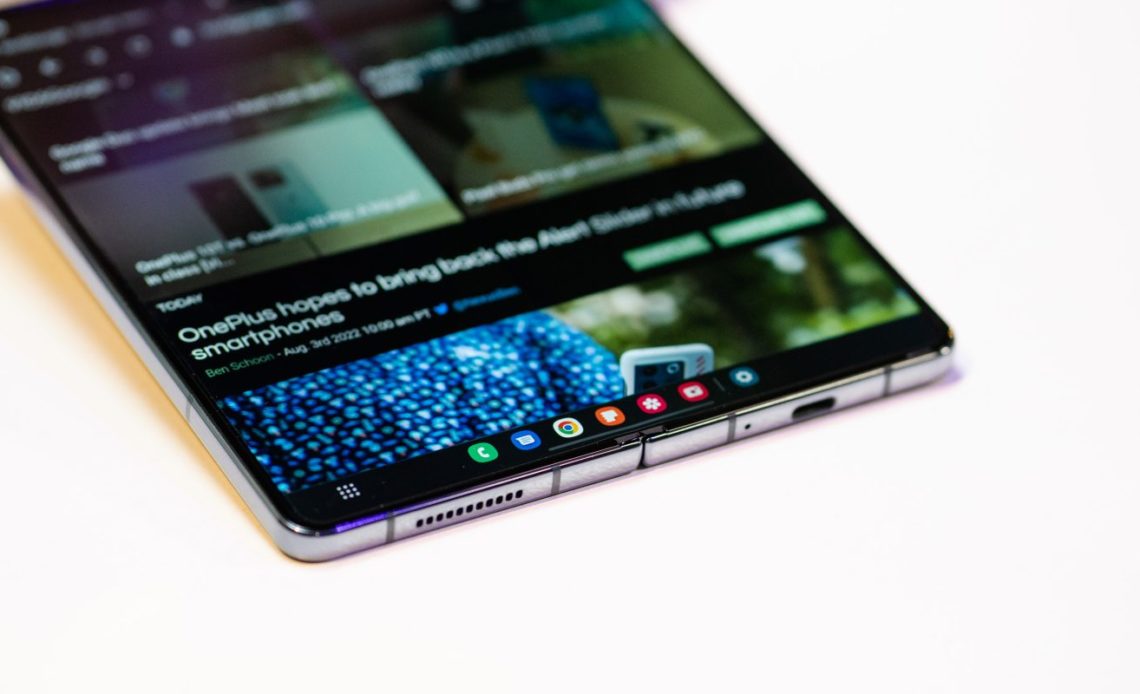 Android 12L’s key feature for tablets and foldables is the taskbar, but there’s a quirk on Samsung devices that disables the taskbar when using a third-party launcher.

Samsung rolled out Android 12L as a part of its One UI 4.1.1 update, bringing Google’s latest big-screen features to its foldables and tablets. With that update came the taskbar, which arrived first on the Galaxy Z Fold 4, but has since expanded to Galaxy Z Fold 3, Galaxy Tab S8, and Galaxy Tab S7 too.

One minor side effect of using the Android 12L taskbar on a Samsung device, though, is that the feature is disabled when using a third-party launcher. Options such as Nova Launcher or Niagara will disable the option to turn on the taskbar in the settings menu.

While this is a little frustrating, it makes sense to some extent.

Digging into the settings on the Galaxy Z Fold 4, it’s relatively easy to bypass the greyed-out taskbar toggle in Samsung’s version of Android 12L. Going to Settings > Display > Navigation bar and scrolling down to the “Looking for something else?” section has a shortcut to the taskbar’s setting. Tapping that reveals the option to turn on the taskbar even if you are using a third-party launcher, but it’s prety easy to see why Samsung disabled this option.

Just within a few minutes of using the taskbar on the Galaxy Z Fold 4 with Niagara Launcher – one of the few launchers that makes sense with the Fold 4’s two displays – you’ll notice the taskbar still shows on the multitasking menu, and often breaks, showing no apps at all. In the day since I first tested this, I’ve also noticed the taskbar tends to glitch more and more often, requiring toggling the feature on and off to fix it.

This seems like behvaior we’ll see sticking around for the forseeable future, but perhaps like issues with navigation gestures and third-party launchers, Android will expand the feature over time.