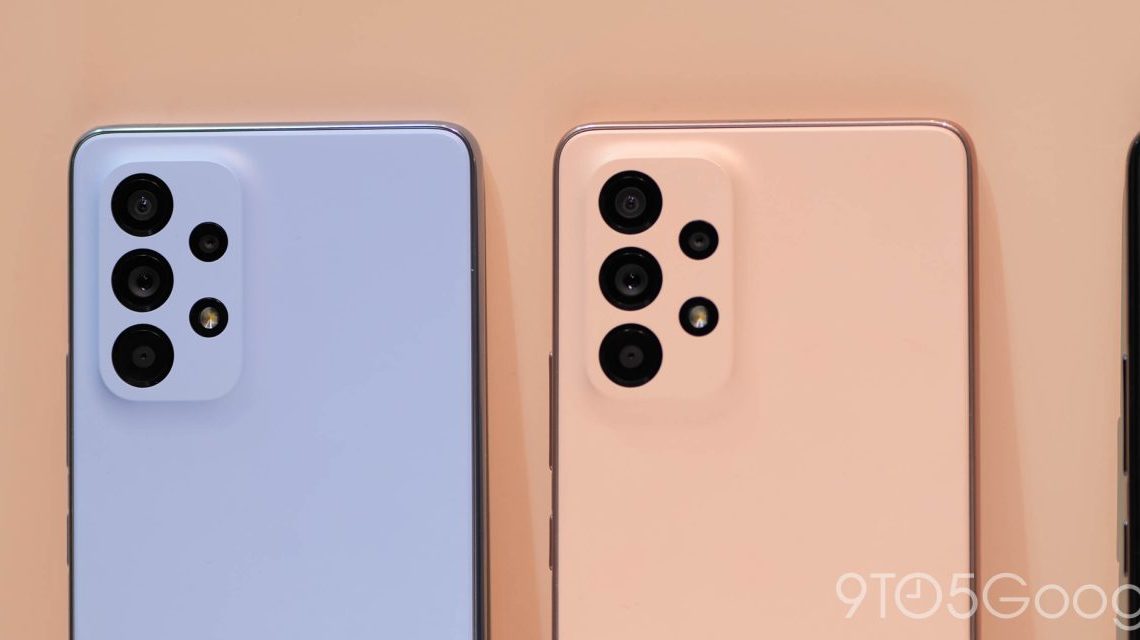 Ahead of the new year, two of Samsung’s upcoming launches have been tipped off. New leaks show off official-looking images of the Samsung Galaxy A34 and the Galaxy A54.

The folks over at TheTechOutlook obtained and published official-looking 360-degree renders of the Galaxy A34, the next in Samsung’s line of popular midrange smartphones.

These images show off a phone that’s similar in design to what we’re expecting to see on the Galaxy S23 series when Samsung unveils those devices in February. The corners are rounded off with each of the three rear camera lenses popping out of the back just a bit. Up front, the bezels are thicker than Samsung’s flagships but on par for the average midrange device. There’s also a teardrop notch cutout for the selfie camera instead of a hole punch.

The Galaxy A34 is pictured in black, violet, lime, and a stunning rainbow silver. That last color is reminiscent of Samsung’s Galaxy Note 10 series, but the Galaxy A34 will likely adopt that look with plastic materials instead of metal and glass.

Samsung is expected to equip the Galaxy A34 with an Exynos 1280 chip and a 6.5-inch display, though the device is rumored to use MediaTek’s Dimensity 1080 in some regions.

Meanwhile, the folks over at Android Headlines have published renders of the Galaxy A54. Like the A34, this device adopts the look of the Galaxy S23, and it seems to be going for a similar color palette to the A34 as well. The only big difference is the hole punch camera on the Galaxy A54.

The outlet notes that the device will be extremely similar in size to its predecessor, and other past leaks have pointed to a 6.4-inch display, 5,000 mAh battery, and a triple-camera setup.

When will these devices launch? That’s not entirely clear at this point, but sometime in the spring or earlier would be in line with Samsung’s usual schedule.