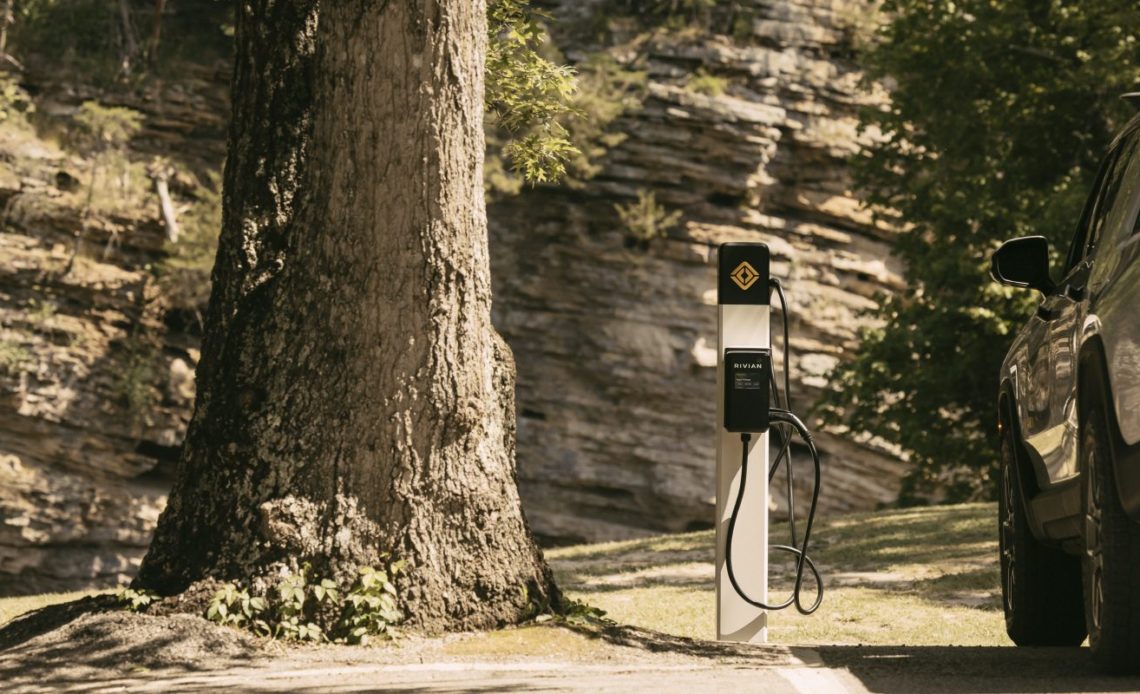 Rivian has announced a new partnership with the Tennessee Department of Environment and Conservation (TDEC) to deploy charging stations at all state parks.

It’s the electric automaker’s latest move toward deploying charging stations in a place where its electric buyers can have adventures.

Rivian has been marketing its electric vehicles as “adventure vehicles.”

One of the ways it plans to make that true is by building charging infrastructure in more remote areas to enable Rivian owners to go on adventures.

The automaker made that clear when unveiling its electric vehicle charging strategy earlier this year.

Rivian discussed that it planned to partner with park services to deploy chargers in state and national parks — starting with a partnership with Colorado state parks.

Now, the automaker is announcing a partnership with the Tennessee Department of Environment and Conservation (TDEC).

The plan is to deploy charging stations at all 56 state parks:

“The goal is to have charging stations available at all 56 state parks systemwide, depending on the availability of electricity and planned future park upgrades.”

This is a significant deployment of charging stations for the state and the second big announcement on that front in Tennessee after a statewide charging network was announced earlier this year.

“Tennessee is at the forefront of innovation and infrastructure development, and we’re committed to the future of the automotive industry. This collaboration will support Tennessee jobs and enhance our already unmatched state parks.”

The new chargers will fall under Rivian’s “Waypoint” charging network, which consists of level 2 chargers.

“Tennessee’s State Parks will be home to some of our very first Rivian Waypoints and at the forefront of our plan to provide accessible EV charging to those adventuring in America’s most beautifully preserved environments,”

The chargers will be able to charge all EVs, not just Rivian vehicles, and they will be free at first.

A cost could be introduced in the future to compensate for electricity rates.

Rivian said that it will “begin site surveys and engineering over the summer, with installation beginning as early as fall 2021 and stretching into March 2022.”