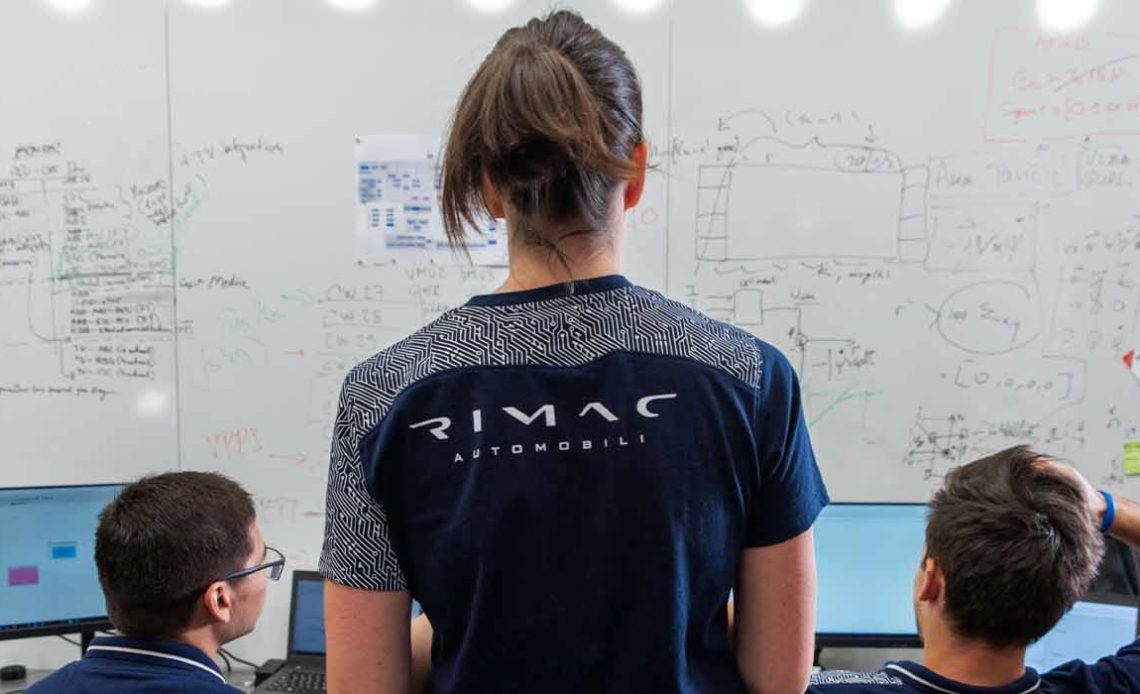 Less than a week after start of production for its first scaled electric hypercar, Rimac Group continues to expand its growing EV battery business, offering a one-two punch in a relatively nascent industry. Rimac is reportedly developing 46mm battery cells of various heights, similar to Tesla’s more energy dense 4680 cells that have recently begun rolling out in its EVs.

Rimac Automobili was founded in Croatia in 2009 and has been developing technologically advanced electric hypercars since. Its first EV, the Concept_One, was introduced in 2016 and is considered one of the world’s fastest production vehicles, although that production run only consisted of eight units.

Rimac followed up with the Concept_Two – which debuted in 2018 – and eventually evolved into its production form renamed the Nevera. This larger scaled EV officially began start of production this month, after years of development and delays brought on during the pandemic.

Rimac Group is currently erecting a new $224 million headquarters in Zagreb, Croatia, which will be home to its Rimac Bugatti joint venture with Porsche, Rimac Automobili, and Rimac Technology – the group’s separate arm that develops batteries, converters, and other vehicle systems for itself and other OEMs. Per its website:

Rimac battery systems provide the highest power and energy density, engineered to be manufactured at high volume. Our experience is built up from over 10 years of developing high-performance batteries for over 30 different projects, commissioned by more than 10 global OEMs.

Rimac already has a dozen projects in place with other automakers, some of which include supplying battery cells. According to a recent report of of Europe, the Croatian automaker is emulating Tesla and developing its own 46mm battery cells. But unlike Tesla, Rimac is exploring varying cell heights for its new EV modules.

Like Tesla, Rimac develops its own 46mm battery cells

News of Rimac Group’s transition to 46mm battery cells comes from Automotive News Europe, who says the company is simultaneously developing unique modules to house the cells. The technology itself emulate fellow EV automaker Tesla, who first introduced its potential in its 4680 cells.

The name is derived from the larger, more energy-dense dimensions of the battery cells, which are 46mm in diameter and 80mm tall. According to Wasim Sarwar Dilov, Rimac Technology’s head of research and advanced engineering, its cells won’t be limited to just 80mm and will be “varied heights.”

Dilov also said Rimac’s battery technology side hustle is currently chatting with three battery manufacturers to supply cells for its new EV modules which will be the foundation for its future programs. Which cell manufacturers are in discussions is unknown, but you can probably narrow it down to at least five big names.

Although both Porsche and Hyundai Motor Group have minority stakes in the company, it is free to supply other automakers with its technology, and it has. Rimac says it has twelve separate projects with different automakers in the works and according to Dilov, most of them are not for current investors.

Rimac did divulge the names of two customer agreements for battery packs – Aston Martin for its Valkyrie hybrid and Koenigsegg in Sweden.

Looking ahead, Rimac’s 46mm battery cells will be an integral part of structural battery packs it is working on that will implemented within the car’s body rather than typical battery boxes within box platforms that are commonplace today.

To compliment the more energy dense cells, Rimac is working to slenderize the rest of the battery pack to deliver the best conversion efficiency rate as possible. The Rimac Nevera is currently at 67%, but the goal is to develop modules that deliver an efficiency of 75% cells per pack before their aimed start production in 2025.

In addition to 46mm battery cells, Rimac Technology also develops its own UX, infotainment, and performance software, a factor Dilov believes can separate the company from other automakers like Tesla:

Our hardware is great, but so is lots of hardware. With our software however we can extract more performance from any given cell than our competitors.