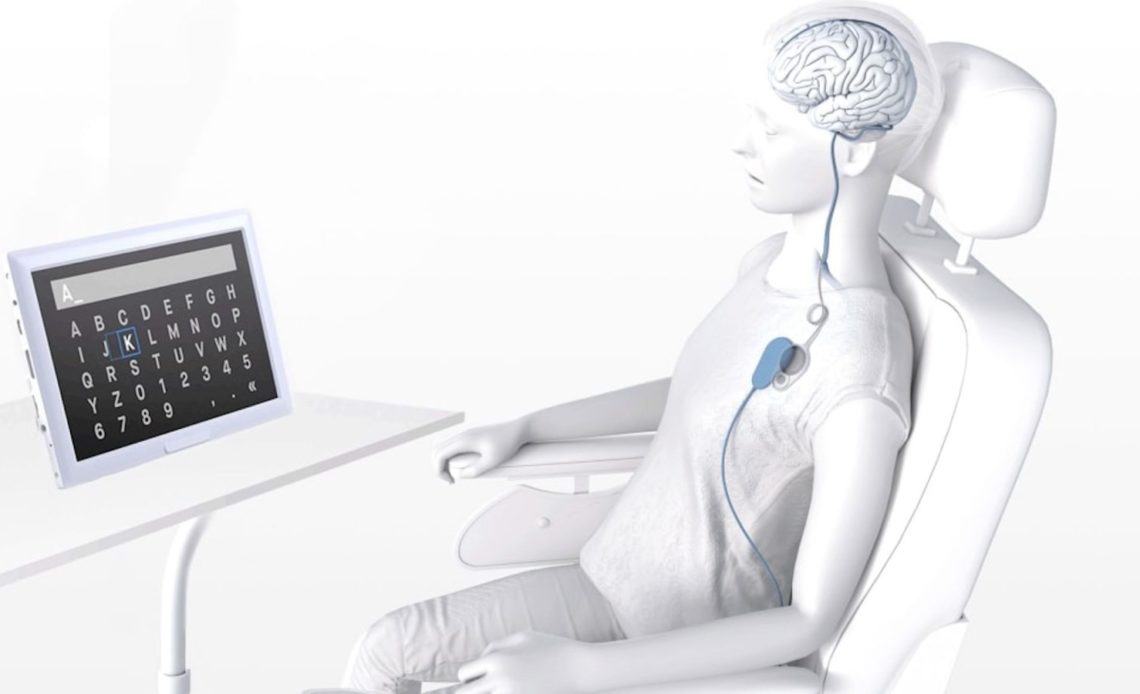 Apple’s platforms have long been praised for their dedication to industry-leading accessibility features. Apple itself does an excellent job in this regard, but there’s also an entire industry of other companies and researchers developing innovative new ways to use iPhone and iPad for improved accessibility.

A new story today from Semafor highlights ongoing work by New York-based company Synchron, which is working on computer-brain implant technology that allows patients to control an iPhone or iPad using their brain.

According to the report, Synchron currently has six patients using its “Synchron Switch” device, which is surgically implanted in the patient’s brain. Synchron is the first company to receive approval from the US Food and Drug Administration to “run clinical trials on a computer-brain implant.”

Tom Oxley, Synchron’s cofounder and CEO, explained to Semafor that the skills needed to implement the sensors are “commonplace.”

An array of sensors made by Synchron called a “Stentrode” is inserted into the top of the brain via a blood vessel in a minimally invasive procedure. It’s controlled wirelessly using the Synchron Switch from the patient’s chest.

Oxley said the skills needed to implant the Stentrode are commonplace, and that level of simplicity is key to the company’s business strategy. Implanting a device directly on the brain would require neurosurgery, a discipline with a shortage of doctors.

There’s currently one patient using the Synchron Switch with an Apple device: Rodney Gotham, a retired software salesman in Melbourne, Australia, who had the device surgically implanted in his brain at Royal Melbourne Hospital.

Gorham suffers from amyotrophic lateral sclerosis, a debilitating disease better known as ALS or Lou Gehrig’s Disease. He relies on his iPad as his main form of communication. The Synchron Switch works by converting Gorham’s thoughts into action on the iPad’s display. When he “thinks about tapping his foot, his iPad registers that as the tap of a finger on the screen,” the report explains.

As it stands today, the research done by Synchron is still in early stages, but the company is believed to be well ahead of the competition. The report points out that Apple itself is dedicating research efforts to similar technology, funding a team at Carnegie Mellon University working on computer-human interfaces.

“We’re excited about iOS and Apple products because they’re so ubiquitous,” Synchron’s co-founder and CEO said. “And this would be the first brain switch input into the device.”

My mom was diagnosed with ALS in May of this year and has relied exclusively on her iPad for communication since February, when she started to lose her ability to speak. Since then, she’s fully lost her ability to speak and can no longer use her hands or arms. Despite this, she’s able to communicate with us thanks to an app on her iPad Pro called Vocable, which uses head-tracking to allow her to type using an on-screen keyboard.

Here’s one of my favorite pictures of all-time, taken at my wedding in July. My mom is using the Vocable app on her iPad to communicate with my wife, Emily, saying: “U lk stunning.”

There are a number of other options out there as well, including things like the TD Pilot from Toby Dynavox, which adds eye-tracking directly to an iPad. Apple itself has head-tracking technology built in to iOS and iPadOS, and there are countless third-party apps in addition to Vocable.

Research such as what’s being done by Synchron won’t be widely available in my mom’s lifetime. Still, it’s incredible to think about what this sort of technology will do for generations to come. There are wide-reaching implications not only for people with ALS, but also many other diseases.