Remind Later with Mail: How to get more efficient with email in iOS 16 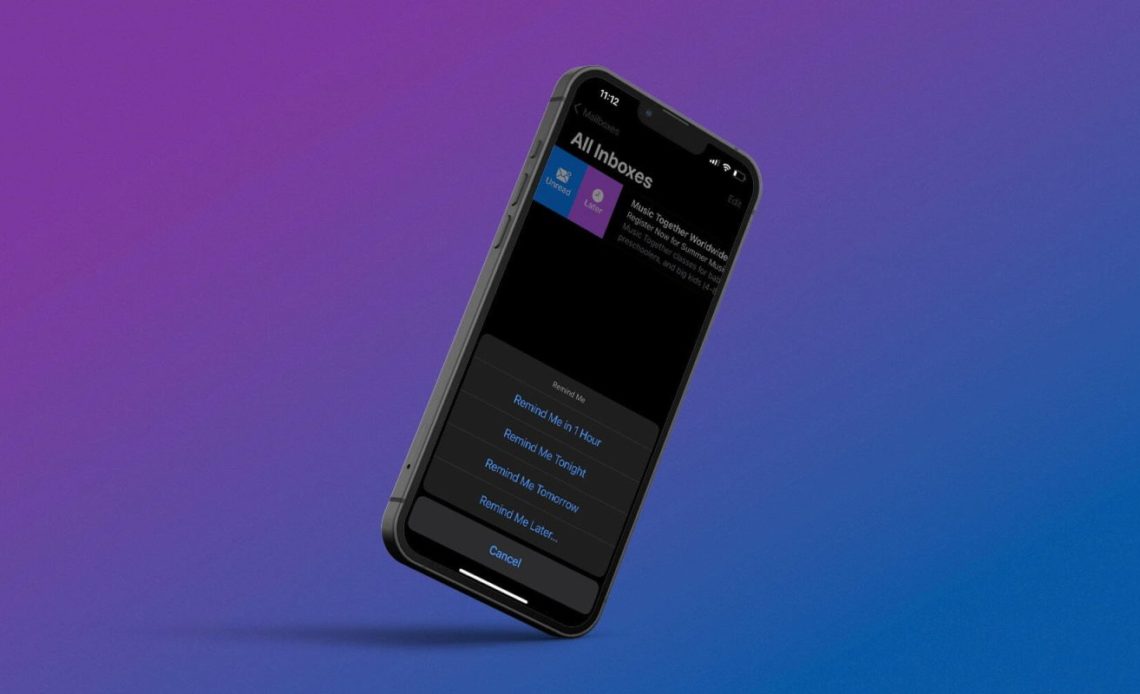 The Mail app gets some nice improvements with iOS 16. One of the headlining features is the ability to set a future reminder for an email while simultaneously cleaning up your inbox. Read along for a hands-on look at how it works to Remind Later with Mail on iPhone.

Apple’s Mail app has a range of new features with iOS 16. Some of the major ones are the option to Send Later, Remind Later, and even unsend an email.

Below we’ll focus on how it works to Remind Later with Mail on iPhone.

iOS 16 is currently available as a developer beta. The free public iOS 16 beta is scheduled to launch in July. Learn more about installing iOS 16 in our full guide.

Here’s how it looks to use the Remind Later with Mail feature on iPhone:

Interstingly, when you use Remind Later with Mail, the email that’s scheduled for a future reminder is actually sent to the trash folder.

You can find it there if you want to change the scheduled reminder time or remove the reminder.

In early testing, the first reminder worked for us, but editing the reminder date/time appeared to break the functionality. This is likely just a big with the first beta.