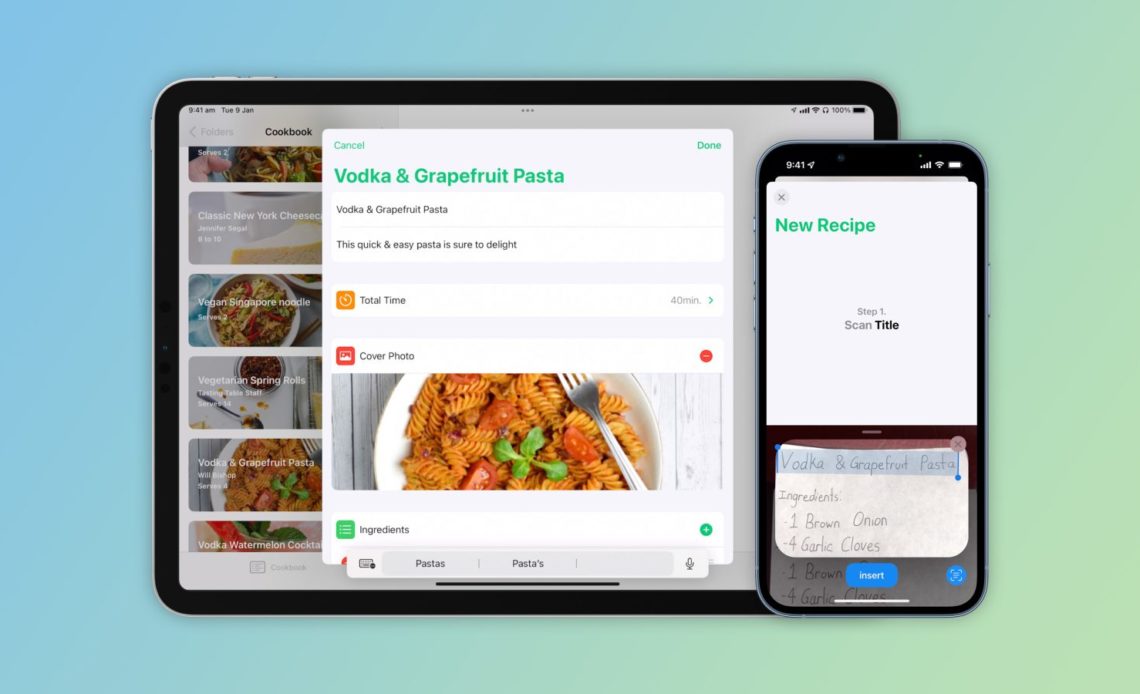 We recently covered an update to the recipe app for iOS “Pestle” that added new sharing options for users. Now indie developer Will Bishop, who’s also behind Chirp for Apple Watch, is releasing a major update to Pestle with a new editor, photo scanner, Quick Notes support, and more.

For those who have never used Pestle, it is an app that lets you import recipes from any website. The app turns them into a step-by-step process automatically. Previous versions already let you cook with others using SharePlay, use voice commands to skip to the next step in the recipe, and even print out a recipe.

With version 1.1, the app is getting even more features. The Recipe Editor has been completely revamped with more options, so you can now edit nutrition information, add sources, and even video URLs. And thanks to the Live Text API on iOS 15, Pestle is now able to scan physical recipes from photos to turn them into digital recipes.

Another new feature of the new version, this time focused on iPad users, is support for Quick Notes. In iPadOS 15, you can quickly drag from the right corner of the screen to create a quick note about the recipe you looking at with a direct link to the app. According to the developer, the update also fixes overall bugs.

If you want to give the app a try, Pestle is available on the App Store for iPhone and iPad as a free download with in-app purchases. You can read more about Pestle here on 9to5Mac.