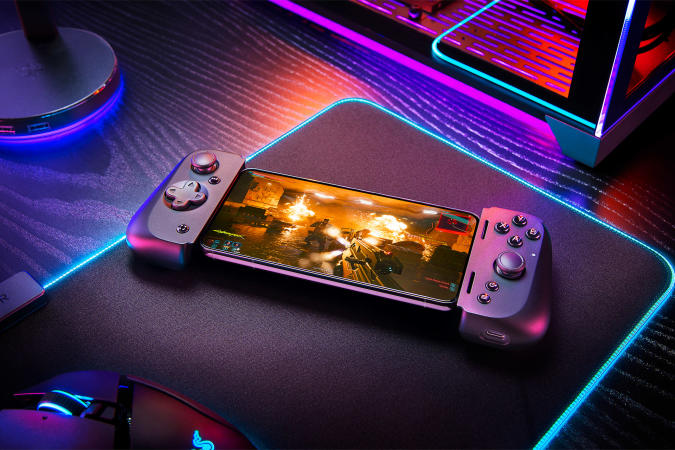 Razer is upgrading its Kishi mobile gaming grip for 2022. The Razer Kishi V2 is redesigned around a more-solid sliding bridge, which will allow for wider device compatibility compared to the original pad’s flexible bridge. The rubber inserts that hold your phone snug can also be removed, which Razer helpfully says will support “some phones with phone cases.” Good luck figuring out if that includes yours.

While the main inputs look unchanged, the V2’s switches — the things underneath the buttons that actually register that you’re pressing them — have also been reworked, swapping out membranes for the microswitches found in Razer’s Wolverine console pad. There are also tweaks to the function keys, with a dedicated ‘Share’ button added at the front and a pair of programmable bumpers situated next to the shoulder triggers.

The Share button will only work with Razer Nexus, the company’s new companion app for Android that it hopes you’ll launch your games from. Nexus will also help you discover compatible games, stream your gameplay to YouTube or Facebook, tweak controller settings and program those new bumpers.

As with the original pad, the Kishi V2 connects over USB-C, avoiding the latency of Bluetooth options. The Android version is available today for $99.99, and an iOS version will hit the market this fall.