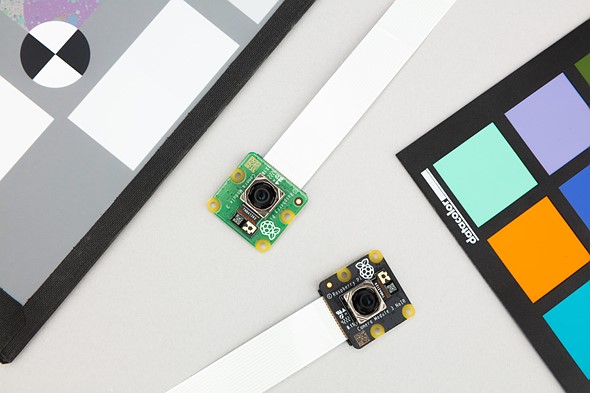 Raspberry Pi has announced Camera Module 3, a new series of camera systems designed for use with the company’s line of compact DIY computers. There are four different variants of the Camera Module 3, each of which now have autofocus, improved resolution, HDR capture and more.

The Camera Module 3 is available in both a standard field-of-view (FOV) version with a 29mm equivalent focal length and a wide FOV option with a 17mm equivalent focal length. That comes out to a 66-degree horizontal FOV for the standard model and 102-degree horizontal FOV for the wide model. Each of these models is available in visible-light and infrared-sensitive variants, making for four total models.

At the heart of each Camera Module 3 is Sony’s 12MP (4608x2592px) Type 1/2.43 (5.6 x 4.2mm) IMX708 image sensor – the same found in the ultrawide camera module in Oppo’s Find X2 smartphone. The module also has a 3MP HDR mode that uses the sensor’s Quad Bayer technology to capture multiple exposures at the same time and merge them together for optimal dynamic range, even in high-contrast scenes.

Video can also be recorded at 1080/50p, 720/100p and 480/120p. While this is limited, there have been hacks in the past to get even higher framerate video from past Raspberry Pi Camera Modules, so it’s likely possible we’ll see DIY hackers get even better video performance from Camera Module 3 in the future.

Also new to Camera Module 3 units is autofocus. The lens assembly inside the camera module uses voice-coil actuators to focus the camera on the subject. By default, Raspberry Pi says the sensor is tuned to focus on the middle of the scene, but DIY creators should be able to implement various autofocus modes should it be required. Below is a demonstration video of the autofocus performance in action: