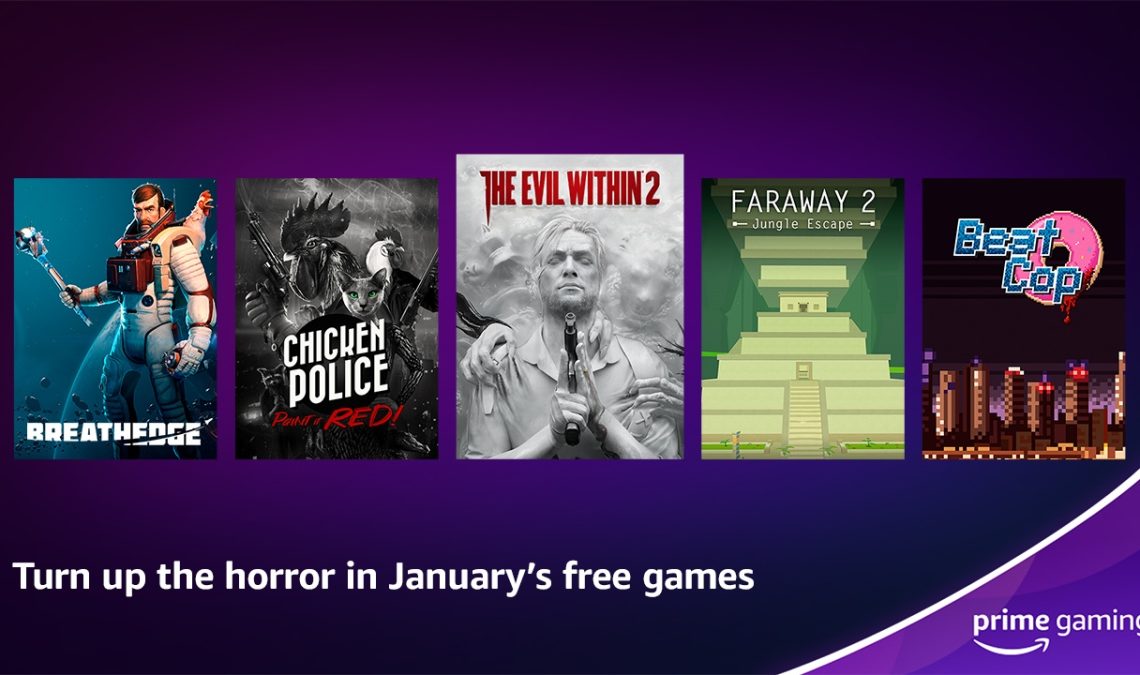 Amazon announced the first batch of games coming to Prime Gaming subscribers in 2023. In January, both Prime subscribers and those who use the Prime Gaming channel on Amazon Luna have access to a number of free titles. These include The Evil Within 2, The Jackbox Party Pack 2 and Lawn Mowing Simulator. All games are available now.

The first batch of games is in the Free Games with Prime offering, which is available to all Prime Gaming subscribers. These include The Evil Within 2, a survival horror title; Faraway 2, a side-scrolling puzzler; Breathedge, a space-based crafting adventure; Beat Cop, a pixel-art adventure game; Chicken Police — Paint it RED!, a comedic buddy-cop adventure game; and Lawn Mowing Simulator, which is pretty much exactly what it sounds like.

As usual, Prime Gaming offers a number of other goodies to subscribers throughout the month. These include cosmetics and bundles for Apex Legends, League of Legends, Valorant, Rainbow Six Siege and Lost Ark. According to Amazon’s previously released numbers, users claimed over 420 million such items in 2021.